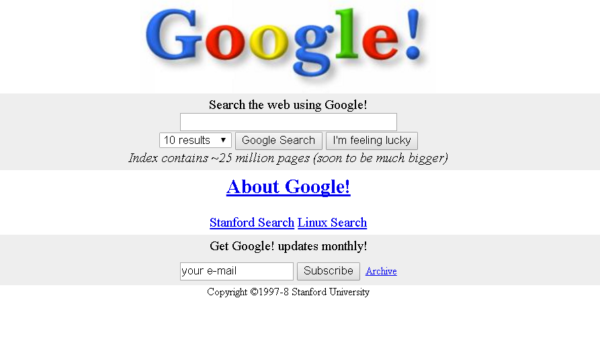 Bruce Charlton reports that traffic to his site has declined by half following what he guesses are changes on Google or other social media sites.

The most recent sign was a sudden halving in daily traffic from 20 to 21 April (from 3000 plus to about 1500 views) – presumably as the result of some search-engine change, presumably related to the new wave of fake-‘fake news’ anti-Left dissent-suppression.

We know that Google has made over 1600 changes to its site over the past year and plans more, including Project Owl, a measure designed to stop “fake news” from proliferating by filtering it out of search results. In addition, facing a boycott by advertisers, Google is experiencing revenue drop from an inability to show many ads on “offensive” materials.

If Silicon Valley follows previous patterns, its new changes will benefit Establishment media sites like The New York Times and penalize independent bloggers, small news agencies, and those who have off-mainstream opinions that might be considered “offensive” by some vocal members of the herd.

Unlike traditional censorship, this type of filtering does not seek to obliterate other voices, only marginalize them to the point where the average person will not encounter them. In addition, it is not enacted through a monopoly on legal force, as occurs when a government censors, but through independent businesses that use the power of their monopolies to exclude dissident voices.

This more than anything shows the Alt Right where it must go next: it needs to fund and develop its own search engine, in addition to its own media, so that there is an alternative to the big media stream of press releases and lobbyist statements. The Left has decided on its strategy, and it is one of creating an outsourced state media to suppress non-Leftist opinion.

More ominously for Silicon Valley, this development shows that Dot-Com 3.0 — powered primarily by social media — is turning into a bust, and the big companies are desperate to hang onto whatever audience they can, even though this audience are not particularly desired by advertisers, suggesting that we are seeing a wider crash of the consumer market.