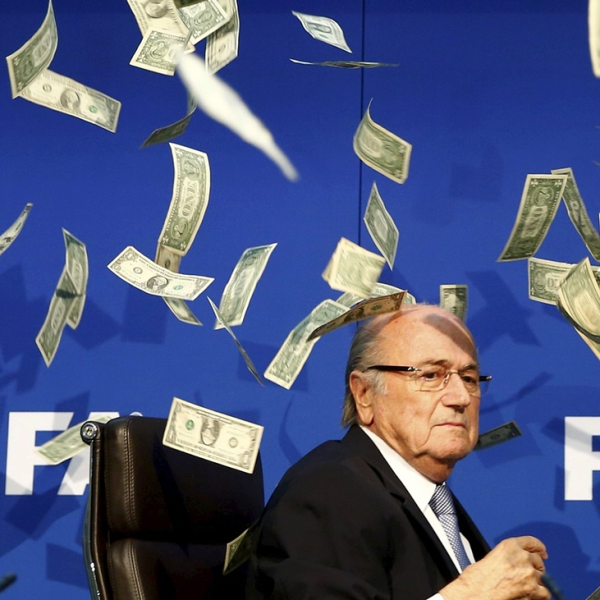 Our people hang on to one thing above all else: our economy with its technology will save us. This is why we live so long, have such comforts, and are wealthy. They do not want to face the obvious fact that our industry is oversold because it produces little of actual value, and exists on hype value alone.

Like dying civilizations, dying businesses go into a final period where people exist simply to milk the wealth of the past. They started with a useful product, but then the bloat got to them as it does in every human venture. The Crowd simply tears them apart with many demands: public image, hyping stock value, regulations, hiring enough people and making the right political statements. This reveals an inherent flaw in the democratic model from a business standpoint.

As a result, they stop improving their product in vital ways — in part from fear of disrupting what they know works — and instead start making many discoordinated tiny “improvements” which because they do not come from a singular focus and plan, actually make the product worse. At the same time, since their market is not expanding, they find ways to reduce cost so their new wider margins can take over the profit creation that they formerly received from an expanding market. This is why over time every product gets cheaper and more ornate, but does less well.

Right now, it seems like our internet wunderkind — Google, Apple, Twitter, Facebook and Amazon — are on top of the world. Millennials love their products and use them regularly. Their stocks trade highly. But as with all markets, the price is set by what people are willing to pay for something, and if that is based on illusion, it stays strong until right before it collapses.

Google has some obvious weaknesses. Its ad revenue per page has been declining for years because the internet is now coated in ads, and very few people on the internet actually buy anything. This has caused sites to become clickbait in order to draw in enough traffic to get a decent income from the lower-paying ads they now run; this in turn causes a concentration of traffic on relatively few sites. That puts us right back in the place where we were with old media where six big companies ran the show, and this has decreased the value of the internet as a news source.

Facebook wallows in weakness as well. It has tons of users because people can access it from at phones or on the job. The problem is that these people, beyond a few product categories, do not represent consumers. They are there to screw around. As a result, while Facebook and other social media have many users, they do not have many buyers. It’s not even clear that ads on these sites attract eyes from people who want to buy the products, which is why the ads are getting more random and more frequent, becoming a genteel form of spam. Twitter suffers the same problem.

Amazon similarly seems healthy on the outside but has deep problems within. It has a captive audience of millennials who buy products through it, but no longer has the advantage of being tax-free or even cheap. It is relying on convenience alone to sell products, and thus like many trends, it is running its course. Its improvements have essentially made it into a less unruly eBay, since it now has thousands of merchants and millions of individuals selling used products, but its market remains mostly entertainment products. As those wane, so does Amazon.

We have all heard of the miracle of Apple, but this is a company with a long history of having one good idea per decade and then declining growth. This occurs because the Apple model is based on hype: getting a whole bunch of people excited to spend credit and welfare money on trendy products. Over time, these products decline in cost and quality and the excitement moves on, as it did with the Macintosh in the 90s and the aging Apple PCs in the late 80s.

All of these products exist in cycles of hype. The cell phone was the “next big thing,” so the entirely industry reconfigured itself around selling apps and online games. But hype dies as its newness fades and its utility becomes revealed as relatively low. Government pumps the economy by dumping money on the theoretically impoverished, who can be counted on to spend it on gadgets and entertainment as the last sixty years of welfare spending show. This keeps the hype alive, but also makes these companies fragile.

Companies with declining futures tend to change audiences. In America and Europe, new products gain acceptance when the more cutting-edge users in the upper half of the middle classes adopt them. This group values its time intensely, and so is also the first to move on to what it perceives as better technologies or simply to flee from dying technologies. At that point, businesses try to find a new and easier-to-acquire audience, and so start moving down the socioeconomic ladder. This is how MySpace went from a place filled with college students to one cluttered with older people, and finally, became the general public and drove out the power users and upper half of middle class people. It is easier to acquire less discerning audiences, but it marks a decline in the product because less discerning buyers have less loyalty to brand and cannot be counted on to make the kind of analytical buying choices that advertising targets.

For these firms to get ahead, they would have to markedly improve their products. There’s not much chance of that once a company employs tens of thousands. Instead, they spread out and expand into as many areas as possible, adulterating their original focus.

The last two decades have shown America and Europe increasingly reliant on this technology-hype-welfare cycle. It has also been used to justify importing more H1-B labor, despite the fact that programming “by the pound” contributes to the bloat. Like our dying societies, these firms are built on hype and cannot improve, and instead keep the illusion afloat however they have to, knowing that someday — coming sooner than ever before — a collapse will take them into darkness.

Darkness and light | Why nationalism benefits all races