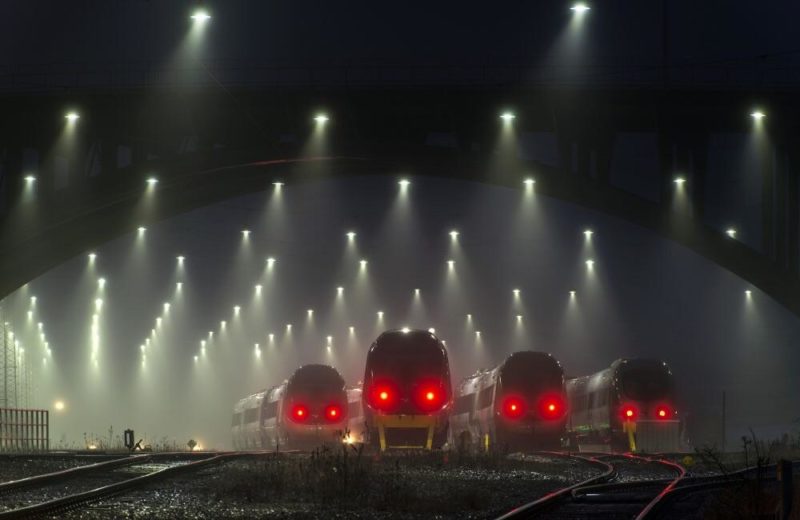 The Left exists in a world of absolutes. If something makes more equality, it is good in any context; if it does not, it must be suppressed or destroyed. This causes them to idealize some things without considering their background, including any effects past the present moment.

From that we see why Leftists live in a perpetual present tense composed of one-dimensional shapes (think of Plato’s cave here). Their ideology — basically a proxy for feelings, desires, and judgments that are a lowest common denominator between the individual and the herd — programs their brains to be simplistic, if they were not already.

As a result of this way of thinking, Leftists see diversity as perfectly good and like The Party itself, beyond criticism. However, as we move out of that perpetual present tense and start seeing the effects of the last six decades of diversity, immigration is revealing to us that diversity is paradoxical and not good at all.

Witness the first guarded expressions of the idea that diversity destroys identity and social order among immigrant communities, families, and individuals:

I want to bring to the forefront a thought that may seem peculiar to many Americans: that immigration is not always an unqualified good.

…When immigrants are primarily coming to the U.S. to flee violence and fearful conditions in their countries of origin, they are not weighing risks and benefits to make a well-reasoned choice. As new immigrants, they face unknown perils and are exposed to cultural forces that often contradict their own customs and beliefs, leading to family instability, fragmentation, and often dispersion, especially intergenerationally. When they forsake the land of their heritage, they lose their livelihood. Sometimes they lose the value of their education because they cannot practice the profession for which they trained. Some lose all their earthly possessions. They lose their communities and huddle in subcultures to survive cultural disorientation. They lose a sense of who they are and to whom they belong. In short, they are affected economically, morally, physically, psychologically, and socially in unpredictable and sometimes negative ways.

Americaâ€™s approach to immigration cannot only be that of the Good Samaritan: have mercy on the immigrant and the refugee and give him a home. Thatâ€™s the answer sometimes, but itâ€™s not sustainable. The more merciful answer â€” the truly good answer â€” is to do everything we can to give immigrants and refugees a future and a hope in their own lands.

We know already that diversity is toxic to its host majority. However, a Left-leaning immigrant expressing skepticism about its effects on fellow immigrants provides a change in our public discourse on the supposed panacea of diversity for those fleeing war-torn, corrupt, disorganized, dysfunctional, and otherwise typical third world countries.

Her article points out that on the contrary, diversity is a proxy for fixing the broken third world and giving people there hope through rule of law, functional institutions, hygiene, and political stability, even if not of the “make everyone incapable of thinking” variety that democracy uses. This means that diversity is not the best option, but what we have when we cannot have the best outcome.

This reveals the paradoxes of diversity. For immigrants to come here and not destroy our society, they have to assimilate which they cannot do as it involves destroying their own heritage. This was not a big deal for a Western European to transition from being German to being American, but for anyone not from Western Europe, it means being a conquered group, so they retaliate against the majority or lose all respect for themselves as they join the march of the cultureless.

Even if all goes well with immigrating, the process creates a society which is hostile to standards, customs, values, and goals in common. America made itself into a giant shopping mall with militarized police because it destroyed the social capital of shared culture and values, leaving only individuals desperate for the next trend or new experience to fill the void in their souls. This process will be even harder on immigrants in future generations. The ones who remember the old country will still have an identity, and their kids might as well, but after that, they will be hanging on to a phantom and feeling poorer for having lost the real thing.

Now the Left is slowly getting the inkling that they really screwed up by going full ethnic equality because diversity and immigration have destroyed the perceived legitimacy of democracy, which explains why so few people have faith in it anymore:

Eras of stable liberal democracies around the world, Mounk argues, have largely been characterized by relatively homogeneous populations. In Europe, for example, the rise of democracy and the breaking of empires â€“ like the polyglot Austro-Hungarian empire â€“ were inextricably tied to nationalism.

…Finally, immigration has increased since the mid-twentieth century, sparking racial and cultural anxiety in locations that have seen particularly rapid increases in diversity.

The consequence, Mounk argues, is that liberal democracy is coming apart. On the one side, we see the rise of â€œilliberal democraciesâ€ â€“ governments that claim to represent the â€œrealâ€ people of the nation, but have little regard for individual rights or constitutional norms. Many refer to these movements as populist. At the same time, others flirt with what Mounk calls â€œundemocratic liberalism,â€ a style of governance which preserves rights but at the expense of democratic engagement and accountability.

First, to dispense with some nonsense: Mounk has no solutions.

The most interesting suggestion, however, might be Mounkâ€™s call for imagining a new form of nationalism, which he calls â€œinclusive nationalism.â€ Instead of responding to the rise of nationalism with its polar opposite, utopian cosmopolitanism, Mounk says we need to â€œdomesticate nationalism,â€ and he offer a vision for an integrated society in which nationalism unites people, rather than divides them.

Wait… that sounds like… it is! …that’s simply civic nationalism, itself patriotism re-branded. This is not a solution, since it is something we have already tried which got us to our present position. Then again, after the warning of Athens, that people were stupid enough to try democracy and diversity again shows that they either do not care or cannot tell the difference between success and failure.

Mounk identifies populism as a movement to get in touch with the spirit of the people as opposed to the pure utilitarian number of votes, and because this is a spirit, it is not received directly but interpreted; Trump and Farage are mediums, reading the gut instincts their population have but cannot articulate, and channeling those into policy. In this he seems to be correct, since the voters rarely know what they want until it is presented to them.

In contrast, democracy and diversity can only operate on a utilitarian or quantitative level, meaning that when they are introduced most people report increased happiness or wealth. However, most human history occurs through qualitative change, which is that something better is found and discovered at first by natural elites (the “super users” of politics and socioeconomic status) and later by the middle classes. The spirit of the people is greater than “We The People” because the latter has no idea what it wants and can only react, thrashing and twisting like the cut-off tail of a gecko.

Liberal democracy came apart because it cannot handle this inner clash. When it asks what makes most people happy, they come back with incoherence and so the system slowly slides into the same doom that erased Athens from history. When it looks toward the qualitative, it contradicts its essential assumption of equality.

Diversity, through immigration, has forced this conflict upon us. People thought diversity was a good idea until they slowly — voters are idiots, just like people at amusement parks are idiots as a group, even if they are intelligent as individuals — realized what it actually meant. Now they are responding in panic, and democracy is imploding.

Instead of the “inclusive nationalism” recommended, it makes sense to go back to raw nationalism, or fixing the problems in the optimum way. We do not need immigration here, nor have we ever, although it helped us have cheap maids and lawn care, and these immigrants never needed to leave home; they needed their homelands to be brought out of the typical third world fugue of corruption, individualism, narcissism, and dysfunction.

This tells us what the post-colonial world really looks like. It was assumed that when the colonizers departed, each nation would run itself as its people saw best. That has failed in a miasma of human dysfunction, and now we have waves of refugees who seem hostile to their new host cultures. Obviously this is a non-solution.

To get out of this glitch of history, we can return to the idea not of physical colonization but intellectual colonization. The methods of the colonial nations worked better than what was before or came after them. The colonizers can stop apologizing, and the colonized can start emulating that.

As part of the end of apologies, we no longer need to demonstrate how precious we are here in the West by ostentatious displays of tolerance, pluralism, and inclusion. What works is what is best, and as we have deviated from that standard, we have failed.

That thinking snaps us out of the perpetual present tense of Leftism and allows us to start seeing the world as it is, not as a series of human judgments and social values. No wonder liberal democracy is collapsing; it depends on those, while our survival depends on rejecting them.