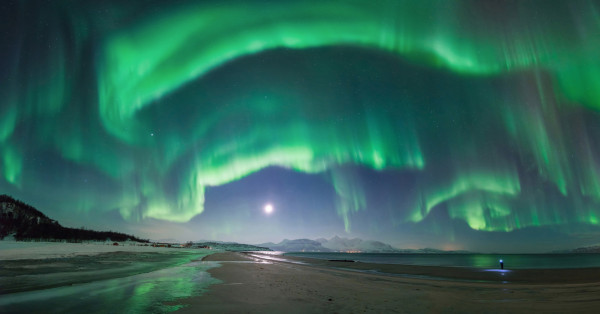 If one had to draw a distinction between the newer elements of right-wing thought, and the older, it might be that older elements are patriotic, where newer elements begin in nationalism – and continue onward. Interestingly, however, the most successful of the new political movements are a fusion of the best ideals of both left and right, unified under a concept of tradition – supposedly the inspiration of conventional right-wing politics. As this division is beginning to gain public attention, it makes sense to contrast patriotism and nationalism to find the point of divergence.

Patriotism is a belief in one’s country, a political unit known as the “nation-state” because it unites nation (tribe, race) and political state, meaning that a people are no longer defined by heritage and culture alone, but by the political and economic boundaries of their parent state. Since inclusiveness is the goal, not commonality of origin, patriotic politics is “empowering” in that it aims to find a place for everyone in the sociopolitical infrastructure of the nation; it is inherently opposed to nationalism, or “race-patriotism” as it was formerly called. For this reason, it operates upon the individual as a granular entity, as it requires the participation of individuals in order to build consensus, and there is no longstanding consensus, such as might be formed by a cultural entity, assumed.

In order to appeal to the individual, nations use patriotic belief that commends the individual to consider their nation better than others for its attributes that appeal to the individual, usually broad implications such as “freedom” or “justice.” Inherently, the nation-state must be a populist entity, as it requires the support of people among whom a consensus does not exist, thus nation-states are almost exclusively moral creations, in that they justify themselves through some absolute good considered better than that offered by other nations. Even those without “free” economies, or of a totalitarian nature, do this, as did the Soviet Union back when it was still the world’s foremost Communist entity. Populations are urged to support a nation via this belief in moral right, and from that emerges patriotism.

Accordingly, the nation-state thus strips itself of all identity except that of (a) political system and (b) economic system. For this reason, nation-states tend to welcome mass immigration, and have no restrictions on the freedom of individuals to engage in whatever practice or advocacy of whatever belief they find meaningful; since there is no consensus except for political and economic systems, everything that does not directly assault those is permissible. Since these systems are required to appeal to the individual, they tend to be populist and affirm “freedom” over all other goals, thus it is almost impossible to do anything which threatens these systems except to advocate a different economic system, or some kind of politics based on commonality and collective interest instead of the granular individual.

When conservative movements support patriotism over nationalism, they are inherently against any determination of consensus, whether of heritage or overall political direction, as to do so would exclude some of the people in the system, and in consequence make individuals fear that their way of life, or preferences, or means of economic sustenance, would not be acceptable to that nation. Whether this happens in the first generation or succeeding ones is not important; it is inevitable either way, because political systems start from a germ of a thought and rapidly lead to its full form by the very nature of people developing depth to that concept. This is the same mechanism that fills out artistic movements, languages and cultures; one starts with a broad concept and over time defines all of its parts, much as builders put up a frame and then floors and walls within it.

These are the boundaries of the definition of patriotism. Patriotic nations are ones that produce statements such as “they hate our freedom” or extolling the virtues of being free and able to earn wealth as a means of shouting down the Communist threat. They appeal to the individual responding only to self-interest, and seeking to gain power and wealth, and for that they seemed a viable option for many years. However, conservative movements are fundamentally at odd with these: how do you assert traditional values in a culture that is based on the consensus to have no consensus? For this reason, conservative politicians today appeal to the most polarized and delusional constituent base, generally those deluded by fundamentalism and paranoia, and address token issues without making major change in the system.

One area where the dysfunction of patriotic nation-states is seen is in the environmental sector. It might seem obvious that any nation proud of itself would do its best to preserve its natural beauty, but that does not seem to be the case, as the most patriotic and “free” nation-states have done their best to invite in as many new people, especially of the unskilled labor class, as possible, and in consequence, have expanded recklessly – in addition to the damage done by unchecked industry. After all, if you are justifying your patriotism by having “freedom,” that includes the freedom to build a McDonald’s anywhere you want. It includes the ability to make however much profit you can from natural resources. Nowhere is there any kind of check or balance in the system to measure impact on the whole, as that would require consensus.

Not surprisingly, today’s patriotic conservatives polarize themselves against the environmental issue as a whole. This is not a claim about the environmental “movement,” which is as dysfunctional as most political identities, but a measurement of conservative response to environmental interests. There has been virtually none, outside of token dedications of parks and periodic vague legislation that encourages “letter of law” compliance. Since we as citizens live in our world, and benefit from its natural health as well as the beauty of natural surroundings, it would be sensible for those interested in tradition to preserve and nurture our environment. They have not, because to do so would require disenfranchising someone who wants to make a buck off cutting down those trees or building a McDonald’s in an irreplaceable ecosystem.

Another area of conservative failure is finance, specifically, a willingness to participate in international finance that exports money from the country and leaves it in the hands of foreign investors or, worse, investors without a home country, who thus have allegiance to nothing and zero accountability with any government. Multinational corporations, international banking cartels, and foreign investing lobbies not only own a good portion of America, for example, but their interests are represented most strongly by conservative groups. If you cannot say no to anyone, you say yes to everyone, and thus what prevails is anarchy checked only by public image and an increasingly authoritarian police force. This is not a sensible future for Indo-Europeans.

Dispensing with patriotism, let us look at nationalism. In contrast to patriotic belief, nationalistic belief is centered in tribe and culture, and thus inherently is based on commonality and collective interest. This does not take the collectivist extreme of Stalinism, nor the laissez faire extreme of America, but a path between the two where the individual is represented in the context of the interests of the whole. Insofar as the individual does not desire something destructive for the whole, “freedom” exists; however, because the system is based on consensus and the idea that a single ethnic and cultural group comprises the nation and always will, the system has the ability to have consensus and prohibit things that are destructive. Where patriotic systems limit freedoms by destroying things not recognized as being of value by the masses, nationalist systems impose restraints on destructive freedoms so that the masses do not dominate with selfish interests.

Further, nationalist systems have historically been concerned with environmental issues for the reason outlined by the NSDAP in Germany with their slogan of “Blood and Soil”: a nation is its people, but those people are tied to the land by tradition and desire for continuation of the people. Past and future are equally important when one considers environmental issues. Where patriotic governments have their hands tied for fear of limiting someone’s “freedom” to tear down an ancient forest, nationalist governments recognize the importance of keeping that forest for everyone, including those who are not yet born. Since nationalist governments by definition exclude those who are not born into the ethnocultural group which inhabits the nation, there are no investors who, living elsewhere and seeing only numbers on a balance sheet, could care less if an ancient forest is destroyed.

The same concept is applied to finance. Nationalist governments create a higher value than profit, and that value is the preservation of a people united by commonality. For this reason, they tend to withdraw from the international investment and banking racket, and attempt to become as self-sufficient as possible, with an emphasis on renewable sources of wealth, as opposed to the consumable ones that, once used up, will never exist again. This limits the financial flexibility of the citizen, and his or her ability to earn unchecked amounts of wealth, but in exchange offers economic security to the citizen by eliminating a constant stream of competing interests. It allows people to continue in the professions of their ancestors, and to work fewer hours in exchange for a decent wage. They are not subjected to the kind of insane competition that causes mass layoffs or outsourcing. This is beneficial for the culture, although patriotic investors might find it limits their “freedom.”

This difference, that of commonality-based versus facilitative/individualistic political systems, is essential toward understanding the future politics of both left and right. For some years now, many on both sides of the political divide have recognized that the partisan divisions of left and right are being used to keep up a show of political change, while the basic errors of our civilization — and the course of its death march toward overpopulation, resource depletion, pollution and ethnic-cultural dilution — remain unchecked. While the right and the left fight, and the voters cheer when the “best man” wins, the mechanism that operates behind the scenes is unchecked. For this reason, there is convergence on a third way, as those who care about the future more than a political “career” are interested in solving the problem, and they realize that partisan democracy distracts rather than focuses on the issue – and even worse, it creates the illusion that some change is occurring.

Future political systems, recognizing the failure of conventional conservatism as well as the hijacking of liberalism by special interest groups, will hybridize left and right, taking from each the elements that target a goal: a consensus-based society which is willing to tell people they do not have certain “freedoms” that result in destructive acts. Currently, such an idea is politically unthinkable, as the patriotic crowd on the right will shout it down and the left will howl about individual empowerment. However, much like the difference between a patriotic right and a nationalistic right, this gap will be closed as people realize our future grows increasingly dim while we allow political mechanism to get in the way of collective objectives.