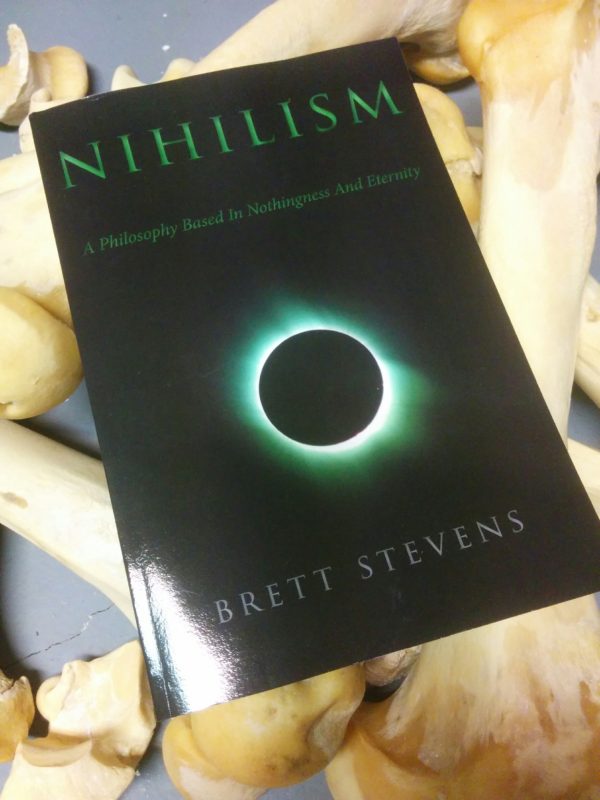 The term “nihilism,” sometimes referred to as “the black pill,” terrifies people. It means that there is no inherent right way to do things, language is arbitrary, and truth is interpreted in individual minds to varying degrees of accuracy relative to reality (esotericism). It is relativism exponentiated. It is what we scapegoat as the black abyss beneath our feet.

In reality, it is none of those things. Nihilism is a simple recognition that the universe exists outside of human intent and is always more important than human intent. Our big brains, of which we are inordinately proud, can do many great things, but they also tend to mislead us. Humans tend to “invert” anything they encounter, or switch it around so that humans appear to be the lords of this world instead of the world being its own master.

Building on this form of active nihilism, one can discover meaning, but then is forced to realize that meaning also is created through relativity, or by the mutual approach of observer and object. This requires the observer to discipline himself in the discovery of the world.

Nihilism also signifies that people are unequal because they have unequal abilities and therefore, widely different accuracy in perceiving the world. It is an extreme form of realism that expresses radical skepticism toward human intent and tendencies toward self-deception.

For this reason, nihilism is feared most by people who want to exert control over the world. Humans can create illusions, share them through tokens, and by using social control enforce them on the group, but they cannot change the will of the world. It is going to do what it wishes. Death will still be there, as will tragedy and sadness. Paving over those with pleasant illusions does nothing but weaken us.

Nihilism: A Philosophy Based In Nothingness and Eternity, the first book from essaying Brett Stevens, continues its march among the few remaining people who can think, and heads toward global domination. Its controversial thesis — that human pretense, not political systems, destroys our future — rejects politics itself.

This book sketches a Black Pill solution to modernity: Instead of fighting over which universal truth we want to win out at the polls, it rejects the idea of universal truths entirely. It points toward a realism of an esoteric nature, assessed by the mental capacity of exceptional individuals, in which human intent and the resulting tendency toward solipsism is viewed with suspicion if not outright hostility. 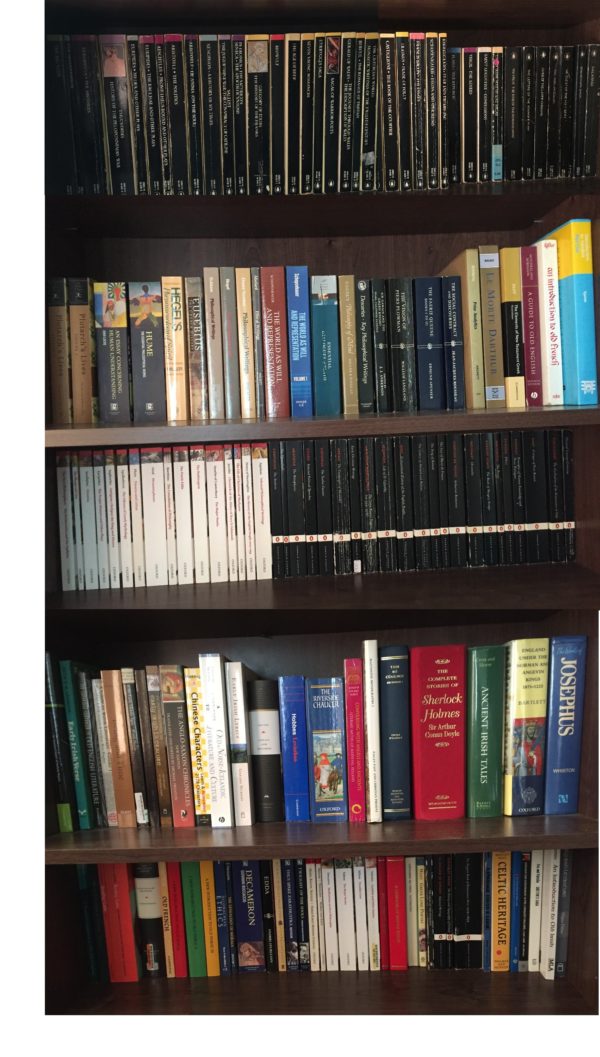 Nihilism is the first in a three-part series. Nihilism explores the gateway to philosophy with a clear mind and optimized, self-disciplined approach to reality; Solipsism describes the modern illness that is responsible for all failings both political and otherwise; and Parallelism, a volume of all-new writings, explores a philosophical solution to these challenges in both essay and fiction forms.

As described by its publisher, the book:

Unlike the control-oriented systems of thought that form the basis of contemporary society, nihilism reverts the crux of moral thinking to the relationship between the individual and the effects of that individual’s actions in reality. From this, a new range of choice expands, including the decision to affirm religious and moral truth as superior methods of Darwinistic adaptation to the question of human survival, which necessarily includes civilization.

So far it has delighted some readers, and others have either thrown it across the room or ranted extensively on Amazon about the horrors involved. It achieved #1 on the list of new releases in social philosophy on Amazon, and has gained some of the best readers in history who are sending in images of their copies of Nihilism: 1 2 3 4.

You can see more user-submitted images in this post, including a “Where’s Waldo?” in a bookshelf full of classics. The book has also garnered an expert level review from philosopher Jason Goldberg, which explores the tiers of philosophical assertions made at random — or is it? — in the book. You can also read interviews with the author here, here, here, here, here (part two) and here. 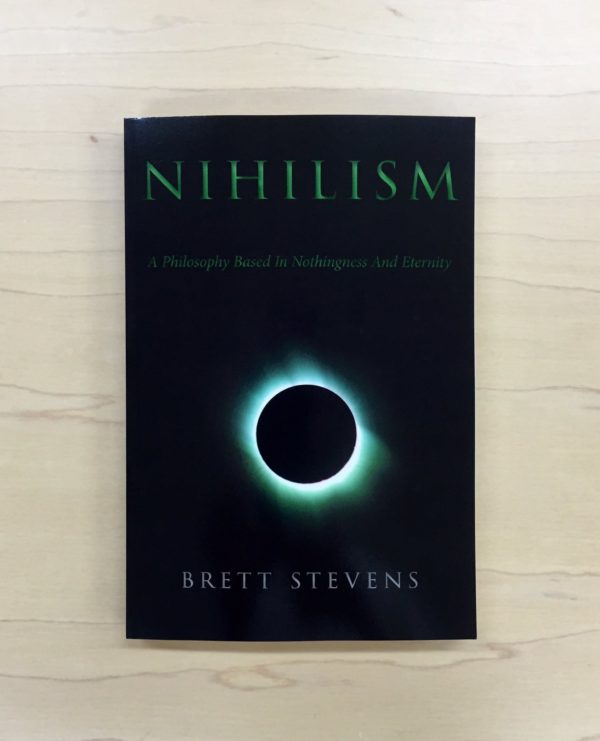 Any author would be fortunate and feel blessed to have the attentive and insightful readers that this book has attracted. Readers have written in with comments, questions and supportive words, all of which are appreciated. If you, reader of the present article, have any of the same, please feel free to leave them in the comments to this post. You may also wish to comment on other discussions of the book in the same black pill circle of sites that produced Amerika, such as here and here.

You can find copies of Nihilism: A Philosophy Based In Nothingness And Eternity at the following retailers: