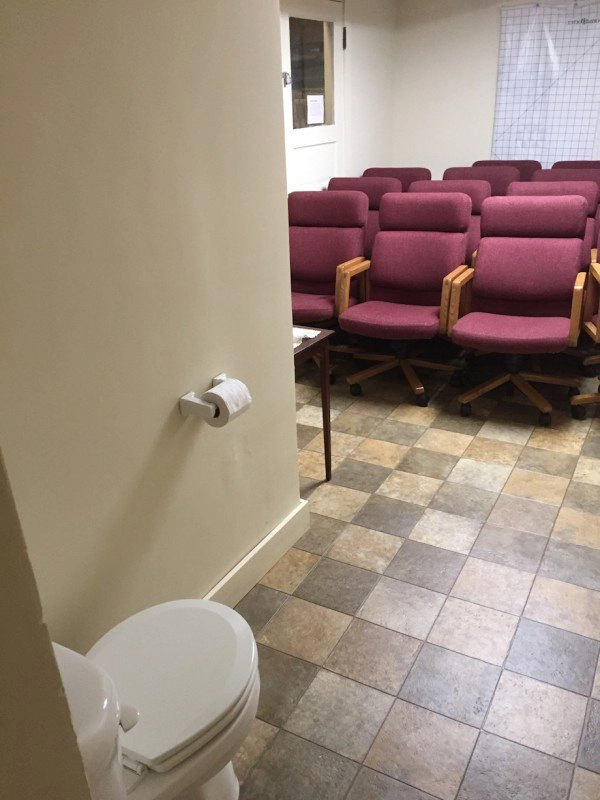 This is a typical event for the modern consumer:

He needs a service — given that there is great confusion between “want” and “need” — so he signs up for it. He then finds out that it does not work with his existing technology, a common type. There is a work-around: he can use another gadget, but it will be so cumbersome as to render the whole process inefficient.

He goes to the website of the service provider. There are separate websites for sales and service. He logs into sales, then goes to service, where they ask him for a customer number. He has not been given one. For this reason, he cannot login to the service he needs to explore other options, although by looking at what others have written, he can see those do not really exist anyway.

This leaves him scratching his head in wonder. Why is it that the service is so bad, and yet still popular and profitable? Does the company know its website does not work? Why do they not provide the service on the type of gadget he has, just as many hundreds of millions of others do?

Our society retires people because after forty years of observation, they know the workplace jive too well. The people who are advanced to the top are the Hillary Clintons of the world: good at the type of questions they ask in school, smugly self-serving and ready to justify their actions in terms of good intentions.

Let us look at the company that our hypothetical consumer has encountered.

At the top is a businessman. He knows he has a product that people will buy, and they buy enough of it that he can afford to hire a bunch of idiots. He hires idiots because they will not threaten him and take his company from him. He does not care about the quality of the product.

Below him are chattering women and flabby men. These are the middle management layer. Their job is to neurose. For example, when they considered expanding their service to another type of gadget, the people here Did The Right Thing, which was to send off for an exploratory study, a consultant, a feasibility study and a prototype. They hired many people out of the office and generated eighteen metric tons of memos, reports, studies and white papers.

They will not make the service for a new gadget because their experts tell them that it is a bad idea. The experts make money by being contrarian, or telling people that what is true is what is contrary to obvious common sense. The people in the business want to avoid taking risks, but since any action is a risk, this means they want to avoid action. Instead they want to spend their time on the process of being at a job, instead of trying to achieve anything.

To keep the process of the job alive, they will insist on the most mind-numbing tedium possible. They will call many meetings. They will have paperwork requirements for every activity. Every task will become formalized, awash in process and procedure, and will reference at a least a dozen books stating the obvious. To do even a simple task will take months.

For example, they will eventually roll the service out for the other type of gadget. After the exploratory and feasibility studies, the planning and budget meetings, the buy-in by all of the divisions, the marketing and legal sniffover, and then soliciting for bids and choosing vendors, it will take them a year to get the process started. Then, because no one will have thought about the practical dimensions, half of the necessary decisions will be unmade. It will take another five years of back-and-forth between the company, its vendors, and its internal meetings to even get a prototype ready, and at that point, the market (and our hypothetical consumer) will have all but moved on.

The point of jobs is that one must rationalize. The worker must be at a job, so that is good. Then they must succeed at the job. Herein is the problem of equality that guarantees that all jobs will be make-work: when all people are equal, no one is considered for his unique abilities, and so any failure is considered “equally” independent of what he was trying to achieve. This is why the do-nothing working who never does more than just act out the process of the job will always be promoted, but someone who takes a risk by attempting something more than just acting out the process of the job may get fired.

After a few years, the only people left at jobs like these are those who are fascinated — downright excited! — by tedious and inconsequential make-work, or work activity designed to show conformity to the process of the job and therefore, “good work” according to other minds hampered by egalitarianism observing them. They drive away the competent and select for the useless.

This is why the website is broken. The people involved at the time knew it would not work, but knew that they were taking a career-ending risk by mentioning it, so they said nothing. The email address for complaints goes to someone who left the company three years ago, and piles up in her inbox.

The IT guy knows that if he says something, he can make enemies in the company of those who will now have to sort through the email. So he says nothing and simply increases the allotment of space for the account when it fills up. Customers write complaints, those go nowhere, and no one “notices” the broken web site because to do so is to take on risk.

At a job, taking any risk is bad because under egalitarianism, any failure is presumed to be a fatal failure. We cannot look at someone and say, “Sure, Charles hosed that website launch, but he is smarter than the rest of that group and he usually gets good results.” No, in order to placate the herd, who might rebel at any time, we must crucify him.

We destroy people in this society. It is our pastime, since we no longer have a goal and have not for many centuries. We all demand attention, which is why if someone steps out of line, we smash him down. He has threatened the stability by which we all receive attention and/or paychecks. The expectation has become reality because at this point only the very brave or very crazy take risks, knowing the intolerance that failure receives.

The Soviet Union also had this problem. Those who failed to deliver were shot. Since they were often given impossible tasks, they were frequently shot. The end result was that anyone sane refrained from taking any risk possible. That means that if you have a fire risk in your factory, you ignore it, because it is greater personal risk to try fixing it and fail than it is to have a fire. That can always be blamed on the capitalists, anyway.

Jobs are jails. Most of what makes them jail-like is that they are not oriented toward goals, but conformity to the process of work and avoidance of risk-taking; in other words, appearance matters more than reality. Obedience matters more than achievements. And so, people check out. Blatant errors are not noticed. Incompetence and ineptitude rule the day.

As we gather to write an epitaph for post-democracy Western Civilization, itself an epitaph of Western Civilization after it went individualistic after giving up on the ability to get consensus for another Golden Age, we should not forget to note the many ways that this time has failed us. Jobs and incompetent services seem small until you consider that these take up most of most days for the average person.

When it is said that our society died of a spiritual disease, this is true. People have no hope of anything except going along with the conformity and hoping for a regular paycheck. The thought of ambition has died, except in the narrowest sense of piling up money, as has the ability to be noticed for competence, intelligence or other inner traits. In the name of including everyone, we have created a hell on earth.