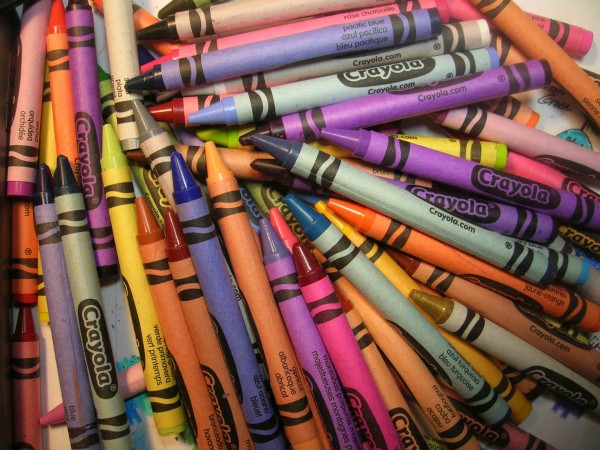 The modern pretense is that everyone is equal and thus if given the right instructions, like little robots they will form an orderly society. This is better, we are told, because it is transparent and there is oversight, so if one of the little equal cogs steps out of line there will be an organized institution to swat them down and restore order.

“Modern” in this context means the end-stage of a civilization before its collapse. The actual level of technology doesn’t matter, so long as it is so far superior to the levels in nearby nations that the modern nation stands out as having more comfort, convenience and wealth. What really defines modernity is that the society has achieved all of its goals, made itself powerful, and now is drowning in excess and, in that void of direction, has become neurotic and internally self-focused and self-referntial.

One simple reason provides why this is true. Nations are not formed from outward-in, but from inward-out. Outward-in utilizes coercion to make people work together; inward-out occurs when people decide to collaborate in order that they achieve a certain result. Coercive societies tend to be subsidy societies because when the goal is to force people to work together, someone who is obedient to the overall plan is more important than someone who is talented but not obedient. This is the basis of social control: a desire by the social group to have people who do not transgress its need for unity.

The opposite of a coercive society is a collaboration. These are formed through a pre-civilization consensus where a group of people find they agree roughly on what must be done, and pledge to work together toward that end. Originally this was simple: “Let’s have civilization!” said Ogg to Thak. “We can combine our hunts, have better cave defense, and greater efficiency from shared campfires.” They moved toward civilization through mutual benefit.

Collaborations can no longer exist when a civilization becomes static and self-referential. A goal is a referent outside of the self, or something to reach for. When civilizations lose this sense of reaching-for, they cease to become inward-out and become outward-in. They have established what they wanted, and now they plan to administer it and make its margins wider, so that there’s more wealth for internal affairs. From this comes moral government, big government and ideology.

Much like in life we need a constant forward goal or we stagnate, civilizations too can stagnate. They must always have this consensus, which is the basis of collaboration, or nothing compels them to hold together. Without this internal desire to hold together, which is created by culture and heritage, it requires increasing amounts of external force to compel them to play nicely with each other. In fact, society shifts from being a productive entity to being an enforcement entity. All of its focus goes toward maintaining order, and none toward creating new directions.

This realization clashes with one of our most cherished modern pretenses, which is that of inherency. It would be most convenient for us if society were inherent, if morality were inherent, and if our co-existing were a foregone conclusion (i.e. super-inherent) that we just had to accept and enforce on each other. Co-existence is the basis of business, of government having an easy job, and of us indulging in these fantasies of social engineering whereby we are somehow improving what did not need improving.

Of all the ideas you will read on this blog, the most heretical — to right, left and Other — is that of the total rejection of inherency. All things are a choice; the desire to have a civilization is a choice, based in an idea of consequences and not some inherent morality. There is no inherent morality, because the decision to be moral is a choice also. This offends our idea, or really our hope, that we can declare these things inherent and force people to assume them. That is the position of both liberals and lowercase-conservatives.

There is no “inherent” meaning. Meaning is something we draw from the situation based on our choices, which are based on our comparison of the consequences of each possible potential action. Nothing in the universe says that we must inherently always choose life, or always choose good. Rather, it is the choice that defines us. We can do anything, but since every act has consequences and we are aware of those, sensible people tend not to choose to do an act for its own sake, but for its consequences. The choice of consequences then defines that these people are made of, and how they forged their own character. Meaning, in other words, comes from the struggle first inside and next outside to achieve order, purpose, balance and harmony.

Imagine a table with two wineglasses on it. One has wine in it and the other is filled with a mixture of wine and cyanide. It is our choice which one to pick. There is no inherent meaning to either choice, only consequences. It doesn’t matter which glass of wine the media says you should choose, or which is popular with your friends, or even which your textbook says is right. What matters is what result you intend. And who you are will be defined by the choices you make. That is what gives meaning to life.

For this writer, the choice will always be the glass of wine alone (barring some terminal disease). I just enjoy life and find it an amazing gift, probably by divine forces. What else would produce this perfection? In my experience, most of the complaints and crises we have are of our own making, through disorganization, perversity, stupidity, laziness and other forms of error such as evil.

But here’s a secret: most people will choose the poisoned wine if told to do so. They are basically negative, since they have no purpose in life since their society has no purpose. To their minds, meaning is inherent, thus if their friends or government or media says to drink the fatal wine, that’s as good as writing on the wall from an absent God. They view that meaning as inherent and that’s easier for them, because it doesn’t require them to forge in their souls the struggle to define themselves through difficult choices.

Most of these people just want an excuse to drink the poisoned wine. That lets them off the hook for consequences. Go down the path of destruction… now there are no expectations. Nothing but do-whatever-you-want. And both before civilization, and during the dying days of civilizations, do-whatever-you-want is the dominant rule. It is seen as a good thing, an inherent right, a divine commandment. And yet what it really is, is the absence of any desire to create meaning.

Right now our world is again facing the issue of nationalism. With the birth of our specific form of liberalism in the French Revolution, we needed everyone to be an equal cog and so the new liberal movement has waged war against religion, heritage, culture, values and even language. But now we are realizing that was a misstep. We need a nation formed from inward-out by culture and heritage together. You cannot make a nation out of rules, because what is created is without meaning.