Fear Of A Black Pill 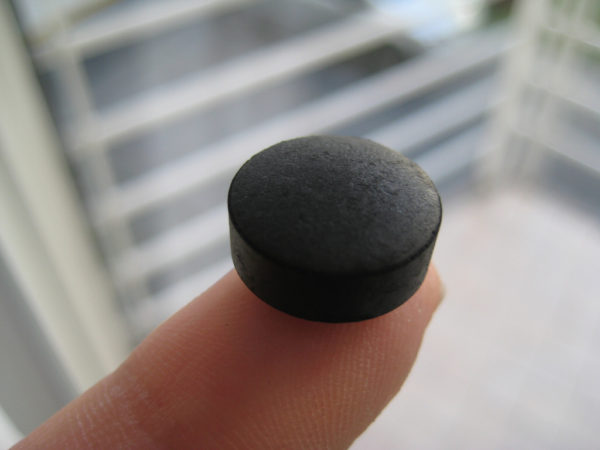 The Black Pill terrifies us all: an admission that there is no innate purpose to the universe, that communication is at best a game of mutual guesswork, and that values are not universal.

It seems like a gateway to the kingdom of darkness from which no beauty, truth or goodness can emerge.

And yet, as will be demonstrated, it is the only way to get to those states, because everything else is human and therefore biased toward the tendency of humans, which is to revert to our simian state of desire, judgment and feelings taking precedence over reality. Some call it hubris, others simply individualism.

The Black Pill represents hard truths that cannot be reduced to simpler ideas that are more pleasant, or deflected into distracting tangents or scapegoats which make us feel better. The Black Pill is a hard confrontation with the emptiness of life and mortality, and people fear it.

This is not limited to material reality, but it explicitly rejects human notions which are first presented as desirable, and later justified or explained in terms of selectively-chosen elements of reality. The core of the Black Pill is that the human observes first, and then finds a theory to fit all of the data, not the other way around as most people do.

Without this type of mentality clarity and self-discipline, all of human thinking becomes projection or an extension of the personality imagined as being part of the world. This especially happens in groups when people agree that something should be true, and therefore is true, or at least will seem to be true if they all insist on it.

What follows are some Black Pill truths. Warning: this will most likely offend you and may induce crippling existential doubt.

As you can see, in a Black Pill view most of what humans consider to be sacred is based in the illusion created by humans to justify their desires, and what replaces it is a simpler, clearer and less “human” view of the world. This inhumanity allows humans to escape the animal confines of their own impulses, and demystifies the world but also reveals its mystery.

Until a civilization has people who can accept Black Pill reality in its leadership, it is doomed to regress to third world levels. Civilization can only occur where hard-core literalist realism is present. We need people who will open every door, unafraid of what they might find, because they are hard-minded to find excellence and beauty in life despite whatever they find.

To dodge the Black Pill is to permanently corrupt your own thinking. If you reject realism, you become an agent for the idea that human preferences and notions are more important than reality. This in turn makes you into a zombie who is addicted to the pathology that re-affirms that illusion, so you seek out other justifications and those who believe them, forming the basis for a Crowd.

Our civilization thrived when it was able to accept both the Black Pill and a huge degree of mystery. Do the gods exist? — It seems so. No one knows. No one will ever know. What is right? — there is no definitive answer, only good answers, but only good people can understand them. Mystery dominates.

With entry to the realm of the Black Pill through what I call radical realism or nihilism, one can confront reality in a condition as close to accurate as human beings can do. This enforces self-discipline on the individual, which brings the “inner world” of creativity, morality, honor and desire for excellence to the front of the mind.

Without a Black Pill approach, people live through filters imposed by their ideological need to validate a human perspective as more important than reality itself. This in turn causes their mental process to reverse, so that they are ascertaining truth through justifying what they already believe instead of perceiving what is before them.

In that distinction, we can see how societies fail. Those that accept the Black Pill — and the utter mystery of life — are able to think clearly and act in a forward motion. The others blunt themselves to reality, and instead become “Progressive” or increasing hell-bent on replacing reality with human notions, and shortly afterwards decline.