Most Conservatives Do Not Understand Nihilism 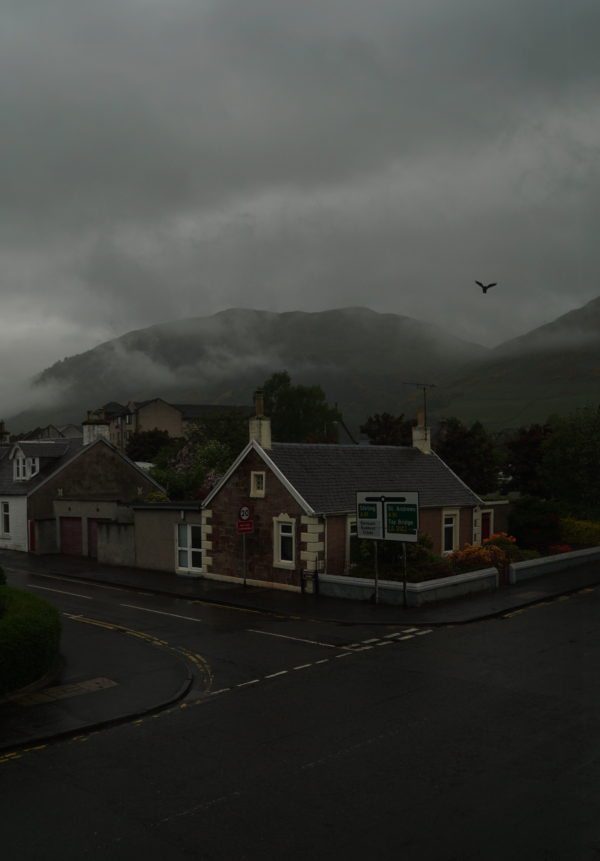 When writing about nihilism, one runs into an old misconception:

Nihilism–the belief that there is no Absolute Truth, that all truth is relative–is, Eugene affirmed, the basic philosophy of the 20th century: “It has become, in our time, so widespread and pervasive, has entered so thoroughly and so deeply into the minds and hearts of all men living today, that there is no longer any ‘front’ on which it may be fought.” The heart of this philosophy, he said, was “expressed most clearly by Nietzsche and by a character of Dostoyevsky in the phrase: ‘God is dead, therefore man becomes God and everything is possible.”‘

In this view, there is an Absolute Truth in which all humans can share; we call this idea “universalism,” and it is the basis for the notion of equality, which is that instead of selecting those who understand and assigning them by degrees to a hierarchy, we can accept all people and simply educate them with this absolute truth. That method is sometimes called exotericism.

A more lucid definition of nihilism offers us:

Nihilism is the belief that all values are baseless and that nothing can be known or communicated. It is often associated with extreme pessimism and a radical skepticism that condemns existence. A true nihilist would believe in nothing, have no loyalties, and no purpose other than, perhaps, an impulse to destroy.

So what is the difference, sort through all of these abstractions?

Nihilism is the anti-universalism. It says that we do not all see the world the same way, but that the world alone is consistent. Therefore, there is no truth: truth is a human assessment, and it is not shared because it cannot be communicated, because any truth passed between people is re-interpreted. As a result of this, there is no universal morality either. There is only reality and our interpretations of it, which are not equal (universal) but vary with our ability, inclination, discipline, genetics, bias, and even energy level.

Insisting that there is some absolute truth which is shared between all people only creates a false target, which is the endless debate over interpreting this truth. Not all people can see it, and those that do see it will perceive it in different degrees. As a result, we must discard the universalist model, and focus on how to find the people who perceive the most and put them at the top of the stack.

In politics, this is aristocracy. In art and culture, it is elitism. In social order and the military, it is hierarchy. All of it implies an order defined by nature, not by human thought, in which those who perceive more should be given more power, and contra equality, most are assumed to perceive very little and accept as true even less.

Nihilism is anti-humanism. It is extreme realism. It is skepticism of the idea that human intentions can take the place of reality and solve our problems. It is a destroyer of the ego, and of the social worlds we create when we project our egos onto one another.

In my first book, Nihilism: A Philosophy Based in Nothingness and Eternity, addresses many of these confusions in the context of politics. It serves to liberate us from our fear of a false target (nihilism) and points us instead toward the actual threat to our existence, solipsism.

Many in the popular press associate Nietzsche with nihilism, but he was not an advocate of what he called nihilism, which more properly resembles fatalism or individualism: a concern with no values higher than individual comfort and convenience, rationalized from an acceptance of the failure of all human endeavors because of a lack of goodness in the world. A nihilist as described above would not speak of a lack of goodness, but of how things were bungled or ruined because they were unrealistic. Nietzsche is more akin to that outlook than to moral relativism or other escapes from realism.

This type of fatalism is a reaction to what nihilism uncovers, not nihilism itself. However, in their desire to prove universalism, many conservatives have understood the situation precisely backwards:

Old-World nihilism belongs to a handful of intellectuals persuaded by philosophical arguments that human knowledge, on the whole, is worthless as a reliable guide for living. Consider Heinrich von Kleist, the nineteenth century dramatist and short-story writer, who became intellectually unglued when he read Immanuel Kantâ€™s The Critique of Pure Reason. In a letter to his fiancÃ©e, Wilhelmine von Zenge, Kleist describes how he was crushed by Kantâ€™s philosophical argument that the senses do not report the world as it truly is: â€œIf everyone wore green glasses instead of eyes, they would have to judge that the things they saw through them were greenâ€”and they could never decide whether their eyes showed them things as they are or whether something had been added that belonged not to the thing but to the eyes.â€ Kleist goes on to draw the obvious parallel with knowing. â€œWe cannot decide whether what we call truth is truly the truth, or whether it only seems so to us.

…Kant claimed to effect a Copernican Revolution in the foundation for all the sciences. Copernicus shifted the viewpoint of astronomers from the Earth to the Sun. Similarly, Kant changed the viewpoint of philosophers from the objective, external laws of nature to the internal, fixed laws of how the human species perceives and understands the universe. Kleist despaired that after Kant science was no longer about the truth of things, for things-in-themselves were unknowable, but about the operations of the human mind.

…In the Sixties, the American academy embraced Old-World nihilism; as a result, the life of the mind for many academicians did not focus on the universality of human experience; and consequently, intellectual discourse eventually degenerated into an endless labyrinth of opinion. In an essay published by the American Council of Learned Societies, six eminent professors of literature proclaimed, â€œAll thought inevitably derives from particular standpoints, perspectives, and interests.â€

This argument is contrived to the point of nonsense. The truth of relativism is not that it says “anything goes,” but that it creates universalism out of the unequal perceptions of individuals adjusted to a mean, which is a sneaky way of establishing an absolute standard of “truth” and coordinating others toward it. That was the contribution of the 1960s, and by the end of it people agreed they could agree on nothing but the idea of universal equality taken farther than ever before.

On the contrary, nihilism states that the truth of a statement depends on the speaker, and is known only by that speaker, because others are interpreting the tokens used in language and do not receive an exact duplicate of the meaning. Not only that, but people are not autonomous agents, at least until they apply the self-discipline so that they make choices instead of acting on impulse. Generally, people act according to what they know and their emotions or desires. Logic and reality have very little to do with it, although they are often invoked as reasons for the behavior.

Taking a sensible view, the nihilists are not our problem; the individualists are. Individualists will type #yolo onto their phones, go to their jobs and flatter everyone with power, then go on shopping sprees before retiring home to hours of exciting television. They care about nothing and create nothing. Their sole utility is their obedience, and by being obedient to what the social group wants, they consider themselves entitled to all that society offers, even with no affirmative acts on their part to improve anything.

What Kant did was to orient humanity back to reality: we cannot know in a universal sense what is true, so we must rely on our intuition; Nietzsche grasped this and pointed out that with this in mind, we must find the people who are best — with the strongest intuition and tendency toward excellence — and put them in charge of interpretation, since we will never find an absolute and universal truth that all can agree on.

To contemporary Christians, few of whom understand much about their religion, this seems like blasphemy. They want an Absolute Truth that is written in a holy book that they can use like an ideology, and force all people to be equal in obedience to it. This represents Christianity as filtered through liberalism, and not any realistic assessment of the highly hierarchical and unequal world. Like all other human failings, it is us projecting our intentions and desires as if they were truth, when in actuality we are running from truth toward more ego and social illusion.

Another take on nihilism focuses on the nature of knowledge and morality:

Rosen understands the root of nihilism as the separation of “the conception of ‘reason’…from its traditional affiliation with the concept of ‘good'” (p. xiv) — of which the famous distinction between facts and values is one symptom — as a result of which, such a thing as “rational preference” is no longer supportable, and in Nietzsche’s words, “everything is permitted.”

Nietzsche strove to be somewhat of an ultimate realist, believing not only in material reality but in the possibilities offered by its structure, and how changing this structure could align more objects than the immediate material being manipulated. As a result, he saw human reason as human rationalization, or a determination to rely on materialism for the root of logic, and therefore, to see only that which can be manipulated as within our influence. That form of “materialism” arises from individualism, where the individual gives up on abstract and structural thinking, and focuses on physical safety and comfort instead of striving to implement the ideas that make a thriving civilization.

For this reason, a nihilist focuses not on enforcing a universal truth — determining what is permitted — but on a preference that is non-rational, i.e. forward-looking toward what is uncreated or dormant. In the Nietzschean world, aesthetics inform our intent, and cause-to-effect logic determines how serious we are about our intent, since answers can be found. A nihilist would agree with this general approach, since it is not truth-based but choice-based, and it is measured by results and not the soup of intentions, emotions, desires, social feelings and group compromise that normally informs human collective action.

Conservatives have refused to accept nihilism and, in doing so, have rejected realism and chosen a type of human projection instead. They write down their Absolute Truths and then depend on the herd to come together and enforce them equally, forgetting that in the process all meaning has been lost not so much by the machinations of language, but by the nature of humans themselves. People interpret reality as they can, and few can do it well, thus we require hierarchy. This is the realistic outlook that Leftists and most conservatives alike are fleeing from.

Nihilism: A Philosophy Based in Nothingness and Eternity Hits #1 New Release In Social Philosophy | The Economic Impact of The Reality Deficit