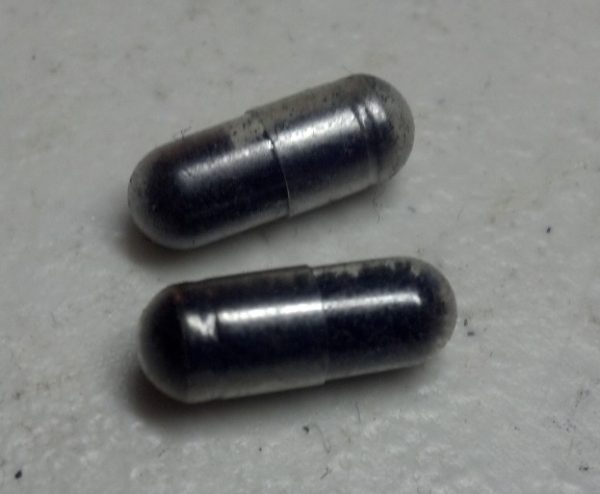 Thirty years ago, William Gibson wrote a series of cyberpunk stories — visual counterparts to the theories of Burroughs and Pynchon — which suggested a reality “underneath” the world of appearance and human “face value” assurances in which most of us live.

A terrible movie was made some years later to translate that simplification into an even simpler version. Called The Matrix, this movie gave the Hollywood treatment to cyberpunk but also gave us a powerful metaphor: the red pill.

In The Matrix, the protagonist was given the choice between a red pill and a blue pill. The red pill would make him see reality as it was, underneath the appearance; the blue pill would make him expert at the false reality. (Distracted observers may draw comparisons to the ring of Gyges from Plato and not be wrong).

While this movie was a fantasy, and its vision of actual reality in fact a false reality that scapegoated a centralized force instead of the decentralized decay we are experiencing, the metaphor sticks. Some people embrace the unpopular and unpleasant truths of life, where others just want to become good/successful at the illusion.

The Black Pill is the least dialectical of the three. It leads from actual inferiority back to actual inferiority. It is nihilism, but nihilism made flesh calls forth absolute egoism, a sense of the self detached from wider contexts and responsibilitiesâ€”it is this that makes it evil and murderous.

The inferior person can either accept context and therefore inferiority, or fight it. The Blue Piller rejects his future inferiority by retreating backwards into illusion. The Red Piller rejects his present lack of superiority by marching forward through positive consciousness and action to redress the situation. The Black Piller, however, chooses neither the palliatives of illusion nor the challenge of positive action. He stares into the abyssâ€”passively because his actions will never be capable of changing itâ€”and, as Nietzsche so pertinently observed, the abyss stares back.

For almost thirty years, I have written about nihilism as a philosophy. In my view, nihilism is the gateway to all useful thought. It clears aside the human pretense and solipsistic illusion and replaces it with a cold, unflinching, logical and realistic look at our world and our place within it, including the Darwinian need to adapt. More disturbingly, it shows us that the standard of life is not how to explain away our failings, but that each time we observe a better method than our own, we will be dissatisfied and self-hating if we do not adopt it.

Without nihilism, religion becomes obedience out of fear, not a choice to seek out possible metaphysical dimensions to the universe. With nihilism, science becomes applied logic; literature becomes communication; art becomes Jungian symbolism. It is a gateway to a kingdom of darkness in which suddenly, the photonegative of normal human life — invert by social impulses, which are individual fears amplified and then placated by collective illusion — is negatived again, revealing that what we call “light” is darkness and vice-versa. Illusions fall in cold white flame.

In my view, nihilism is the black pill. It is not egoism, because nihilism denies the notion of humanity and the individual being the center of the world. In nihilism, as in the universe, the self is a tiny portion of a great vast space that is mostly emptiness. Nihilism is mostly negation, or destruction of human illusions and plans that turned out to be unrealistic. That process begins by attacking the deception of the mind by itself.

The black pill provides a gateway into an entirely different way of seeing the world. Where most people live in a purely social world, where they assume the goodwill of others, black pilled people see a natural struggle every bit as violent and constant as that experienced by a common mouse. Predators surround us and parasites infest us unless we actively and aggressively remove them without mercy.

In the black pill world, government is nothing more than a parasite. Salesmen are predators, hoping to convince you to pay high prices for something that is easy for them to acquire. Police and taxmen are parasites as well, looking for some way to justify taking money and time from you. Most people are parasites and predators alike who want to use you as a means toward their own aggrandizement. In addition, all but a few people — one in a hundred, maybe — are delusional to the edge of clinical insanity.

This is a new view of reality that has a tendency to snap into place suddenly so that thousands of details make sense at once as if aligned. It is a more realistic view, and statistically more likely true, than the happy world of “love and trust” (dependency and subsidies) erected by democratic society. It points out the obvious: humans are still mostly the same filthy little beasts that crawled out of the primordial ooze, and those who have risen above that state are targets of the rest.

One of the more recent black pill events in the news was philosopher John Gray:

Vice: First of all, could you explain what you mean by the term progress and why you think it’s a myth?

John Gray: I define progress in my new book as any kind of advance that’s cumulative, so that what’s achieved at one period is the basis for later achievement that then, over time, becomes more and more irreversible. In science and technology, progress isn’t a myth. However, the myth is that the progress achieved in science and technology can occur in ethics, politics, or, more simply, civilization. The myth is that the advances made in civilization can be the basis for a continuing, cumulative improvement.

This exchange is classic black pill. “Progress” is a myth told by salesmen to customers. The reality is that absent evolution or eugenics, humans do not change, and in fact have zero incentive to because they have made society parasite-friendly through egalitarianism. The myth exists only to justify the parasitism. “Progress” is like fashion in that it argues for something new you must buy or be inferior socially and (implicitly) evolutionarily.

Another great black pill example, noted by at least one alert reader as such, comes from an earlier article on this blog:

Once a civilization falls into decline, far more decisive action is required than its political, social and economic system allows. It requires the intervention of strong power to remove the rot and send it far away, then rebuild institutions around good people who can make the complex decisions that rules, elections and markets cannot. This means that many dreams will be smashed, and all parasitic people need to be disenfranchised if not outright removed.

These are hard truths. They are also a source of great joy for those who discover them because that revelation lifts the burden of having to uphold illusions and fantasies as reality. It also shows a path forward out of a situation where everything we do is bound to be adulterated and fail, and allows us hope for a better future through our own hands, not government or “We The People” surging in like the cavalry to save the heroine at a movie’s end.