What We Know About The Tree Of Life Shooting 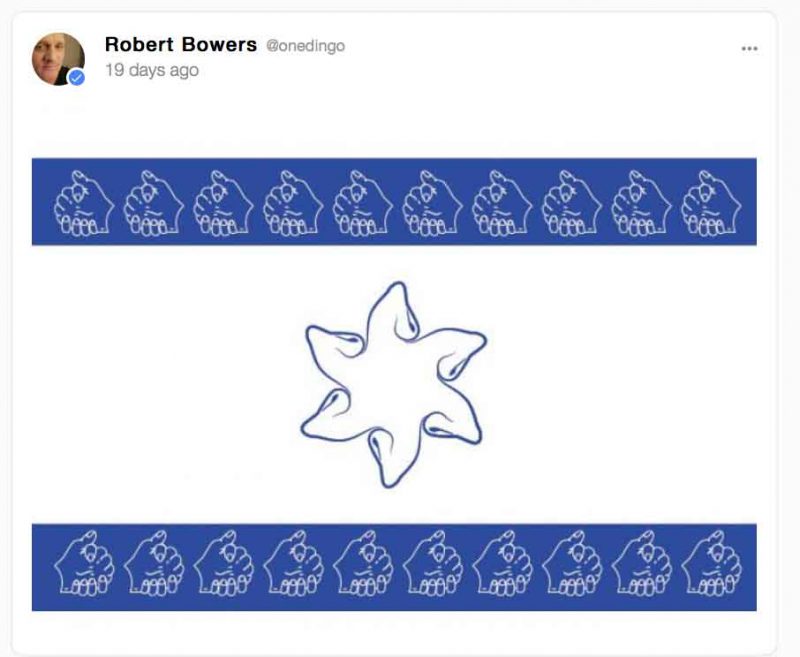 This morning, a “bearded heavy-set white male” went into The Tree of Life synagogue in Pittsburgh, Pennsylvania, shouted “All Jews must die” and began firing. Equipped with an AR-15 and Glock pistol, he killed between four and eight people, injured up to a dozen more, and shot three police officers.

He has been identified as 46-year-old Robert Bowers, a poster on Gab.com known as “onedingo” who was promptly deleted from the site (archive of his postings). Here is what we know so far:

See also my analysis of how deep state agents could have engineered this crime.

This is another tragedy for America, for the Right, and for humanity, in addition to the dead and the destroyed life of Robert Bowers. Nothing good will come from this.

The Jewish Question™ or “JQ” as it is informally known has dogged the Right for years. Jews, Gypsies, and Saami were the first diversity encountered by Europeans, and they tend to figure as scapegoats mainly because their different behavior caused people to take notice and fear them. Some of this behavior was criminal, and some was political.

In my analysis, Western Civilization fell apart because it fell prey to pathological herd behavior in human groups, which I call Crowdism, a type of collectivized individualism. It spreads as an idea because individuals want to unify the group on a refusal to judge individuals for their shortcomings, in order to preserve the social status of individuals, and it becomes a cult-like mentality.

We only win against this by debunking and rejecting the ideas of The Enlightenment™ including the radical individualism which later became egalitarianism, and is the root of all Leftist beliefs. As part of this, we need to reject the idea of diversity, or more than one ethnic group existing in the same country.

Perhaps Jews are as bad as some say, but in my view, they have contributed a great deal. However, diversity does not work, no matter how nice or talented the other groups are. Diversity destroys the ability of a society to have shared values, causes citizens to become withdrawn and resentful, and eventually leads to genocide by outbreeding for all groups involved.

Until we fight that enemy, we fight phantoms, and even if we beat them, we still have not cured our disease. That means that by fighting the wrong thing, we not only waste our energy in creating horrors, but also convince ourselves that we are cured when we are not, and turn ourselves into monsters.

As in cases of previous insanity, this event shows us people attracted to the Right who go in the wrong direction. They attack a symbol of our decline, not its cause.

As a nationalist, I affirm what history teaches us, which is that one ethnic group per nation works and everything else fails; this means all Other groups need to be repatriated. It does not mean that we need to belittle, murder, torture, terrorize, or otherwise harm them. They will in fact benefit most from repatriation, as Theodor Herzl argued years ago, leading to the formation of Israel.

I have said in the past that diversity is racism, and this is true on two levels: first, that diversity destroys all the groups within it, and second, in that diversity causes ethnic intimidation. Racism is useless because it presupposes a diverse society, when without diversity, there is no racism. Racism and anti-Semitism are both strawmen for the Right in that neither solves our problem, which is that we must restore Western Civilization or die trying.

Under diversity, everyone becomes part of a special interest group, whether racial, religious, ethnic, cultural, or based in a particular issue like abortion or pollution. Minority groups invariably work against the majority group because every group acts in its own self-interest alone, and a minority group is not stable until it removes power from the majority, which may turn on it at any time.

This attack was possibly induced by a false flag approach to a vulnerable and unstable individual who then acted on his own, but it will be a disaster for the Right, especially before these midterms. Cui bono? — not The Jews,™ but the Left. The mainstream Right will pull away from the extreme Right, fragmenting the division that populism created.

My statement is not about “optics.” True, this looks bad. When we act as the media stereotypes us, we validate them and make them look like prophets. However, even more, we fail to achieve our goals and we become murderers instead of those who are mentally fit and able to restore Western Civilization. We self-defeat with actions like this, even if they are popular among some audiences.

I encourage us all in the future to fight actual problems — diversity, equality, individualism, egalitarianism, pluralism, utilitarianism, Leftism — and not to murder others. That achieves nothing and turns us into the very horror that we hope to prevent.