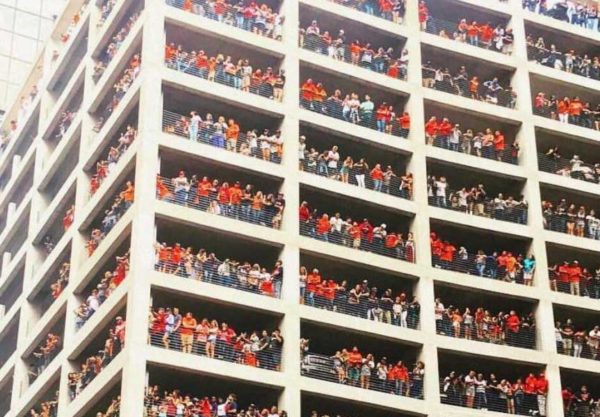 Western Civilization slowly emerges from The Age of Ideology as Leftism, having achieved its final goals with globalism, reveals its fundamental impracticality and the misery of life under an ideological (i.e. reality-denying) regime. In its place, a new era appears as people reject anything but the innate and observable, having come to distrust scientists, academics, reporters, and ideologues.

Some object this. Like most Leftists, and they are all Leftists of some form, they differ only in the degree to which they are willing to apply their one idea, which is human equality. Some want a fairly conservative Leftism, where others want to jump into Communism with both feet out. All want to drag us back into The Age of Ideology to some degree.

As is always the case in human affairs, people disguise their intentions, and so many talk about returning to liberal values as found in The Enlightenment,™ the massive cultural change which kicked off The Age of Ideology. Stephen Pinker, who has produced at least one really great book, seems to have joined in this desire to resurrect the failed past:

These are just a few of the issues Pinker will discuss in â€œEnlightenment Now,â€ but he explains that the book is more than a compendium of encouraging statistics â€“ itâ€™s an urgent reminder that we need to preserve the Enlightenment values of reason, free expression and scientific inquiry that have led to such remarkable human progress since the 18th century.

…Instead of behaving like petty authoritarians and lamenting the imaginary fascist takeover of the country, anti-Trump forces need to reaffirm their commitment to Enlightenment values and institutions: free expression, universal human rights, unfettered objective inquiry, the rule of law and democracy.

Most people have no idea how all of these values connect to egalitarianism/individualism, which is the one idea of both the Left and the Enlightenment™ (“hmm”). Let us view them in sequence:

In summary, we do not need a return to the values of The Enlightenment,™ which are ancient at this point and reflect the same type of thinking that killed both ancient Athens and the modern Soviet Union. The herd is not good, but instead is a compilation of the thoughtlessness of individuals who are then separated from responsibility for their actions by the fact that they can blame the crowd. “Everyone was doing it!”

Enlightenment (™) values created The Age of Ideology by separating our thinking from cause-effect in reality and instead directing it toward human consensus, or what most individuals will insist that others believe because this benefits individuals by deconstructing the cause-effect relationship between their actions and the results of their actions, which can result in a loss of social status if the results turn out poorly, showing that the individual does not understand reality well and thus is delusional, less intellectually capable, inexperienced, or otherwise maladapted.

The coming age — barely dawning on us now — is one where people think less of the individual and more of the organic whole, such as their civilization, ethnic group, faith, and caste. Trying to make everyone equal actually created unending disaster at every level, and as we awake from the stupor of good social feelings and rediscover reality, we are casting equality and The Enlightenment™ aside.

Do We Live In A Totalitarian State? | The Alternative Of Real Ecology by Kveldulf Gunnar Larsson (2016)