Why “The Jewish Question” Is Over 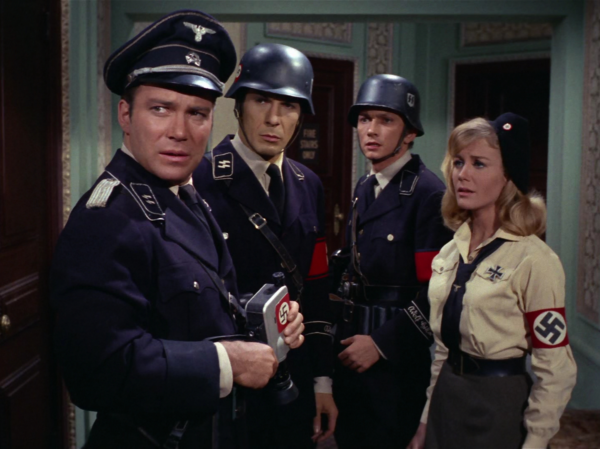 Humans tend to lunge for what was relevant in the moments before the present, not what is needed right now or ideally in the future, because as soon as the action is over the future has arrived, which means that acting toward the immediate present is acting in the past. For most big social trends, people are fifty years behind, imitating previous generations and not realizing those ideas are obsolete.

One such question is The Jewish Question,™ which is both acknowledgement of the bad things done by some Jews and the sense that a Jewish conspiracy controls the world. Neither are really on-point because they are negative goals, not positive ones, and our positive goals would solve all related problems anyway. But “the JQ” remains popular with angry people on the internet.

To my mind, the question has always been moot because it is designed to distract from the culpability of European-descended peoples and, most importantly, our proles and mercantile middle classes who have been initiating class revolts for over a thousand years. We did this to ourselves. Until we accept that, we will not fix it because we will lack the will.

Jews have lived among us for centuries and tensions have only arisen when the groups did not keep to their own social spheres. When Jews were moneylenders, tinkers, drapers and jewelers during the Middle Ages, and had no political power and bred entirely within their own group, there was no actual tension. Each group had its space and could coexist.

As aristocracy faded, problems emerged because Jews gained citizenship and political power, which put the national group (Germans, French) and the international group (Jews) in conflict. This culminated in the Dreyfuss affair, after which Jews could either choose nationalism or attempt to become powerful in their host nations. Different Jews chose different paths.

Theodor Herzl, for example, looked at the Dreyfuss affair and realized that to be different was to be a scapegoat in times in duress, and so Jews would never be safe until they had a nation of their own. He envisioned an Israel much like the liberal Southern European nations of his day, and recognized that diversity — not the host nations — was the problem that made Jews alienated.

Many of his fellow Jews went to Israel and struggled there to bring about a Jewish state where the Jewish people would be safe. This turned out to be prophetic when rising European nationalist movements, which are always suspicious of the foreign, noticed a correlation between some Jews and high membership in the Communist groups.

This led them on a crusade to fight Jewishness, instead of fighting diversity, that ended in labor camps and mass death, to the same of everyone involved. Really, this was a stupid and pointless emotional gesture, and even more, it was a self-defeating one, since many of these nationalists were busy fighting against the wrong enemy instead of fighting for the right things.

Now, decades later, people want to resurrect the JQ. This makes no sense, since there is no way a small group like Euro-Jews could have had this much power. Perhaps they are more prone to being Leftist than other groups; this comes with the alienation that occurs when one is part of a group that will forever be an outsider. There is resentment and estrangement.

The problem with this is that the JQ is emotionally satisfying. Instead of having to fight against airy ideas like “equality,” which the Left never defines so they can apply it as broadly as possible, there is a tangible group of bad guys. Kill these people, vent your rage, and solve the problem all at the same time, the thinking goes. But life is never that simple.

Luckily, however, the JQ is over because Jews are facing the same pressures that European-descended peoples (EDPs) are. Diversity is killing off diaspora Jewish populations, meaning that their only hope of survival is a return to Israel as Herzl suggested. The first warning came in 2013 as the high rate of Jewish outbreeding, admixture and intermarriage was discovered:

A study conducted by the Pew Research Center in 2013 alarmed Jews around the world. According to the survey, the Jewish intermarriage rate in the United States is 58 percent and 71% among non-Orthodox Jews, reaching record numbers.

Not only in the USA is the intermarriage rate alarmingly high but in Russia and the Ukraine intermarriage among non-Orthodox Jews reached 80% and in countries like France and the United Kingdom the percentage is between 40-45%. This stands in contrast with Israel where intermarriage is practically non-existent, at five%. The Diaspora Jews are assimilating to a secular national culture and, according to the study, if intermarriage rates continue rising, the Jewish communities in the Diaspora will vanish.

…The Pew study also found out that Jewish adults between the ages of 40-49 had an average of 1.9 children each, compared with an average of 2.2 children per adult in the same age bracket of the general public.

Controversial civil rights attorney Alan Dershowitz even broached the question with his essay, “The ‘Jewish Question’ for the Twenty-first Century: Can We Survive Our Success?” in which he argued that thriving outside Israel causes Jews to become secularized and then to outbreed:

The bad news is that American Jews–as a people–have never been in greater danger of disappearing through assimilation, intermarriage, and low birthrates. The even worse news is that our very success as individuals contributes to our vulnerability as a people. The even better news is that we can overcome this new threat to the continuity of American Jewish life and emerge with a more positive Judaism for the twenty-first century–a Judaism that is less dependent on our enemies for its continuity, and that rests more securely on the considerable, but largely untapped, strengths of our own heritage.

…One Harvard study predicts that if current demographic trends continue, the American Jewish community is likely to number less than 1 million and conceivably as few as 10,000 by the time the United States celebrates its tricentennial in 2076. Other projections suggest that early in the next century, American Jewish life as we know it will be a shadow of its current, vibrant self–consisting primarily of isolated pockets of ultra-Orthodox Hasidim.

…This remarkable story is all too typical of how so many Jewish leaders throughout our history have reasoned about Jewish survival. Without tsuris–troubles–we will cease to be Jewish. We need to be persecuted, impoverished, discriminated against, hated, and victimized in order for us to retain our Jewishness. The “chosen people” must be denied choices if Judaism is to survive. If Jews are given freedom, opportunity, and choice, they will choose to assimilate and disappear.

…The challenge is to move the Jewish state of mind beyond its past obsession with victimization, pain, and problems and point it in a new, more positive direction, capable of thriving in an open society.

Dershowitz believes in Jewish survival in an open society, and calls for an end to the obsession with victimhood of which Jews are often accused. However, demographic facts make it seem like the tsuri theory is correct; without a strong reminder to remain apart from the Other, Jewish people will dissipate in a steady stream of other ethnic groups, much like is predicted for EDPs by the theory of soft genocide.

These demographic effects are clearer in Europe, where exodus to Israel has been a common response to the rising threats of intermarriage and other groups with proven anti-Semitic credentials, like the vast Muslim immigration:

There are still more than a million Jews living in Europe, according to 2010 Pew Research Center estimates. But that number has dropped significantly over the last several decades — most dramatically in Eastern Europe and the countries that make up the former Soviet Union, according to historical research by Sergio DellaPergola of the Hebrew University of Jerusalem.

In 1939, there were 16.6 million Jews worldwide, and a majority of them — 9.5 million, or 57% — lived in Europe, according to DellaPergola’s estimates. By the end of World War II, in 1945, the Jewish population of Europe had shrunk to 3.8 million, or 35% of the world’s 11 million Jews. About 6 million European Jews were killed during the Holocaust, according to common estimates.

Since then, the global Jewish population — estimated by Pew Research at 14 million as of 2010 — has risen, but it is still smaller than it was before the Holocaust. And in the decades since 1945, the Jewish population in Europe has continued to decline. In 1960, it was about 3.2 million; by 1991, it fell to 2 million, according to DellaPergola’s estimates. Now, there are about 1.4 million Jews in Europe — just 10% of the world’s Jewish population, and 0.2% of Europe’s total population.

In other words, European Jews went to Israel after the Holocaust, and now they are continuing to move back as Israel becomes more stable and Europe more unstable through the influx of Muslim and other third world immigrants. In America, the same problem has been masked by the presence of many ethnic groups such that the Muslim influence has not stood out yet.

However, a different force exists in America: a fanatical Leftism, paralleling that of the Soviet Union, which faults Jews for their treatment of Palestinians in Israel, and associates them with wealth and power. This is more like the force behind the Dreyfuss affair than the Holocaust, but it is no less deadly.

As happened in Russia, their former friends turned on them, and Leftist purges of Jews tend to be more practical than German purges, in that the Leftists simply drop them from all positions of influence and make them impoverished anathema, which drives them out of the country. Consider the unanimous approval of American socialists for boycotts of Israel.

This puts diaspora Jewry in a vice. On one hand, they fear being destroyed by their enemies, but on the other, the diaspora in which they have scattered to avoid their enemies is in turn becoming hostile to them, both through political resentment and the tendency of free societies to cause intermarriage, miscegenation and outbreeding.

With Jews at 0.2% of Europe’s population and 2% of America’s, their presence as anything but a financial force is highly limited. As that goes away with rising anti-Semitic, pro-Muslim and pro-Leftist sentiments, Jewish people are finding that they have a better chance of a normal middle class life in Israel than among the chaos of the falling Western Civilization.

And so the diaspora will reverse, but the problems of democracy, Leftism and hubris will remain in the West. As they always were, they are a cause of bad choices and reliance on illusions, and the solution is for us to assume responsibility and un-do the damage, then remake the greatness that once was with whatever remnant of healthy people we have remaining.

Unite The Right: Light Fuse And Get Away! | Judeo-Christian