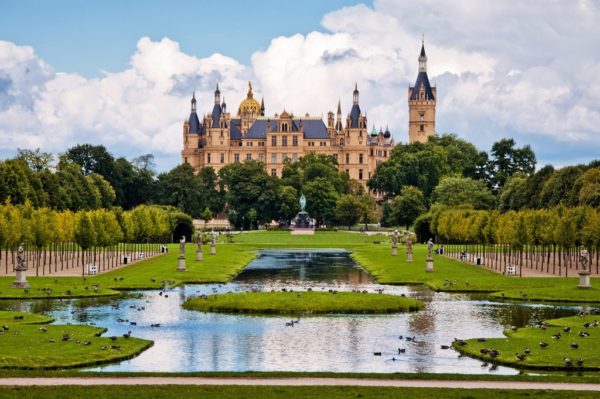 Without venturing into criticism of existing movements, let us agree for the sake of argument that it seems like conservatives have won very few battles since the French Revolution, if not The Enlightenment™ itself, and that current efforts hover dangerously close to being absorbed by the same force that defeated conservatism in the past.

This occurs for a simple reason: Leftism, like any other excuse for avoiding reality, is infinite more popular than the idea that reality is important.

Conservatism is the voice of reason: let us look at what works, and apply that. Leftism is the enticing illusion that says whatever we humans want is more real than reality as a whole. This is obviously anti-reality, but because most people fear the consequences of their acts — a measurement of reality — it is eternally more popular than a concern with what works in reality.

This allows us to see Leftism for what it is, which is a cult dedicated to ignoring reality and forcing other people to agree so that it seems as if this unreality is “proven” correct. Leftists are those who want to use the power of the Crowd to make unrealistic ideas the official “truth” and therefore, to drive out the good and replace it with a lack of standards.

That ultimately serves the individual because then there are no ways the individual can fall short and lose social status through bad behavior. The individual gains the benefits of society without the obligations. Crowds exist to enforce this individualism, which is why they are paradoxical: they act like a mass, but are composed of the need of individuals.

When a civilization succeeds, it begins to fail. The reason for this is that its success means that it is worth money and can make people popular. They want to take it over and gain that benefit; this makes society a target, and its conquest into a commodity that people can use to advance their own power, wealth and status. They make civilization a means to the end of their own individualism.

Their party trick is to define certain areas as places to demonstrate good versus bad behavior, which in turn has the effect of liberating all other areas from observation. As long as you virtue signal about accepting immigrants, you can behave like an idiot when you cut in line, drive carelessly, waste food, behave self-importantly and engage in many other little sins constantly.

Leftism is entirely comprised of virtue signaling for this reason. Its great secret is that its members do not care about the outcome of their actions. They just want to look good. Leftism is a social movement disguised as a political one, and it is this reckless indifference to truth that allows it become popular and have otherwise sane people pretend to believe in it.

The religion of Leftism will not end until it destroys everything. It ends civilizations. It has no single source because it arises through success paired with human failings, which wealth enables civilizations to tolerate. It gains momentum because it travels on a sea of guilt, resentment and envy which are eternal human frailties.

The only response to this religion is a counter-movement which denies cult-like thinking entirely.

Such a movement would take the core of conservatism without the intermediates which have made it odious. It would pursue the best possible results instead of symbols designed to manipulate the herd. The conservative reliance on apple pie, working hard, freedom, liberty, independence, money and Jesus would fall aside, replaced by the goal of revitalized Western Civilization.

A movement of this type recognizes that civilization is like an elevator, either heading up or heading down. There are only brief pauses of indecision and then the elevator goes back to the lobby, which (predictably) is Civilization 1.0, or third world style subsistence living plus warlords. We were on the third floor, now are on the second, but need to get to the fourth or beyond.

Our modern idea is based on constant growth. More people, more freedoms, more money, and more stuff. The past was not quantitative like our present time, but qualitative; it aimed for constant improvement of what it had, meaning that people got smarter, stronger, morally better and healthier, and that its architecture, art, philosophy and culture grew upward instead of outward.

A realist movement — which we should for the sake of convenience refer to the “Ultra Right” or “Ult Right” — would recognize this qualitative need for civilization. We do not need more or different methods; we know what works, and now it is a question of lots of small modifications, case-by-case basis decisions and other acts to improve its quality.

Democracy does not work. It encourages people to act without responsibility to results, because the only thing they are responsible to is appearance to their social group. By the same token, politicians offer visions, then blame the other side. Nothing gets done; the voters have power, but cannot coordinate to use it well, lost in a world of symbol and aesthetics.

Freedom also does not work. Choice is our primary weapon; instead of demanding no limits on choice, demand that all pursue what is good, beautiful and true instead. We need guidance from culture and the ability to make choices from the limited list of sane options, so that the best results possible are achieved for as many people as possible.

Consumerism does not work. It reduces quality by increasing quantity and novelty. This means that we are awash in too many options with too few good ones. This makes us rich in terms of the number of choices and objects, but poor in the quality of their function and as a result, deprived of time we could have spent on something meaningful.

Qualitative realism sees these things as false targets. Freedom, consumer choice and democracy are ultimately symbols used to make us have feelings, and thus to manipulate us, even if we — as a herd — are the ones manipulating ourselves. We can awaken from this world of symbolic unreality and instead act on what is necessary, and then gradually improve that until it is excellent.

This seems like a long path but the fact is that history has sunk liberal democracy, and we are going to be ejected from that sundered boat whether we like it or not. Our only power is our choice about where we land. The Right has so far backed down from these truths as a totality, but the time has come to face our future, and the possibilities it holds. Welcome to the Ult Right.

1 — Attributed to Voltaire, but probably not written by him, and often thought to be about The Jews,™ the freemasons, Scientologists, the Rich,™ Bilderbergers, Catholics or some other shadowy group. In fact, the only group we cannot criticize without everyone going mad is We The People, a.k.a. the voters, who were the people who held political power but did nothing during the last two centuries of degeneration.