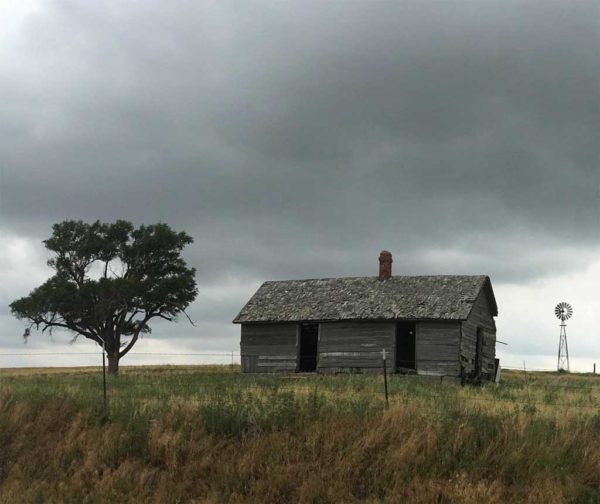 Human convention and social lore hold that we must always be vigilant for external threats: monsters from beyond, invading tyrants, alien invasion, nuclear war or world financial catastrophe.

As always with humanity, the vivid threats deflect from the prosaic reality that the threat is within. The brutal truth tells us that most human efforts fail because the people involved give in to an impulse — greed, lust, self-importance, convenience — and lose sight of the purpose, thus become agents not of their own goal but of their own misleading desires.

This shows us that while the conventional is not incorrect, it is also not the full story. Threats occur from both outside and inside our walls, but the ones inside are more likely, statistically, to carry us away or at least prepare us to fall to the external threats. We self-destruct more than experience conquest.

Perhaps the most challenging and most typical circumstances are those between two extremes. We are oblivious to some facet of reality, so a parasite or enemy takes advantage of it, defeating us through our insistence on paying attention to something other than the task at hand and the rules of nature, logic, mathematics, information or the divine.

Focus requires constant re-investment of energy in something that is invisible. If you are working, and produce objects, even if they are useless, everyone in the crowd can say you are doing your part. If you are investing time and energy in avoiding change or decay to the present tense, then most people have no use for that, because they do not realize that without your work, decay would win.

When we are athletes, soldiers, musicians or other high-performance roles, it is understood that daily effort must be spent to avoid losing ground one has won in terms of ability. But for civilization itself? No such thing is permissible to expend, because the rest of them will not understand, and upon seeing you do nothing they recognize as necessary, will begin doing nothing.

Thus it is that human populations become vulnerable to entropy, or the process by which too many possible directions make choices difficult if not impossible:

We have to look critically to see how this works: thermal energy (potential) per unit, measured in temperature, refers to the advantage to any choice in terms of heat. When a choice offers wide variance, or inequality, then some choices return a huge amount of energy, and others return less. When they are made equal, every choice returns the same, and so the process of choosing itself breaks down, and with it, the incentive to do anything.

This quickly leads to a condition known as heat death, where the lack of potential advantage to any particular choice makes the selection of options random, since any is as good as any other. Heat death causes complex systems to break down from a lack of purpose to any given choice:

For any system to be capable of producing useful work, there needs to be disequilibrium, a difference in potential. For a mill-race to turn a water-wheel, the water must flow downhill over the wheel. If the water on one side of the wheel is at the same level as on the other — that is, the parts of the system are at equilibrium — then nothing will happen. When the potential gradient inside a flashlight battery reaches zero, the battery is dead.

Without that disequilibrium, where one choice wins bigger than another, no motion happens and energy dissipates through a lack of ability to keep it in motion. An acceleration in entropy eventually begets heat death, much as when a society looks inward and stops having a purpose related to the external world, all choices become about the same.

Look at our world. You can take just about any job, and some will earn you more money than others, but you will still be there for most of your life, dealing with similar problems. You can live anywhere, but eventually some idiot will destroy that place, combining your school system with that of the poor kids across the tracks, building shopping malls and apartments, running in new freeways.

It all becomes the same in the bigger measurement of things, which we refer to as “existential.” If we have some purpose, our actions are not random, but designed to end up fulfilling that purpose, therefore converge on a few basic notions, which reduces entropy. With purpose, each action is ranked by how well it succeeds, which creates the inequality necessary to avoid heat death.

When thinking about such things, we translate them into temperature, but really, they reflect differences in information — patterns, essentially — associated with each choice. Thermodynamics provides a way of understanding the world through its underlying mathematics, as expressed in patterns, that shows us the order of life in a way that material existence never could.

In other words, we can measure entropy by the amount of variation between reality and our actions. The more we are realistic, the less chaos we introduce and thus, the farther from heat death we are; the more we are humanistic, or focused on individualism and its extension into the social group and process of socializing, the farther we are from purpose, and the more entropy we retain.

Our modern — from the age of ideology, or egalitarian — society seems to be designed around entropy-as-a-virtue. This makes sense, because the more entropy there is, the less any individual is likely to suffer consequences for his actions. Heat death is his ideal because when no action has consequences, any action is permissible, and in this energyless disorder, the individual feels he is safe from social judgment or Darwinistic consequences.

The non-modern style of acting toward purpose at first seems inefficient because there is always a shorter path to material reward, comfort, convenience and the mental stability that arises from a lack of social threats. But in the mathematics of the universe, the modern style brings nothing but a grey void, while from the non-modern style, infinite colors emerge, but they reflect order, and not the chaos of individuals expressing themselves to a sky they believe is empty in a universe where no purpose can be discovered.