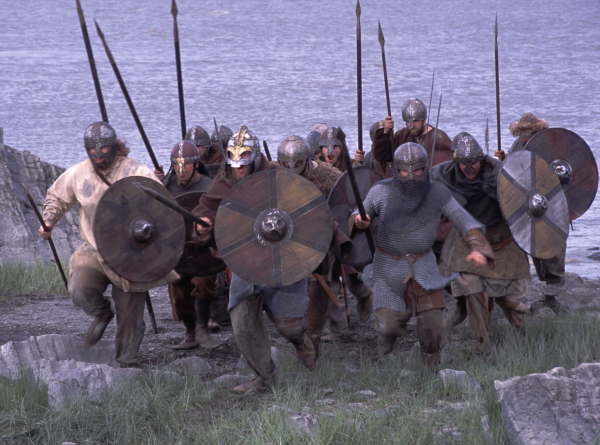 Life would be easier if society did not ignore geniuses. People can choose to ignore wisdom, and if they decide that the source threatens their own self-image, they will ignore the message along with the messenger. This is why politicians love to be humble and periodically have “human interest moments,” like mispronouncing a word (USA) or showing some cleavage (DE).

This weird kind of passive revenge is empowered by our ability to, using our very big brains, shut off any input we do not like in the world around us. We can create a false symbolic world as a result, false because it does not accurately represent reality, and symbolic because it shows us only a partial representation but represents in communication the whole.

Psychology gives us, in true deconstructionist style, a multitude of justifications or diagnoses of this condition, but we can be plain speakers and call it delusion. The root of this delusion is an emotional stubbornness that comes not from fear of change but from fear of the world, and consequently, preferring the “controlled” world of our own false symbolic worlds.

We call this delusion intransigence, a word that means stubbornness with undertones of delay, selfishness and inability to act when required by the reality outside the self. Its roots in the vernacular meaning of “unwilling to compromise” suggest its psychological pattern: people become unwilling to adapt their inner mental vision of the world to data from the world.

This narcissistic — isn’t that what it is? loving self-image over world — outlook affects people in any situation where it is easy for them to have enough wealth, where they are distant from activities they nonetheless are called to comment upon, and where they are empowered by the fact of civilization supplanting nature to deny reality some or all of the time.

But the disease of intransigence spreads through multiple contacts, because people are not like animals, and we can hide our emotions and thought, so we’re constantly talking to each other trying to figure out the other’s intent. In the course of these conversations during an average day, many people express the idea that intransigence is OK in many ways.

You wanted a drink at lunch? Aw, screw it, the experts are wrong, go ahead. That little slice of cheesecake surely won’t make you fat. This new candidate will fix everything magically. You are worried that this product will not address your needs? Trust me… you don’t need to worry… would a traveling vacuum cleaner salesman lie?

In our modern way of batting aside all abstract problems with very earthy responses, we might ask why this is important. After all, society is there to make sure the greatest number of individuals get to experience the greatest good, which is fulfillment of some mystical mission of purpose in life that somehow few seem to find.

But we can’t question their possibly insane paths because we don’t want people questioning our possibly insane, selfish, deceitful acts. It’s personal detente: we tolerate intransigence in others because of our own intransigence, and this turns all of us from thinking individuals into a mob that wants the simplest, most removed solution from us personally possible, which is always a non-solution that will cause collective problems, and demand more government control.

Intransigence is what connects personal selfishness to collective psychological failure to descent into third-world oligarchy. “It’s not my fault, I just wanna do what I wanna do” — the mantra of the intransigent — is the rallying cry and death knell of humanity, and it’s how all great civilizations decayed into third world status.

Thinkers like Jesus Christ tried to show people that if we love each other and suspend judgment, we can escape the cycle that creates intransigence. All others, wanting to justify their own intransigence, saw was the conclusion: love and tolerate everyone and judge nothing, so we can all be intransigent.

Like most moral questions in life, intransigence is a choice inherent to the human condition. We have brains that build mental models of the world, and then observe models of ourselves acting in them, and we use this process to assess how our actions will play out in the world around us (“I imagine myself throwing an anvil at him… and then cops swarm in. No, instead I will use the infamous Strongly Worded Letter with Hints of Legal Repercussions.”)

You can see intransigence in children:

Kids: But I don’t wanna!

Mom: We need to leave NOW and I’ll explain later.

Gunman: (Has been hiding in corner, twitching, noticed by Mom. Finally makes his move. Corpses of mothers and children alike fall, a reminder to all of us that morality is situational — sometimes the right thing to do is chloroform the kids and save their lives by disrespecting their personal autonomy.)

You can imagine that this has shaped us as a species:

Mother: Children, it is time for us to walk all night, for the fire comes o’er the crest.

Children: Mother, we do not wish to. We do not want to go.

Mother: See yonder crescent flame of ochre and crimson? It is our death.

Young girl: It won’t be here for some time. I don’t want to go now.

Understanding the destructive aspects of intransigence requires we understand how this universe works. It functions by having objects move in relation to one another, which causes the whole of its situation to change, and this iterative process drives the formation of time and space. Even at its stillest, this universe is very far from still.

Consequently, life is moving all around us, and in the way mathematical distributions tend toward either entropy and an increasingly simplicity, which like a fractal pattern finds the most optimal shape for a scenario and then reproduces it in different locations, creating an entirely different effect, life is refining itself — including us.

As a result, if we do not keep getting better at who we are and what we do, we start sliding backward. It’s nature’s way of taking out the trash, or at least, downgrading it to ape status in third world republics where anyone with any knowledge is called a witch doctor and crucified.

Relativity shows us that the world keeps moving “forward,” or walking through permutations and creating new spaces and new needs. The intransigent however prefer their comfort zones: I know how to do this, I feel success at it, I’m comfortable doing this, it doesn’t challenge me, I won’t ever come up short by being incompetent doing what I know I can do, so I’m not leaving it. This keeps them feeling warm and secure, but invisibly, the world around them makes them obsolete.

Think of it this way: if after five generations, a species of bird was doing just what it always did without improving, we would consider that species to be either (a) in a dead-end cycle toward irrelevance or (b) having found a niche, in which it will be comfortably mediocre until something else finds that niche, and because it’s hungrier, evolves faster and wipes out the complacent, intransigent original species.

If after a decade of working in a field, you were no better at doing what you did when you started, you would be frustrated. But intransigence conveys you toward that state by convincing you to satisfy yourself with Pleasant Illusions, and not reach out into the world where you might guess wrong and encounter Failure or other Difficult Realities.

As the movie Apocalypse Now points out, a wealthy nation can wage wars in foreign lands, but because its troops will go home to safety, they can afford to be instransigent, and so they get beat by the more motivated rebels. In Brave New World, Aldous Huxley pointed out how the pursuit of pleasure, a type of intransigence, dooms a society to manipulation by cynical witless leaders.

Other nations fight harder because they have no choice. It does not mean they are better, and in fact, they may be worse on the whole, and may have only figured out how to fight better. They may win, and then create societies that are even more doomed than what they replace. History suggests this is the most common pattern.

The intransigent doom wealthy nations, but those who get past this intransigence discover that there is always another Renaissance waiting to happen. Always another breakthrough. We can only get better at being what we are, if we overcome our fear and are willing to try to make things work in the world outside ourselves.

The ancients knew this. Among others, the Hindus warned us in the Bhagavad-Gita, which could be seen as a screed against intransigence and for, instead, love of the world and its mechanisms in a transcendental state. The Hindu religion may be the oldest wake up call that says “ignore the world of yourself, and look at the world around you, and only then look at yourself but look deep within, instead of paying attention to the part of you that looks like the world, past the surface elements that others want to use to claim brotherhood with you.”

Hinduism is so beyond the pointless division (because power, like all tools, dictates how you must use it) between liberalism and fascism. It has melded the two extremes into pure common sense, if the sensor is a super genius. It is identical to European paganism, the animistic polytheism of the Greeks and Romans, even the conqueror religions of the Aztec and Maya. These religions — if read as philosophies — are identical in form, because we share a world, and certain ways of responding to it always turn out better than others (if you don’t believe that, create a religion centered around surviving in the Alaskan forest without making a fire).

As religious symbolism goes, the Battle of Kurukshetra is one of the clearest symbols in all of history. It reminds us that it doesn’t matter if some people are our friends, or our personalities like their personalities, or we think we need them or they seem to be our brothers. If they’re intransigent, they’re delusional and withdrawn from reality, and we must destroy them for the health of our species!

Deep inside nature there is a feral, primal, hateful fascist that wants to see that child’s — the one above who didn’t wanna leave just because a forest fire was coming — charred skull resting in the roots of an ashen tree. This same force, as old as the universe itself, works by finding what patterns fit into a situation so flawlessly they can simplify it. It is the genius of a relative universe, and the great-grandfather of natural selection.

Intransigence is a human response to the primacy of this force. It threatens us, personally, in our weakest moments, so we’re tempted to get just powerful enough to deny it, and then we’ll feel safe. But this safety is like the warm feeling that comes with hypothermia: it’s our bodies administering palliative, symptomatic treatment — making us feel happy and warm before death rips us from this earth.

Scientists Would Analyze School Shootings, not Judge Them; Why Don’t We? (Brett Stevens) | Panendeism and Animism