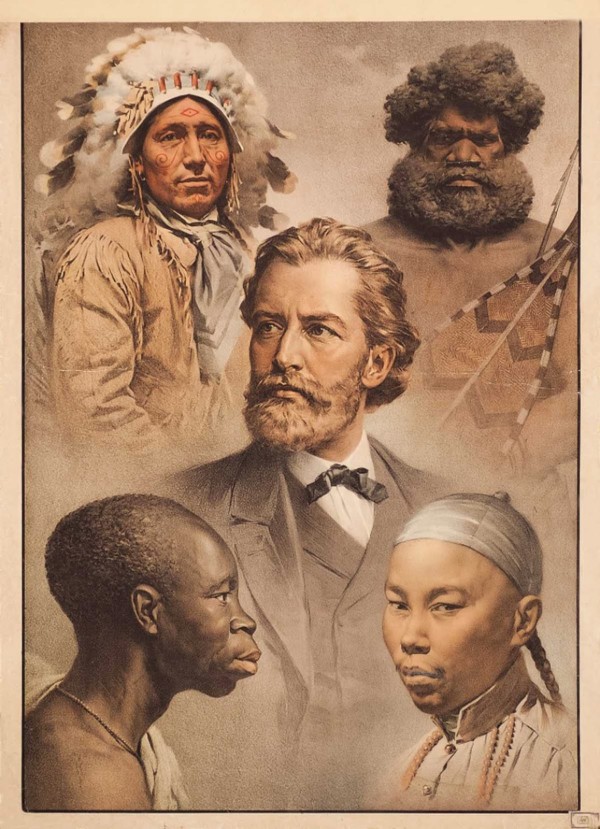 What process kills every civilization? Degeneration, or the genetic adaptation to lower conditions by its population, precipitating a collapse into third world status. Too much inclusivity normally causes this, which leads a civilization to value its least productive and moral citizens along with others, and that quickly leads to disastrous policy including unnecessary wars and diversity.

Every effect has a singular cause, however, and the cause of too much inclusivity is a lack of direction. Without purpose, societies become subsidy engines through easy work, producing hordes of parasites who think that by showing up to a job and reaping the benefits, they have participated in society. The “bourgeois” attitude of more than laissez faire but “out of sight, out of mind” applies there.

Lack of purposes emerges from an unwillingness to strive for more than the material. In turn, that originates in a lack of belief in the physical world and withdrawal into mental worlds, including personal religion. When people reject the goodness of our world, they reject a purpose to life itself by passing off their human judgment as absolute truth, which then creates a ghetto where only human desires, judgments and feelings are accepted as real, which creates a very real neurotic hell.

Darwin rightly points out that degeneration occurs naturally to any population without the strength to resist it:

Those who marry early produce within a given period not only a greater number of generations, but, as shewn by Dr. Duncan,19 they produce many more children. The children, moreover, that are born by mothers during the prime of life are heavier and larger, and therefore probably more vigorous, than those born at other periods. Thus the reckless, degraded, and often vicious members of society, tend to increase at a quicker rate than the provident and generally virtuous members. Or as Mr. Greg puts the case: “The careless, squalid, unaspiring Irishman multiplies like rabbits: the frugal, foreseeing, self-respecting, ambitious Scot, stern in his morality, spiritual in his faith, sagacious and disciplined in his intelligence, passes his best years in struggle and in celibacy, marries late, and leaves few behind him. Given a land originally peopled by a thousand Saxons and a thousand Celtsâ€”and in a dozen generations five-sixths of the population would be Celts, but five-sixths of the property, of the power, of the intellect, would belong to the one-sixth of Saxons that remained. In the eternal ‘struggle for existence,’ it would be the inferior and less favoured race that had prevailedâ€”and prevailed by virtue not of its good qualities but of its faults.” — Charles Darwin, The Descent of Man

Evola shows, in turn, that degeneration arises from lack of purpose toward the transcendent:

If we look at the secret of degeneration from the exclusively traditional point of view, it becomes even harder to solve it completely. It is then a matter of the division of all cultures into two main types. On the one hand there are the traditional cultures, whose principle is identical and unchangeable, despite all the differences evident on the surface. The axis of these cultures and the summit of their hierarchical order consists of metaphysical, supra-individual powers and actions, which serve to inform and justify everything that is merely human, temporal, subject to becoming and to “history.” On the other hand there is “modern culture,” which is actually the anti-tradition and which exhausts itself in a construction of purely human and earthly conditions and in the total development of these, in pursuit of a life entirely detached from the “higher world.” — Julius Evola, “On the Secret of Degeneration”

Conservatism is what conserves. What is conserved? That which is excellent. Conservatism has two prongs. The first is consequentialism or measurement of all things by their effect in reality in full scope, meaning for all time and in all contexts. The second is transcendental purpose to life itself, based in — if nothing else — our ability to establish an order above the default, and achieve “the good, the beautiful and the true” and “the perennial things” (Huxley) or “Tradition” (Evola).

We define ourselves by that toward which we strive. With a physical goal, we become more physical things; this includes physical goals like equality and pacifism. With a transcendental goal, we push ourselves toward what is not just reacting to life, but what is enhancing it, and in that power we see the reason to ascend to greater clarity of consciousness and through that see the wisdom of nature and any gods in which we believe.

Until that point is achieved, all discipline is “outward in” meaning manipulating manifestations in appearance of inward tendencies, not the tendencies themselves. Very few humans achieve this point, and only later in their lives, and even then they see in varying degrees. This is why the ancients put their best people into aristocracies and kept them in sheltered, introverted, and meditative states of contemplation and surrounded them with other wise people, to produce leaders who were fully aware and capable.

Without leaders of this nature, we succumb to degeneration because of the inevitable compromise and eroding of standards and through that purpose over the years, and so we end up degenerating within and having that manifest itself in declining genetics. At that point, our civilization becomes moronland, the outright stupid and thoughtless becomes the approved norm, and anyone with a brain flees to the hills, leaving behind a third world level of disorganization and venality.