The fruit of equality 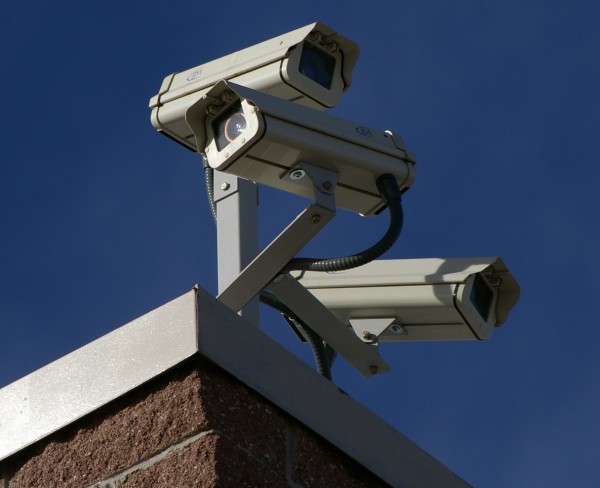 Most people identity George Orwell’s 1984 with a warning about the dangers of totalitarianism. Read more closely, the book serves as a warning about political instability brought on by popular sentiment.

The political authority in the book is IngSoc, short for English Socialism. Citizens are herded into activities like Two Minutes Hate that remind us of corporate team-bonding activities today. Telescreens watch for dissidents. The root of the problem here is not the control itself, but that it is needed.

In the same way, we live in the ruins of equality now. Equality as a concept is like a virus, using altruism as its approach and reductionism as its weapon. Once allowed into a society, it spreads like a cancer, demanding the “democratization” of all things. First we engage in class warfare to make ability levels equal, then equalize the sexes, and finally bring in the third-world labor as equals.

Equality swallows up all other ideas. If you are an environmentalist, you must work equality into your platform; to make the two work together, environmentalism must not tell anyone what to do — unless they are at the levels above equal, at which point they must be punished to benefit others. If you are an architect, your buildings must emphasize equality; scientists must consider all people to be identical molds that serve as interchangeable parts with no biological differences.

Since equality is a fantasy, and if people were actually equal society would quickly disintegrate, equality serves as the perfect control virus. You either obey and go insane, or resist and are marginalized and eventually destroyed. Since the price of success is accepting nonsense as reality, actual competence becomes secondary. This creates a society, headless and out of control, careening toward oblivion…

Returning to 1984, we can read Orwell’s pugnacious analysis of liberalism:

But always â€” do not forget this, Winston â€” always there will be the intoxication of power, constantly increasing and constantly growing subtler. Always, at every moment, there will be the thrill of victory, the sensation of trampling on an enemy who is helpless. If you want a picture of the future, imagine a boot stamping on a human face â€” forever.

In his view, it is a pure power trip. The joy of subjugating others with ideology and having the ability to abuse them drives these people. He creates this in parallel to the hate rallies that keep people bonded to government:

The horrible thing about the Two Minutes Hate was not that one was obliged to act a part, but that it was impossible to avoid joining in. Within thirty seconds any pretence was always unnecessary. A hideous ecstasy of fear and vindictiveness, a desire to kill, to torture, to smash faces in with a sledge hammer, seemed to flow through the whole group of people like an electric current, turning one even against one’s will into a grimacing, screaming lunatic. And yet the rage that one felt was an abstract, undirected emotion which could be switched from one object to another like the flame of a blowlamp.

This is what drives the egalitarians. From SJWs gangrushing employers to coerce them into firing employees with controversial opinions, to the mainstream media attacking Donald Trump for even mentioning immigration, all of leftism is an addiction to the power of harming others. It is the rise of those who cannot do much against those who can, and their desire to humiliate, subvert, sabotage and enslave the can-doers. It is human envy, resentment and fear enshrined into a false “goodness” that gives its members license to destroy whatever they want for the brief thrill of power and feeling of superiority.

Even 1984 is infected with this crowd madness. The only conclusion one can come away with from the book is that the crowd is mad, but they can be controlled through “freedom” instead of power-lust. What Brave New World points out, but 1984 missed, is that the root of power-lust is the drive to freedom and individualism. People seek power with their freedom because they lack actual purpose, and because through egalitarianism and assuming that everyone is the same, we have empowered mob rule instead of leadership by the wise and capable.

Physics provides a metaphor here. As written about by Thomas Pynchon and Don DeLilo, modernity consists of chaos: a pretense of order, with people in states of zombie-like panic acting out their individual desires at the expense of the rest. With equality comes chaos, or a lack of cooperation between people, which results in infinite activities of a perverse, distracting, pointless or destructive nature. The concept of entropy comes into play here because it states that, over time, options proliferate.

As more options become available, it becomes less likely that any particular one will be selected; entropy increases. Eventually a state is reached called heat-death where all options are equally the same in value and likelihood of being selected, at which point selection itself shuts down. There is no point doing anything. And so the system drains energy and becomes dead, much like the senescent Soviet Union and now, the modern US-EU axis. Equality creates individualism which creates chaos and ends in a state of paralysis.

If I could leave you with one image, it will be this: that boot smashing into the human face — since not all humans are equal, and most are unable to control themselves, most faces should be smashed by the boot so they do not do the same to the rest of us and doom all of society. Most people are doomed to disappointment by their own inability to control their desires and impulses, but not all of us should go down together, although it appears that “unity” is the goal of liberalism.

HERO or anti-hero | Success for me, but not for thee — the secret of guilt culture