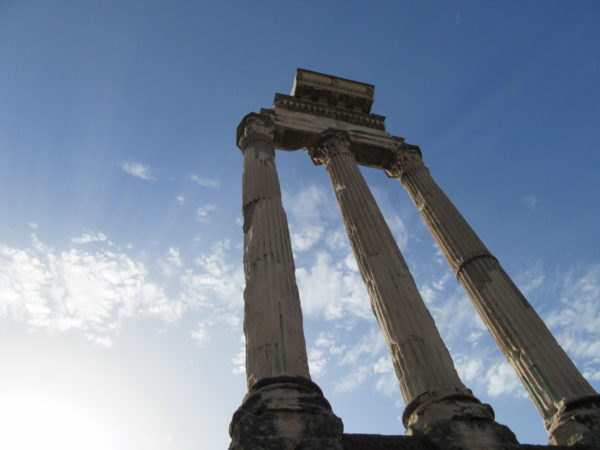 Leftism is a neurosis. Neurosis is a form of superstition. In superstition, people assign the wrong cause to an event. If it rains one day when people do a certain dance, that becomes the dance to invoke the rain. The superstition in Leftism is that success arises from universal inclusion.

Picture your typical small tribe or town. People are kept in line by rewards for doing good, and the threat of exclusion from a social group or society itself for doing bad. This contradicts the order before civilization, which was “everybody do whatever they want.”

Humans have an in-built engineering flaw: they see the world through their powerful brains, but in doing so, elevate themselves above reality. They share this viewpoint with other humans and, if left alone, will create a social construct of reality based on human desires, judgments and feelings based in the ego.

This creates conflict between the needs of society as an organic whole and the impulses of individuals. Eventually the individualists form a collective to demand “everybody do whatever they want” and create friction. Leftism occurs when the people back at home in armchairs decide that it is more important to eliminate conflict than resolve it.

The problem with this thinking is that it requires us to invert our method of perceiving the world. Instead of observing what is, and then constructing a thesis based on that, we must construct the socially-appropriate thesis and then look for data to support it — and exclude the rest. This simple idea breaks our thinking. This is parallel to our mental dysfunction of opting to eliminate conflict rather than achieve cooperative goals, which requires conflict with the in-built human engineering flaw (which the Greeks refer to as “hubris” and the Christians, “evil”).

Think of ancient examples of evil: Adam and Eve in the garden of Eden deciding that they want to be gods by eating the forbidden fruit, or Satan deciding to rebel against the order of God because it does not flatter Satan’s ego, or even the crowd before Pontius Pilate demanding the sacrifice of Jesus Christ as a scapegoat. It is the same psychology, and the same pathology, in each case: the ego wants to be in control of reality.

Humans have a default type of entropy within us. Much as every object in the world seems to desire to return to a state of chaos, humans desire returning to the “everybody do whatever they want” that existed before civilization. However, they also want the benefits of civilization, so they must find a way to compel others to provide them.

They do this with guilt. Instead of using direct compulsion through threat of exclusion, they invert this process too, and create a fake positive reward for doing good that casts those who refuse it into a bad light. Sort of like asking people if they are “for” peace, and if they say no, saying “So why do you love war?”

These guilt-based philosophies work through the notion of using “false opposites.” A false opposite exists when a binary state is imposed on a more varied field of data. For example, if you want people to do something, you define compliance as “good” and by implication, through the converse principle, everything else becomes bad.

The classic false binary is egalitarianism. It sounds good: make everyone equal, which is another way of saying “accept everyone” without regard to their contribution. This makes it more efficient to not-contribute but reap benefits than to struggle to contribute, which adds an unrewarded burden.

Naturally the problem with this approach is that it removes any sense of cooperation. People are now acting as free agents against society itself. This requires society to bribe the to participate, which they then do with less zeal for accuracy, leading to higher costs and lower quality for everyone.

As time goes on, the society expands into a pyramid shape, with many people at the bottom who need to be bribed and a few at the top who try to keep things together. This creates a form of legal parasitism that weakens the most productive and expands the population of low contribution individuals.

All of them preach a simple message: reality is not what it is. Instead, what matters is the human world of good feelings. If you feel good, it is good, and you can ignore the consequences tomorrow of what you do today. There is another way, other than reality, and it consists of social approval for what you do.

This is why Leftism is hard to unpack. Its root is egalitarianism, which is a collective philosophy based in individualism. That individualism creates conflict, which gives rise to a superstition of pacifism. That in turn leads to an obsessive, pathological mindset that tolerates no dissent and grows like a cancer because it is socially unpopular to oppose it.

The opposite of egalitarianism is an insistence on order, through hierarchy, standards/values, goals, and aesthetics. This allows us to construct a tree of beliefs that shows the difference between egalitarianism and realism.

As these brief examples illustrate, the gap between human intentions (and the individualistic ego) and what actually shakes out in reality is quite vast. We live in a world of illusion, a consensual reality formed of individual desires as to what “should” be true, but based in the ego and not reality, and for that reason, everything we do fails — it just takes centuries to see how vast the failure is.