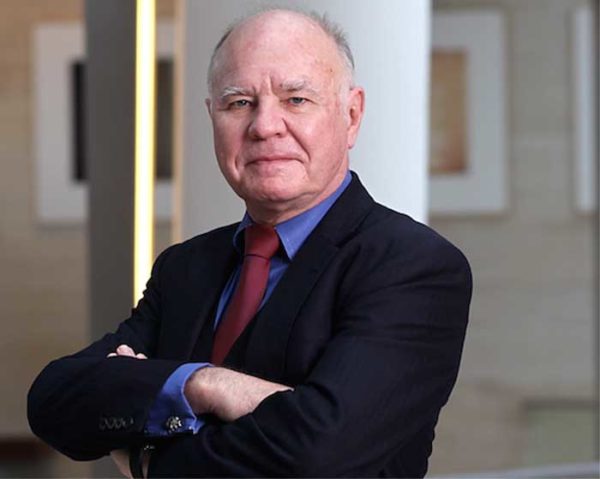 As many of you know, the guillotine squads went after their latest victim, Marc Faber, an investor and writer who — perhaps strategically — rejected a few of the illusions taken as faith that power the post-Enlightenment™ world. This will either destroy him or make him more famous than before for having been able to repel The Establishment and its ideological conformity.

Apparently, he spoke a forbidden truth about history:

Just hours after Marc Faber was ousted from three corporate boards for racist comments in his newsletter, organizers of a wealth conference next month in Singapore decided to keep the veteran investor as a keynote speaker.

…â€œThe comments might be considered racist, but we canâ€™t ignore his life work, experience and knowledge,â€ Talpsepp said in the email. â€œIn the stock markets, there is no racism at all, as all trades are anonymous. You will never know with whom you are making trades. Sometimes you trade against a computer, sometimes against white, black and Asian people. It does not matter. What is important is the knowledge.â€

…Talpsepp defended Faberâ€™s comments: â€œHe is a statistical guy and this is where his comments come from. He looks at the GDP of Zimbabwe and compares this with the GDP of the United States. But the United States has always been multicultural and some white people in America have used black labor against their will for centuries.â€

We are all familiar with this drill: person with something that we can take says something against the narrative of our time, so we humiliate them publicly, remove their power and take their stuff. Then we conclude that, because we have banished the symbols of someone knowing better than our narrative, the narrative is safe and therefore we are safe in continuing our behavior as it was.

You can see the same thing in a monkey troupe if an individual finds a fruit that no one else noticed. There is much screeching, and then monkeys come over to demand “their” share, and when it is not given, they gang up on the monkey who found the fruit, beat him up and take it. Even alpha monkeys cannot resist the numbers of the crowd. You can beat the first ten, but then it is the deluge.

So what were the controversial comments? If we read the full document that he issues through his Gloom Boom Doom consulting firm, we can see that he makes a number of controversial-but-accurate comments, starting with a critique of conservative missteps in the West:

But that fact seems to escape righteous socialists such as New York City mayor Bill de Blasio, who, unlike de Soto, believes that (according to an interview that appeared in New York magazine on September 4, 2017) â€œthe biggest obstacle to progress is the idea of private property. He spoke of a â€˜socialistic impulse,â€™ and seemed to favor the idea of turning the Big Apple into Venezuela.â€

…he gets at least one point right when he says: â€œI think thereâ€™s a socialistic impulse, which I hear every day, in every kind of community, that they would like things to be planned in accordance to their needs.â€ (People with socialistic impulses would probably love â€œthings to be planned in accordance to their needsâ€ by someone like Stalin, Mao Zedong, Hitler, or Kim Jong-un.)

…Todayâ€™s politically correct society prefers to waste its time with tearing down important historical monuments that are a reminder of our history, even if it was not always glorious. (George Orwell: â€œThe most effective way to destroy people is to deny and obliterate their own understanding of their history.â€) Important issues, such as how we are going to resolve the problem of excessive debts and enormous unfunded pension fund liabilities, etc., are ignored or neglected. Westerners prefer nowadays â€œnot to give to society but for society to give to themâ€, and they ardently wish for freedom from any responsibility (Edward Gibbon).

I donâ€™t want to enter into a serious discussion about the tearing down of monuments of historical personalities, but I cannot omit mentioning how the liberal hypocrites condemned the Taliban when they blew up the worldâ€™s two largest standing Buddhas (one of them 165 feet high), situated at the foot of the Hindu Kush mountains of central Afghanistan, in 2001. But the very same people are now disturbed by statues of honourable people whose only crime was to defend what all societies had done for more than 5,000 years: keep a part of the population enslaved. And thank God white people populated America, and not the blacks. Otherwise, the US would look like Zimbabwe, which it might look like one day anyway, but at least America enjoyed 200 years in the economic and political sun under a white majority. I am not a racist, but the reality â€” no matter how politically incorrect â€” needs to be spelled out as well. (And letâ€™s not forget that the African tribal heads were more than happy to sell their own slaves to white, black, and Arab slave dealers.)

There is quite a bit to unpack there, but let us start with his actual topic: some methods work for civilization, and some do not, and each of us has a “socialistic impulse” by which we desire paternalistic society, but this leads to movements like the Taliban, Communism, National Socialism, or African tribal heads who are willing to sell slaves.

He equates this socialistic impulse with “freedom from any responsibility” and a desire for “things to be planned in accordance to their needs,” and points out earlier in the article (not quoted above) that this is the path by which societies commit suicide. Planned societies do not work; societies based on responsibility, or having everyone contribute and raising the best contributors above the rest, work well, and that is the point of the article: to relate investment strategy to the rise and fall of civilizations.

The title of the article, in case you were wondering, is “Free Markets And Capitalism Versus Socialism.”

After condemning Hitler, blasting the destruction of Buddhas, and then pointing out that destroying history is part of this “socialistic impulse” and a sign of decline, thus related to the topic of the newsletter, which is a gloomy outlook on the various booms and bubbles of our managed economy, Faber then compares two societies: Zimbabwe and America.

He takes pains to point out that he is not a racist, and gives no reasons why there are disparate results, and this is what upsets the Left the most; he has, more than violating the race taboo, violated the equality taboo. In Leftist logic, Zimbabwe is an impoverished high-crime typical third world nation by either (1) chance or (2) the Guns, Germs and Steel theory that Europeans just stumbled on wealth and technical innovation that they did not deserve. Faber violated taboo by not affirming the narrative of equality.

But since he does not give us a reason in another direction, such as comparing IQ figures or MAOA-L genes, he is simply stating history here. Much like those planned economies failed, indicating a bad method, something about the white majority method worked while the African majority method does not. Naturally the Left will see this as racist, but Faber is stating bald facts without cruelty.

Perhaps that needs to be understood in context; the article begins by analyzing the suicides of farmers in India, where the tax requirements for a planned society are destroying individual farmers. He then points out that, generally, third world countries adopt this paternalistic form of society, and that the West succeeded where it broke free from that mental trope.

Now let us return to his actual point, which is to criticize that white majority for having adopted the strategies common to the third world societies:

Two of my readers recently sent me articles that showed how ridiculous our regulatory system has become in the West.

In one instance, a six-year-old girl who was selling orange juice on a London street corner was fined $50. In another, a county in California decreed that schoolchildren who were cutting the grass of their neighboursâ€™ lawns needed a licence.

I find it very commendable when young children try to be entrepreneurs instead of relying on handouts from the government, begging on the streets, taking illicit drugs, or attending courses on political correctness.

When we read Faber’s comments in context, suddenly we see that they are not “racist” and more a comparison of methodologies. But again, that probably offends the Left more, since it contradicts their socialistic impulse and desire for a planned society by pointing out the bald truth: planned societies do not work, whether in the third world or here.

And if we read that point in context, we see that Faber is asserting the exact opposite of a racist claim. He believes Zimbabwe could, if it adopted the original Western method instead of the planned economy method, become a success because what is holding its people back is not their race, but their choice of economic and social system.

Another day, another outrage by people with nothing better to do because they have no purpose in life. Leftists are only one variant of those; our entire society, held captive by jobs and television, seems to have lost its ability to be honest and forthright and work toward solutions. When people give up that thoroughly, no wonder they lash out in blind ignorant rage at the truth-tellers.

Entropy And Heat Death | A Positive Side To The Black Pill