Why the Dark Enlightenment and Orthosphere have faded 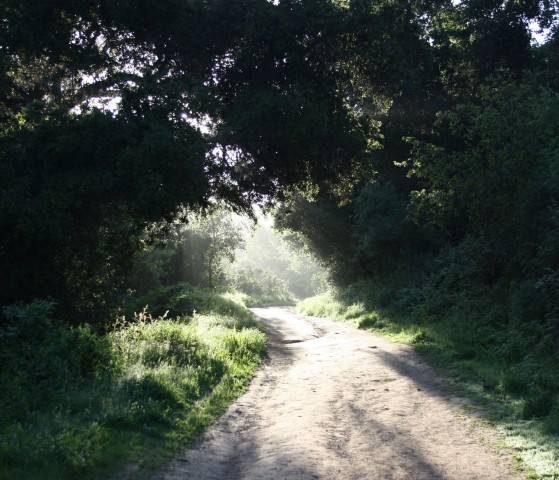 Most people in the West live in total denial. Their lives rest on a platform built of assumptions and any challenge to that undermines their status, authority, value and in many cases livelihood. As a result, they refuse to consider problems with our civilization and will continue in this denial as more walls fall around them.

Those who have figured it out and realize that the West, like Rome or Angkor Wat, is in decline from lack of internal coherence, face a difficult task in that first, their views are totally marginalized, and second, among those who have made this first step there is no unity. Hence on the “underground Right” or “realist fringe” a quest perpetuates itself in the search for some new method, path or ideology that is both true and can convert others by not offending their liberal-conditioned sensibilities yet leading away from the herd-mentality.

Unfortunately this makes the underground Right extremely trend-oriented. That has both a powerful lifting factor for any seemingly new idea, but also a faddishness, so that these ideas last for only a few months or years and then burn out. At first it was third position, then the concept of an alternative right, then the Orthosphere, and most recently, the “Dark Enlightenment.” In a recent article, I pointed out that the Dark Enlightenment is following a liberal template and ideal.

This ruthlessly annoyed the fat-fingered keyboard warriors of the DE who turned on me. They did this in standard Internet-argument-speak by implying that I simply “didn’t understand” the DE. A typical one of these posts began by saying that I just hadn’t read enough of it, or didn’t grasp the concepts, and then unleashed a torrent of citations that were minimally on-topic. I let a few of these expire in our new messages queue because I view passive-aggression as the #1 social problem in the West today and will never support it. Finally, one of them blurted out a rejoinder, to which I replied:

Which brings us back to the same problem of rule by the angry mob, which was the point of the original Amerika.org article.

In other words, the “you didn’t understand” was a smokescreen as they have now admitted with their own words. That had been my point all along, but it illustrates the problem with the Dark Enlightenment: they are fundamentally liberals looking for a reason to be important, or privileged like one of the victim groups to whom we assign status like minority or gender privilege, and they want a reason to put others down to raise themselves up. If they ever got a chance to implement their ideas, it would rapidly lead to the same problem we have now, which is that liberalism is egalitarianism which emphasizes disunity, not unity.

The Dark Enlightenment became a trend. Even if its original intentions were good, it rapidly led to the same 1789/1968 philosophies that power modern liberalism. This was not the intent of its creators, but is an inevitable consequence of trying to set up a “third way”: since leftism and rightism are such fundamental principles of human politics, trying to find a third way always involves the hybridization of the two, in which liberal beliefs — which are simpler, and more flattering to the individual — subsume conservative ideals.

The Orthosphere presented another promising idea, and one that still has promise because it is rooted in an old need and an old tradition, namely that of a truly reverent religion. The problem with the Orthosphere is that its architects saw it as a replacement for politics, or at least, a necessary ingredient in politics. Further, some exhibited an attitude that suggested that politics without religion was destined to failure or was somehow illegitimate, much as some Traditionalists have in the past, misstating the teachings of Evola and his guide Nietzsche. And now, as the inimitable and insightful Bruce Charlton observes, the Christian blogsophere is in decline:

In terms of genuine growth of frequent blog viewers, in terms of an ‘audience’, plateau means decline, therefore this blog probably started on the down-slope a year ago.

(The shark must keep moving forward, or it dies!)

What was always a very small internet presence of traditionalist real Christian (real=not-‘Liberal’), Mere Christian (cross-denominational) blogs has become even smaller; and in relative terms (as the mass media expands) even more so.

This brings me no joy, as the Christian blogosphere along with the thoughtful New Right and Alternative Right authors offer a small slice of sanity in a world that is composed of people determined to avoid personally inconvenient reality at all costs. However, what happened here — it seems to me — is that the Orthosphere was adopted as the Next Big Thing by people who are interested in reality-based civilization design, a field which overlaps Dark Enlightenment, Traditionalism, Deep Ecology, paleoconservatism, monarchism, New Right and Third Way outlooks. When the Orthosphere did not fully serve those needs, it too was dropped as a trend.

Blogging as a traditionalist Christian is a matter of trying to inspire a few, a handful of, individuals – it is not a matter of mobilizing and energizing a mass audience, a silent majority or an army of faithful: no such mass majority army exists.

Begging his pardon, I will respectfully disagree. That is: I think he’s looking in the wrong place, for the wrong thing.

What is this wrong place? The masses are not what force change. Small dedicated groups who are able to mobilize themselves and force selective change are what prevails; the masses are generally inert and act only as a restrictive force, since they only approve drastic action when it personally flatters them or addresses an immediate fear. Instead, what we need is for the natural leaders among us — you can find them in any walk of life, but they’re the people who make things happen regardless of their job titles — to start drifting closer to an understanding of what is needed.

What is this wrong thing? He is looking for a united army of the faithful, where what he needs is a cultural shift. This is already happening. Even the mainstream media now features more articles about religion, the soul, consciousness and metaphysical questions. Our popular literature, including but not limited to stuff like Harry Potter, shifts ever closer to a metaphysicist position. And as mainstream religion drifts further toward Crowdism, the few exceptions stand out more and more people are dropping out of those movements in favor of unmeasurable smaller churches or personal religious feelings. We do not need a great army like that which stormed the Bastille. We need this great cultural shift to occur with tiny steps so people can get comfortable with it instead of pitching head-first into radicalism.

This leads us to a broader answer. We never needed the Dark Enlightenment, or the third way. Most people who are getting anywhere in life are inherently “mostly conservativish,” meaning that they apply conservative principles to their own lives. They are looking for an answer. The answer is a rightward shift away from egalitarianism (individualism) toward a sense of an objective reality, and a reverent approach to life which suggests we aim for the best outcome by having higher objective standards, not protecting the worst outcomes through subjective relativism.

As far as messages go, this one is subtle. It is non-confrontational. It demands we stop doing wrong things more than that we shift in direction toward a polar radical. Mostly, this involves abandoning the great leftist progressive crusade for Utopia through egalitarianism, and a focus instead on producing functional results. By casting doubt on the absolute necessity of liberal ideology alone, this viewpoint shift releases the grip liberalism has had on us for centuries, portraying itself as the only way forward. In its place it puts the least offensive kind of tradition, which is sticking to what works and personal characteristics such as honor, loyalty, pride in one’s work and devotion to both doing good and finding some kind of transcendent meaning in life itself. Not in the individual, as leftists would have us do.

Keep it simple. Liberalism is insanity and is a lifestyle choice, not a divine mandate toward what is good and fair. Good living and natural values are important and we should protect those. Our goal is not to invent some philosophy to appeal to liberals, which will never work because liberals always offer a more tempting devil’s bargain, but to remove support for insane philosophies and to pursue healthier practices instead. This, more than another new exciting trend, is what we need; for those who have not yet joined the zombie march of leftism, this is the future.