The pervasive insanity of modernity 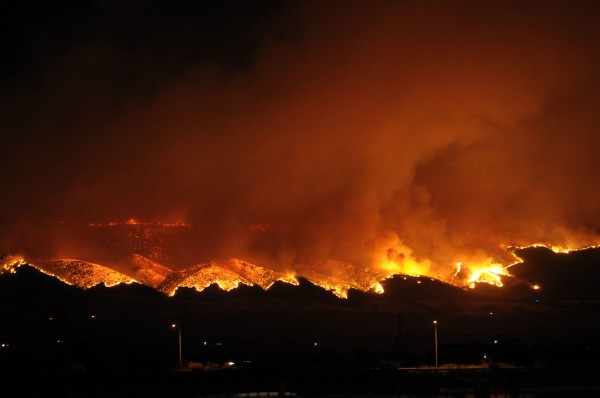 Imagine that you are explaining — and this always verges on justifying when faced with a questioning audience — modern society to a child.

You would gently mention how over two centuries ago, people decided that government was to blame. Thus they embarked on a reign of terror where they pulled whole families out of bed in the night and dragged them off to show trials and bloody public executions while crowds cheered. Then the same group of people spread war across Europe, expanding recklessly before being eventually driven back at great cost in lives, time and destruction.

How could this be? the child might ask. Because, as a child will note but a properly socially chastised adult will not, it sounds insane. And we celebrate it to this day as the beginnings of freedom and wisdom.

The problem with insanity cannot be explained by the young or middle-aged, but it is clearer to the old. They view it as a kind of contagion, something one works carefully to avoid because it always present, lurking in the dark corners of the rooms along with all the other germs, parasites and terrors we wish to avoid. An older and wiser person might observe that once you are forced to accept one insane idea as sane, you will find yourself looking for more insane ideas to declare insane and adopt. It’s the Stockholm syndrome, on a mental level; in order to survive with the first insane idea you must declare insanity normal and seek it out to prove to yourself that this condition is actually so.

Ever since the French Revolution, we have been trying to find ways to explain those events to ourselves as something good, when in fact they were the opening of an abyss. We try to find in them a principle we can support, in order to hide the principle we fear we detect in them. We hope to hide away our doubt behind emotion. And yet, we return to concerns: is mass murder really good? What about the fanatical war, that was almost identical to the events of WWI and WWII, which really slaughtered us? Killing children, and whole families, almost like The Holocaust. None of these things are good, yet we’re supposed to overlook that and welcome our new liberal overlords.

We are told that liberalism brought good reforms. It overthrew the monarchy, which we are taught to believe was oppressive and inept. It abolished slavery, which is considered the ultimate evil in our modern time. And it introduced a series of issues that are familiar to us today because our society is still beating the tin drum of these ideological imperatives: equality, women’s rights, end to social hierarchy, freedom, and a lack of social distinctions and exclusivity. But all of these reforms are from the perspective of the individual who wants zero restrictions on his person or desires. These are revolutionary reforms of license, meaning they remove from us social standards of behavior and reverse civilization itself, so that we as individuals can indulge our baser natures.

Since then, every movement and thinker (with a few exceptions) has followed the revolutionary template. Declare centralized order bad; demand people power; remove rules and thus open new areas for exploitation by social, economic and political forces. Following this template guarantees new territory is carved out of the carcass of the dying old order, and personal profit and fame to those who rush into the breach. It is again license, or personal benefit at the expense not of others directly, but of the social order that all depend upon. With each revolution, society dies a bit further and the general state of social order, hygiene, honesty, leadership, and public services declines toward the third-world level which announces the termination of society as an autonomous agency for all practical purposes.

And yet we keep on doing it because we have been taught that insanity is sanity and that mass murder and destruction of civilization are good if you have good intentions. Further we’ve been taught that good intentions are measured through others and that what is popular is right. Finally we are steeped in propaganda, most of which spread by the free will of others, that anything other than the revolutionary ideal is hatred, murder, destruction and primitivism — in short, all the things that the revolution is in itself.

Recently a movement cropped up calling itself the “Dark Enlightenment.” It has a simple core idea: the Cathedral, or centralized order, has demanded a false elite be created through political correctness. Thus the correct idea is to overthrow this false elite and replace it with people power. Sound familiar? Yes, it’s the same old Revolutionary jive dressed up as a new enlightenment, which is why the movement is stagnating. The Dark Enlightenment, for all its posturing, is still a liberal notion, just like white nationalism is a liberal notion, and at this point, most new right and third front ideas are as well. It takes vast mental work and bravery to escape from the paradigm of our time because it is so pervasive and ingrained that it seems as natural as breathing.

In the “Dark Enlightenment” lexicon, the opposite of the Cathedral is the bazaar. Where the Cathedral is based upon idealized collective issues forced into consensus and acted on by institutions, in other words a classic top-down arrangement, the bazaar is bottom-up and non-organized. It is what happens when people get together and do what makes sense to them without deference to the elites. It sounds good until you realize that a similar justification was offered for the French Revolution.

I propose a more radical idea: the Cathedral is the result of the bazaar. In fact, the distinction between the two is nonsense. With the aristocracy, we put the best people in power and it was only because of their gentleness that they were overthrown. With the bazaar, we let individuals choose what they “think” is right, a term they conveniently interpret as meaning whatever they want to believe is true. Thus the bazaar always chooses insanity, and chooses leaders who are either insane, or who know how to manipulate the insanity and thus are heartless sociopaths who care not a whit what happens to their people.

Over and over, the cycle repeats. Our first step is to get outside of it, but we can’t do that by simply declaring war on it and demonizing it. We must actually think in an entirely different way, not a new way or an old way, but a logical way. This logic is different however in that instead of focusing, like ideology, on only one axis at a time (freedom/oppression), it must focus on the whole picture. How beautiful is your life? How elegant are your cities? How honest, alert, thoughtful, and genuine are your fellow citizens? What about your time — is it spent on meaningful things? Do you sense that your society as a whole is rising toward being a better version of itself, raising all of us with it?

For too long we have ignored common sense. The Revolution was murder, theft and cruelty disguised as crowd-pleasing platitudes like “freedom” and “equality,” which mean nothing outside of their ideological context. Our daily lives went from elegant and purposeful to pointless and appearance-driven. Even worse, we made insanity into a form of logic and have been applying it to problems ever since, which explains why they increase and we do not. The Dark Enlightenment is the latest dogma to fall into the comforting lull of this lifestyle, and it will not be the last. But for those who love life, and want to glorify it with a rising society and not more of the same, another way must be found.

Vacation | Satan hides in our own eyes