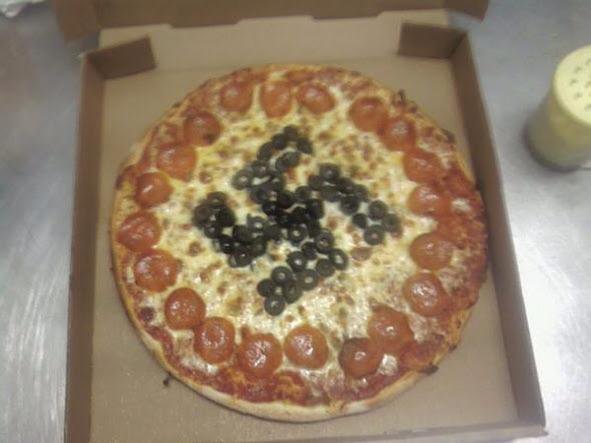 Back in the 1980s, the Left came up with its “No Platform” idea. This was designed to prevent Rightist bands, writers and artists from being able to present their ideas to an audience.

The reasoning behind this was that Right-wing ideas were infectious, like a virus. Once people saw others having these ideas, they would be more prone to adopt them as well.

The Left backed down from this model relatively recently and have switched from the infection model to the notion that certain ideas are offensive and being offended hurts people. They did this because they realized what the Infection Model said.

If Right-wing ideas are infectious when one person breaks the surface tension of political correctness, that means either that people inherently desire these ideas or that they strike them as more accurate. By the converse, if Leftist ideas do not succumb to the Infection Model, it means that they are enforced by peer pressure.

The Infection Model is correct however, but not for ideas: it applies to behaviors. Whatever is most extreme but tolerated becomes the new norm, and so tolerance for any types of behavior leads to more of it.

This is the basis of the “broken windows” model of policing, which states:

The broken windows theory states that if criminals see signs of surrender, like broken windows on a city street that have not been fixed for some time, they see this as a green light to continue committing crimes because clearly crime and vandalism are tolerated here. This theory explains what happens when the media attacks cops in Ferguson and Baltimore; the signal sent is â€œgo ahead and riot, no one can stop you now.â€

The Infection Model and “broken windows” theory also explain why diversity destroys social trust: people see that norms are no longer normal, and so realize there is no way to enforce a standard of behavior on their local communities, and therefore give up on it and work on destroying it.

This model also applies to morality, specifically the morality of lying:

Telling little fibs leads down a slippery slope to bigger lies — and our brains adapt to escalating dishonesty, which makes deceit easier, a new study shows.

Neuroscientists at the University College London’s Affective Brain Lab…used brain scans to show that our mind’s emotional hot spot — the amygdala — becomes desensitized or used to the growing dishonesty, according to a study published online Monday in the journal Nature Neuroscience.

“The more we lie, the less likely we are to have an emotional response” — say, shame or guilt — “that accompanies it,” Sharot said. Garrett said he suspects similar escalation factors happen in the “real world,” which would include politics, infidelity and cheating.

In other words, we either hold the line for truth or it will erode gradually, as if by infection or a “broken windows” style spiral.

Now consider voting. We all go to the polling place, chuck in our votes, and hope our side wins. If it does not, we are expected to rationalize the victory of the other side as good.

Soon accuracy, realism and truth itself are optional. In fact, they are gradually eroding, because there is no truth requirement for the act of voting or running for office, only “preference.”

The mainstream Right wants to end that preference-based system and implement one based on absolute truth. But that has its basis in Leftism, which is the assumption that a truth can exist which all people understand.

Black pill traditionalists recognize that there is no truth that is universal. There are only people who are more likely to understand life more accurately and among those, some with the moral and intellectual caliber that they aim for the opposite of rationalism, which is a desire for transcendental beauty and excellence.

None of that can survive in a society where we legitimize any lying. As with diversity, the “one drop” rule applies: if you allow one drop of lying into your society, truth itself will become infected and go away.

Perhaps our return to health begins with total intolerance of lying.