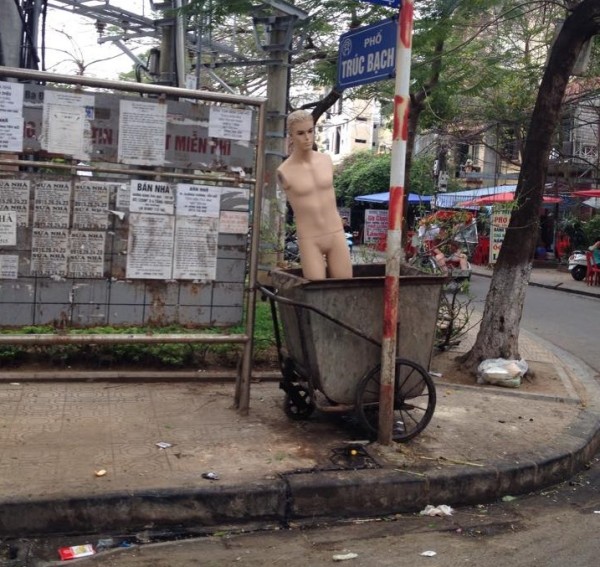 Two theories explain what is happening in the West, and ironically both use variants of the same metaphor.

The first and most popular describes the principle upon which our current government operates. The broken window theory states that a broken window adds value to the economy because a replacement must be purchased and that puts money into the economy. Under this type of theory, politicians “create jobs” with regulation and welfare money grows the economy. It is the basis of our new hybrid of socialism and capitalism that relies on re-financialized debt, or the selling of obligations as if they were of positive value.

The second and less popular, mainly because it contradicts The NarrativeTM, denotes what happens when neglect signals surrender to the negative elements in society. The broken windows theory states that if criminals see signs of surrender, like broken windows on a city street that have not been fixed for some time, they see this as a green light to continue committing crimes because clearly crime and vandalism are tolerated here. This theory explains what happens when the media attacks cops in Ferguson and Baltimore; the signal sent is “go ahead and riot, no one can stop you now.” It also shows why apologizing for imagined slights by protected groups always signals the herd to attack.

Let us witness the surrender in progress in New York City:

There were 11,652 stops across the city through June 3 — projecting to roughly 28,000 for the year, records obtained by the Daily News show. As the number of stops fell, the number of murders spiked 19.5% during the first five months of the year, the number of people shot is up 9.2% and the number of shooting incidents jumped 9%.

“What you’re seeing now are the perps carrying their guns because they’re not afraid to carry them,” said Ed Mullins, head of the Sergeants Benevolent Association. “We’ve created an atmosphere where we’ve handcuffed the police. We are sitting back, taking a less proactive approach.”

— and the surrender in progress in Baltimore, MD:

Homicides in Baltimore are up dramatically — the most in four decades — since six officers were charged in April after the death of Freddie Gray, a young, black man who was injured while in police custody.

…But as crime has risen in the city, arrests have also fallen by half, leading some to accuse police of a deliberate slowdown.

I propose an alternate theory: the small window theory. This theory states that most people see the world through a small window, such that they must change position to see any one thing going on. As a result, they can only focus on one thing at a time, and react to what they see in low detail with no background knowledge. This creates a “whack-a-mole” style government where crises happen, hype rages, and then the voters strike down someone to feel accomplished so they can go back to television and beer. This is why modern government resembles a slapstick comedy: idiots race around bashing down threats and miss the root of problems, which increases problems and thus they run ever-faster, destroying more in a frantic attempt to remove a problem whose source they cannot see.

Small windows does better than the other two windows theories. We use the first theory to justify a vast Ponzi scheme where industry benefits from government handouts in a Marx-Keynes hybrid, and ignore the latter which explains why our societies have been in steady decline. The solution is equally obvious: stop passing off debt as value, and fix all of our windows and show intolerance to any who commit crimes, no matter how small.

Cucklyn Jenner | The narrowing of the discourse