Pat Buchanan — Like Most Mainstream Conservatives — Punts On Nationalism 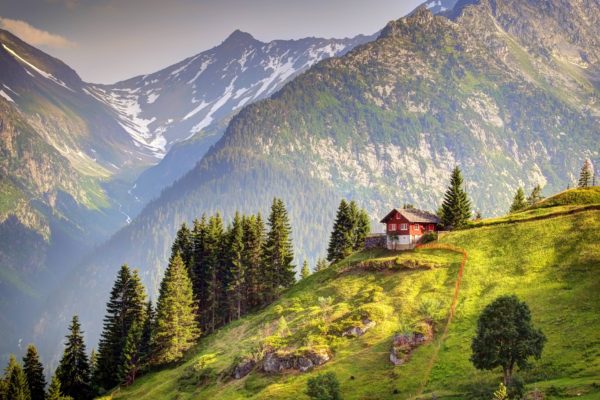 It is undoubtedly wonderful to see Pat Buchanan writing about the downfall of the Leftist world order. However, he skips out on a few crucial concepts.

â€œMy concern has been that it hasnâ€™t really come off as smoothly as one would have hoped. Quite frankly, thereâ€™s an awful lot of forces in this city of Washington, DC, where I was born and raised, that really want to cashier and dump the populist-nationalist agenda. Excuse me, but thatâ€™s the future of the world. You take a look at countries all over the world. Populism, ethno-nationalism, economic nationalism, sovereignty concerns, identity concerns â€“ these are what is moving mankind. With all due respect, the European Union is yesterday,â€ Buchanan said.

Marlow invited Buchanan to define â€œnationalism,â€ one of the most contentious terms in contemporary political discourse.

…â€œAlso that we are a country, a unique people with its own culture, with its own identity, with its own history, its own heroes, its own holidays, its own cuisine,â€ he continued. â€œWe are a separate nation, a different nation from other nations, and in looking out for this, we look out for basically what is our own national family first.â€

No, Pat, that is not what “nationalism” means.

The American and English governments fought WWII against the nationalist powers, who were those who believed that nation was defined by a single founding ethnic group and not a “melting pot” as the USA was.

Naturally the idea of “nationalism” therefore offended these groups, who were trying to integrate different ethnic groups into empires of their own. Their eyes glowed with the prospects of power enabled by having millions under their control, working together toward empire.

Eighty years later, we see that the melting pot model has failed. Diverse groups do not assimilate; they create a Balkanization where society divides into many different groups, and all of those have less investment in the future of the civilization. Thus, the civilization fails.

Nationalism was demonized because it was a remnant of the old order that the French Revolution had tried to smash. They broke monarchy, but then found that national populations remained resistant to the encroachment of Leftism. Therefore, world Leftism had to destroy national populations.

This became unfortunately easy because of the overlap between these Nationalist movements and denials of the types of freedoms, civil rights and human rights praised by democracies. For that reason, democracies found it easier to ally with fellow Leftists in the Communist states than Fascists and National Socialists.

Since that time, Nationalism has been demonized, and in America we extended our natural myth of being a society of frontierspeople into the idea that we accept all people, independent of race. This denies both (1) the natural abilities and inclinations of each race, (2) the failure of mixed-race societies, and (3) the necessity of race as a basis for culture and values.

A nationalist is an anti-racist; to accept nationalism, one accepts a place for each racial and ethnic group which is preserved by racial separation.

Buchanan, like other conservatives, wants to believe that we can form a society out of surface traits, or those which are taught, such as customs, history, values and religion. This inverts the truth of these things, which is that the understanding of them is — like every other trait — genetic, and therefore, tied to a group.

In the West, we are a people united by common heritage which split into national groups over time. The groups which make the West, and selected individuals from elsewhere who are Western in traits, can easily integrate into a national group as in England or the USA where the common Western European heritage unites them.

Heritage forms a way of locking in the traits of a group, which in turn allows that group to separate itself and develop further; the fear of some groups rising above the rest, like the fear of individual excellence, drives the Crowd impulse to demand “equality” or in other words, to erase those differences and bring everyone down to a standard of comfortable mediocrity.

This shows us why nationalism is necessary; groups must be able to exclude others say that they may maintain their own standards:

In short, the three laws lead us to recognize that the whole concept of community (barring defining community as â€œeverything in existenceâ€) depends upon exclusion. Being a community at all requires having a unique identity that excludes other potential identities, particularly when those other identities would be contradictory or imply a degree when the reality is either/or (like a pacifist in relation to war).

This is precisely the problem with â€œinclusivenessâ€ if it is defined as a communityâ€™s highest value. No matter what specific community you have in mind, a totally inclusive communityâ€”that is, a community that defines itself by the standard of inclusionâ€”is incoherent and self-defeating.

The three laws referred to are the laws of Aristotle, which establish the principles of identity, non-contradiction and the excluded middle. Identity states that a thing must be what it is; non-contradiction means it cannot be another thing that conflicts with the first; and the excluded middle refers to the need for things to branch, or be one thing to the elimination of all others.

When these are combined, we see the necessity of each group to define itself as something distinct from the rest, and with nationalism, we see that this takes the form of heritage passing along the traits that made that group distinct. In that view, diversity is a way of erasing this distinctiveness of the group and obliterating it.

Buchanan comes close to seeing this fundamental distinction, but by backing off of its core concept in biology, inverts the definition to mean shared indoctrination instead of shared heritage. He probably does this because he still must do so in our anti-nationalist times, but we benefit from reading between the lines and seeing what really must be done for Us to survive.