Conservatives Need To End Confusion About The Roots Of Western Civilization 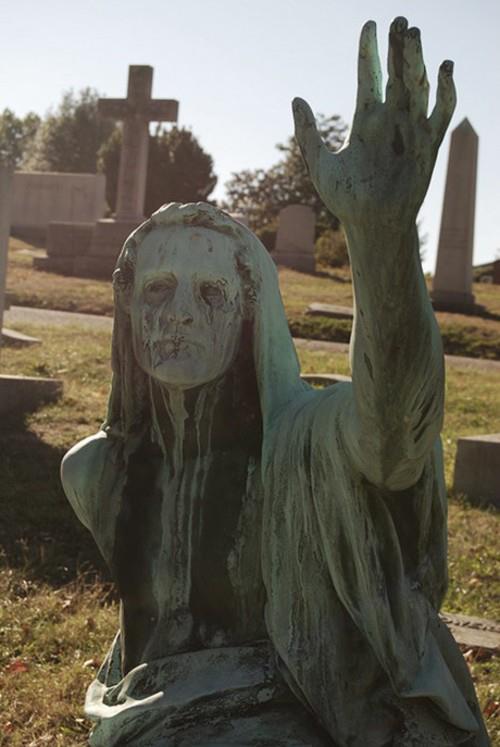 The big problem with living in a collapsing civilization is that by defending parts of that dying empire, you further its survival instead of allowing it to pass peacefully along and be restarted. This has been the flaw of conservatism all along.

For example, if your government has become corrupt, defending it in wars and paying taxes merely helps it achieve its evil aims. The more you try to fix it without scrapping it, the more it gains power to do more bad.

It becomes tempting to defend other things that, in a functional civilization, would be good. By doing that, you end up protecting parts of the decline simply because they are better than other parts.

In addition, people find inverse scapegoats, or “proxies,” that they cling to. These seem like good things, but by distracting from what actually must be done and absorbing the resources that need to go toward that, they become methods of self-defeat.

To clarify: it is not that these things are bad per se, but they are not the solution we need, and therefore are both a distraction and a fatal mistake.

For example, Fred Reed writes about the place of Christianity in the West:

Renegade Jews founded Christianity (most Jews soon wished they had not), as a sort of heresy that got out of control, lost all resemblance to Judaism, and eventually stretched across Europe, Russia, North and South America, Australia, and the Byzantine Empire. In all of these it shaped the culture, art, philosophy, literature, the very framework of mind. Much of this was superb and remains unsurpassed.

And what a magnificent thing it was! The traveler of today may have seen the gorgeous churches of Cuzco in the Peruvian Andes, Norman churches in Sicily, and Notre Dame, Salisbury, the wonderful cathedral of Barcelona, the Hagia Sophia, the ceremony of the Russian Orthodox. The artistry, the engineering needed to build many of them in times without structural steel are astonishing. Today in Mexico, in town after town one finds the churches on the central plaza, all different, many splendid, places of quiet and meditation. In any of these them, before Protestantism cast its drab cloak of half of the faith, a traveler could enter and understand everything he saw.

This is a typical conservative attitude — remember, they are the people of “patriotism, religion and working hard” (PRWH) — that ignores the fact that Western civilization was constructing great architecture and developing great art and philosophy for many years before Christ. Even if we ignore the Greeks and pre-Christian Romans, there are the Indo-Europeans who wandered through Asia and left behind many great civilizations, all of which display the things he writes about above, although most are lost to time.

Please do not mistake this for an anti-Christian rant. I love old churches, many of the Christian rituals, and the Christian sexual morality which was probably appropriated from the pagans but which modern-day pagans have not retained. Chastity and virginity are forces upon which one can build a great civilization by creating honest people and loving families. All those who want to destroy civilizations — I am thinking of Leftists here, and big business — oppose this type of self-discipline and honor.

As a traditionalist of the perennialist school, I view religion as literature. We live in one world, and reality has one truth, but it is described in many forms, most metaphorical because the metaphysical and eternal does not translate well into specific language. There are insights to be found in all of the great faiths.

However, Christianity has two big stumbling blocks. The first is that by being a religion of the Word, it makes itself accessible and exploitable in a way that esoteric faiths do not. The second is that, no matter how much of it was borrowed from European sources, Christianity ultimately has a foreign origin. This is not an anti-Semitic charge; it does not matter which foreign group did it, and we can even like and respect them as I do, but they remain foreign and so does Christianity despite centuries of Europeanization.

Instead this essay encourages those on the Right (realists who see a need for a qualitative approach to existence) to look at the Europeanization, and not Christianity. Everywhere our people have gone, we have made things that are both great and specific to us, capable of appreciation but not duplication elsewhere in the world, because they are an outpouring of our souls and genetics, two things that are linked because — like it or not — genetics determines much if not all of how we see the world.

Reed goes on to typical conservative “woe is all” thinking:

The future? Christianity seems to be dying out. A resurgence is hard to imagine. It simply isnâ€™t suited to the modern world. The Old Testament in particular is ugly and immoral and its magical events I suspect are too much for the modern mind.

You might call this a victory for paganism. The pagans, believers in mystical events and an underlying order to all existence, have the same contemplative outlook that Schopenhauer praised in Christianity. This fits with how I define Western people, which is that we are reflective or prone to analysis not just of material but of meaning and pattern to existence.

Keep in mind that I write this as someone who finds great inspiration in many Christian writers and thinkers. In my view, they are speaking a different dialect of the same language we see in Greco-Roman, Nordic and Hindu paganism. However, paganism unlike Christianity is monistic, informal and idealistic or based in the idea of the world being composed of something that acts like thought or idea.

By targeting proxies instead of our actual goal, conservatives doom us to repetition. Christianity rode along with the West for some time, but its focus on personal morality caused people to turn their gaze from the future of civilization, and instead to focus on being moral for the sake of appearances. We cannot fix that; we need a more warlike, comprehensive, forward-looking faith.

Like the other parts of PRWH, religion is a proxy. We cannot save the West through religion. We need to simply restore Western Civilization, and while for now Christianity is a strong signal perceived to be Western-ness, focus on it obscures both our roots and the moral need to fix civilization at the same time we behave morally on a personal level.

Patriotism, the P of PRWH, also misleads us. It has us defending government and democracy with their inherent assumption of equality, which is contrary to the founding method of the West in hierarchy based on what is correct and good, not what avoids violating moral commandments. If you need a holy book to tell you not to murder, rape or steal, your civilization is already in freefall.

Working hard (WH) also misleads us by focusing on equality instead of results. Someone can utterly fail, but because he “worked hard,” he is praised. In addition, this retasks our brains away from the important question of what we should be doing toward the method of work itself, which quickly invents infinite avenues to distract us from reality.

What made the West great was its sense of social order plus our people. Our genetics are our roots. Our heritage is what makes us different from the rest of the world, and makes us alone capable of restoring the West. Any target other than saving our people, genetically, and restoring social order is a false target and thus, an enemy.