Race-Mixing Is Not The Future, Unless You Want To Be A Third-World Society 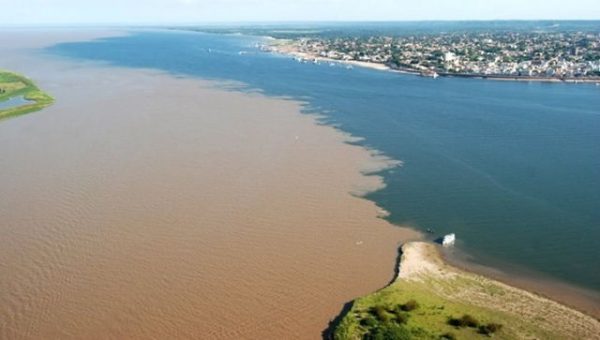 As with many Leftist attacks, this one begins with a social appeal, progresses to one fact, then draws overbroad conclusions from that and goes to a crazy place. The headline screams “The future is mixed-race” and it features a picture of a cute, mostly-white kid to make you think everything will be ducky.

But when we look further, we see the usual logical sleight-of-hand and circular reasoning that seems to define Leftist propaganda:

Recent insights from the sequencing of hundreds of thousands of human genomes in the past decade have revealed that our speciesâ€™ history has been punctuated by many episodes of migration and genetic exchange. The mixing of human groups is nothing new.

What is new is the rate of mixing currently underway. Globalisation means that our species is more mobile than ever before. International migration has reached record highs, as has the number of interracial marriages, leading to a surge of multiracial people such as Shewmake.

It is so subtle you might miss it: in the past, groups which no longer exist today merged to form highly distinctive groups. This happened because they were close to each other and were in the process of improving themselves to the point where ethnic groups are today. In other words, this was evolution.

But now, instead of merging groups in a beneficial way, we are merely mixing randomly, and erasing groups in the process, replacing them with… what?

Let us assume that race-mixing happens all the time and has throughout history, and then look at it as a method of evolution, and compare different results from different areas.

For example, we can look at the Romans, who were a hybrid of Etruscans and ancient Greeks (in theory). Did it work for them? They had a great empire, for a time, and then it fell apart. Were these two groups closely related, or not? History suggests that since there were blonde and red-haired Romans, the Romans were much like modern Western Europeans, which suggests that these groups were more similar than disparate.

But then, we have plenty of other examples of race-mixing. For example, Pakistan is what happens when Muslim invaders mix with local Hindu populations. Vietnam is a merging of Asian groups, Brazil is an ethnic free-for-all, Iraq is a mixture of Persian and Arab, and Eastern Europe shows a mixing of Europeans with Asiatics. How has mixing worked out for those places?

Then we might look at Israel, a group with ancient origins that has steadily increased the amount of European in the mix over the years. Obviously this group was doing well in the past, and is doing even better now. Can we attribute that improvement to miscegenation? Probably not entirely. But the point is that sometimes, blending in other advanced tribes can help a small tribe.

But as far as bigger groups, when they blend, the result is going to be more like Iraq or Pakistan: the attributes of the larger group, formed through aeons of evolution, are adulterated by something different — it does not have to be “bad” or “good,” “superior” or “inferior,” merely different — which removes all of that refinement. A specific thing becomes a generic one.

This is why Vietnamese, Filipinos, Mexican indios, Pakistanis, Brazilians, Southern Italians and Thai people look very similar: they are roughly the same racial recipe, with similar amounts of Semite, Caucasian, and Asian leading to similar appearances. They might have something else in common: none of these societies are particularly functional.

So when you hear the argument that race mixing is inevitable and it is good, reflect on this. No method is universally good, and “good” depends on who is doing it and how, because that is what regulates results. Results are more important than categories like good and bad based on social feelings. And if you look at results, it becomes clear that race-mixing is neither all bad, nor particularly good.

In most situations, race-mixing leads to the death of civilization. The once-distinctive group loses its unique traits, becomes generic, and then creates yet another generic human civilization, which is basically subsistence existence with disorganized social order in the Thirdworld™ style. That is the future of random race-mixing.

Contrary to what the article says, race-mixing is not inevitable because the choice remains up to the individuals involved. Some people will race-mix; some always have. But those who want a non-thirdworld future for their descendants are probably against it. And so instead of our inevitable future, race-mixing looks more like a way of purging some people from among us, as a prelude to sending them away…

You Cannot Beat The Left By Using Leftist Language | Equality: A Consequence Of Diversity?