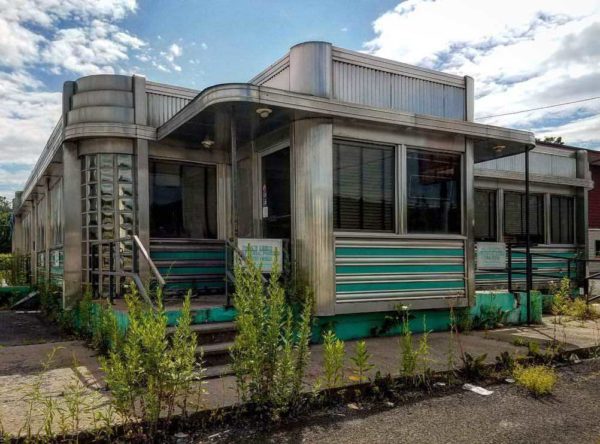 Something big happened in the early 1990s: the momentum of the human herd toward “me first” individualism slid neatly into the void created by the utter failure of Soviet Communism. Hybridized with capitalism into “consumerism,” or a welfare state where people spend all their money on trinkets, this new system quickly took over the world through its “globalism,” or one world market.

This immediately prompted a backlash. Some thinkers, notably Samuel Huntington, noted that this new form of the French Revolution ideal was going to conquer everything and, in doing so, usher in a new age where people fled its ideological precepts in favor of innate, organic, and naturalistic alternatives.

Even our simplest humans know that ideology consists of wishful thinking, or how we want to see ourselves instead of how we are, and leads to denial of reality, after which point we fail. Ideology is thoroughly artificial in that it is not derived from the world, but human individualism and its transmission through social groups. People have good reason to distrust it.

Twenty plus years later, The Age of Ideology (T.A.O.I.) is ending because people are seeing that the quest for Utopia is a phantom chase that always leads to destruction. In contrast, timeless principles of humanity — “tradition”: hierarchy, culture, heritage, faith — seem to create a boring but stable existence in which our talents and dedication are actually rewarded when we do constructive things.

We are seeing that things are connected, and the world of big glass skyscrapers and cubicle jobs is an inevitable result of our demand for more representation, equality, and benefits. The more we attempt to “fix” nature, the more we make a uniquely human Hell. Worst of all, in this Hell, most of the occupants are oblivious to the horror in which they live.

Let us look at the past 200 years. World wars, world pollution, ecocide; sexual liberation, sexual alienation, atomization; commercialization, consumerism, emptiness; divorce, selfishness, isolation; commuting, make-work, being born in debt; propaganda, nuclear terror, instability; these are characteristics we can group around the idea of the individual first before social or natural order, resulting in a society with as many directions as individuals, causing breakdown and failure.

This means that there is a correction coming. This differs from the “the right side of history” riff that Leftists love because it does not imply a single direction to history, only that when something goes really wrong, people tend to flee from whatever is perceived as the cause. The West has drifted hard to the Left for the past century, and that is where the blame is crashing down.

All of these ended in horrible disasters. America feels fundamentally changed. Real wages have been stagnant since 1965. Obamacare bankrupted the middle class. Diversity created a permanent state of unrest. The sexual revolution destroyed the family, and class equality has converted us into a consumerist economy, where government taxes to pay benefits and the recipients of those benefits then buy trinkets from big FAANG style monopolists, which drives demand for American currency to invest, which allows us to buy cheap stuff from third world manufacturers and then resell it to ourselves, pocketing the difference after the massive taxes.

But, none of this clashed with the ideology of the Left, namely “equality.” Each of these programs helped eliminate differences between people, if only to make all of them living on credit cards, in dingy city apartments, single, neurotic, television-addicted, and shopping all day on Amazon at their make-work cubicle jobs. Misery loves company and hates contrary examples, which it sees as competition.

This fact resonated with people. If the Left was happy with what was obviously a broken social order and a civilization dying like Rome 2.0, then something was wrong with the Left… something at a more basic level than a difference of opinions. It became clear that those who endorsed this failing state of civilization, simply so that they could pursue a Utopian ideology, were either crazy or reality-blind and, either way, they could not be compromised with. They needed to be deposed and possibly exiled.

For The Age of Ideology, this meant a death knell. The connection between ideology, dystopia, and pathological behavior radiated brightly across the land. Even those who had formerly been conservative found themselves seeing too much of the mental infection and maddening intellectual parasite that is equality in the conservative party, and demanding something new and more powerful. Even libertarianism lost its luster.

The new thing that would replace ideology came about through a reversion not to an older state, but to a timeless wisdom, which is that our decisions should be reality-based and not conjectural. This means looking at what happened in the past to find which of those decisions produced the results we want, and then replicating those. That basic approach clashes fundamentally with ideology, which wants to socially engineer equality and has no other concerns, including end results.

As with most historical changes, the transition from The Age of Ideology takes time for people to understand and react to. Most want to carry on as before, and they become nervous and panicked when confronted with evidence of this massive sea change in attitudes. In the past age, you succeeded by parroting the ideology and inserting yourself in the social group of people who believed in it. In the dawning age, people parroting this antiquated idea are seen as backward, ignorant, deluded, selfish, possibly very stupid, and dangerously unstable.

The newspapers wail about “polarization” and how it endangers the spirit of “bipartisanship” and compromise, but really what has occurred is that half of society has seen through the other half, and now knows their true motivations. Whatever they promise is merely pretext, because their goal is equality at all costs, an entirely conjectural notion which is now disproven by history.

Polarization originates in this distrust of the other side. Realists, of which conservatives are one type, do not trust people who are anti-realist and simultaneously are motivated by a desire to achieve what is essentially a symbolic notion which has, as one might expect, difficulty translating to reality. We do not want to go out like the Soviets, Rome, or Athens. The Left insists we must.

The separation of these two groups has occurred under cover of darkness so far simply because the realists recognize that the ideologues are dangerous and refuse to admit to being realists. Instead, they are pulling away. Politically, they are attempting to disrupt and replace the current system. Socially, they are excluding the other from their environment. Economically, they are doing their best to avoid paying taxes, own businesses, and build homesteads instead of living in city suburbs and working wages. The realists are dropping out of a dying society and constructing the basics of another around it and within it.

In the meantime, the Left has realized to some degree that their condition is precarious. They sense that the sheep ate the magic mushrooms down by the river, had a mind-expanding experience, and have no intention of heading back into the paddock tonight. Mentally, culturally, emotionally, and intellectually, the realists have left the building.

To compensate, Leftists embark on a series of bullying crusades. They cow us all into Pavlovian response to dubious — the more dubious, the better, as it displays our obedience more and thinking less — accusations of sexual assault. They put transgender kids in every preschool. They pass more and more insane laws, demand more immigrants, and attempt to raise taxes at every turn. Their goal is to close the deal and subjugate the traditional populations of America and Europe before those sheep figure out that the pasture gate does not really lock after all.

What they forget, in their hurry to emotionally subjugate us with peer pressure, is that they have been replaced. They chose the wrong path, bet on the losing horse, and had their coin flip come up tails. They are, in fact, obsolete. Ideology has failed, just like Communism and National Socialism before it, and those who wanted to further chase the path of ideology have made themselves no longer relevant.

They depend on a civilization in order to exist. They take their wealth from it, whether with make-work jobs such as those of parasitic attorneys, positions in power like those of bureaucrats, or merely taking on another cubicle role and benefiting from a society which allows them to live in relative ease which their own disorganized minds could not independently provide.

To them, they face the prospect of a great loss: that as the Realists pull away, the Ideologues will be left alone in a society without the capabilities that only realists can provide. Like vines choking a tree to death, the people driven by ideology depend on their victim and thrive for many years from it, then suddenly die out when they get too powerful and strangle their prey.

The breakaway society finds its basis in tradition, or the things that have both worked and worked best of all options in the past. This quickly brings us back to a common sense type of social order, where hierarchy and order deny the virus of egalitarianism and produce a stable society in which exceptional individuals rise and parasites fall.

That society will have a few choice words for the parasites: Not For You.

The parasites, clustered in their dingy third-world-style cities of cinderblock construction and constant violence, will cast a roving eye to the prosperous suburbs where people of a uniform ethnic background enjoy the high-trust society that comes with that homogeneity. They will think, maybe they can make a home for themselves there…

But at the gateway, there will be a stern officer or citizen volunteer, rifle held loosely on his shoulder, holding out a hand in warning: not for you.

Perhaps as their economies crash and their democratic leaders are replaced with tyrants, they will think about a land across the river which is dedicated not to freedom but to doing right, and allows any actions roughly in that direction to be undertaken. The parasites will think, maybe they can adjust “right” to include all the things they like to do.

A shout will rise from the elders of that land: not for you.

During the dark days of the winter, the city-dwellers may look over and see little blond girls and boys reading by firelight and think, if only they can lure them out… give them drugs… enjoy their bodies or company, or both, then maybe the cold winter will be brighter. But then a light flips on, and a noose descends from a tree, and they realize: not for you.

Life is not so much a question of “taking responsibility” like blockhead conservative blowhards say, but of taking ownership. What you become master of, you nurture and care for. Property is the only way that people become bonded to things enough to really take care of them in perpetuity. We own our civilizations, souls, land, cultures, faiths, and values.

The ideologues base their society on the opposite principle, which is that nothing is owned and everything is exploited by the lowest common denominator. That is incompatible with the society of the future. And in those times, whenever a parasite invents a demand or begs for asylum, the call will ring out loud and clear: not for you. Never for you. For us, because you are irrelevant and destructive.

Tags: go back home, not for you, polarization

You Should Know What “White” Is | (((Trump))), Jerusalem And The Missing Intifada