How Trump Will Crush His Opposition, And The Democrats, Too 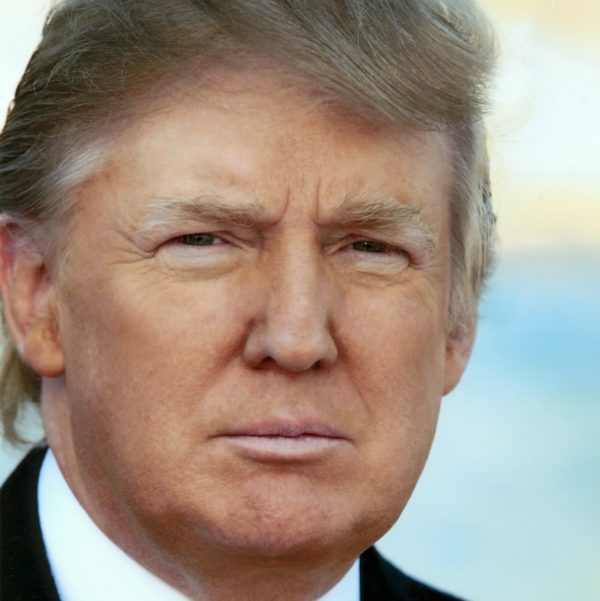 Right now, the news is hive mind buzzing about the failure to repeal and replace Obamacare. This is as much nonsense as their narrative about how Russia somehow subverted the American election even more than the voters did.

Trump is operating according to a simple stratagem: give them rope to hang themselves. The reason that he is doing this is that his actual opposition is the Republican party, not the Democrats. The Democrats have roped themselves to an anvil, namely their support of the type of government that has made America miserable, and they have nowhere left to maneuver.

Let us revisit the wreckage left behind by globalism over the past two decades:

Since 1999, suicide rates have risen in every age group except the elderly, according to the National Center for Health Statistics. Among women 45 to 64 it jumped an astounding 63 percent. For men that age, it was up 43 percent.

In their report on rising death rates among middle-aged white Americans, Princeton economists Anne Case and Angus Deaton referred to “deaths of despair” — early deaths caused by drugs and alcohol, as well as by suicide. They cited deteriorating job prospects and a decline in stable relationships as possible factors.

People see no future. This is not just economic, but the fact that their country has been ceded to invaders, has no working plans, is so deeply in debt that it is farcical, and has collapsed inward in every area of normal life. People are alienated from their communities, distrust each other because diversity destroys social trust, no longer trust police and officials not to be corrupt, believe the country is on a direction to destruction, and realize that globalism and immigration mean that their society has decided to replace them. No wonder they are drinking themselves to death.

The Left is hopelessly yoked to this policy because they are the party of civil rights, and civil rights has been interpreted to mean unlimited third world immigration, which is a major factor in the failure of America. In addition, Democrats are longstanding supporters of the United Nations, climate change laws, and other attempts to subvert American sovereignty which are seen (rightly) as part of globalism.

All Trump has to do about the Democrats is what he is doing about media: goad them into self-destructing.

With the Republicans, he has his real opposition. Their game plan is to thwart him, then blame him for failure. They misread him as a blowhard. Instead, he came out by doing exactly what they told him he should do, shocking his constituents. But then, it became clear — to everyone but the Republicans — what he was doing: he was letting the Republicans kill their own ideas.

Obamacare will fail. Its death spiral has been evident since its construction, which Democrats designed so that they could argue that single-payer healthcare, like the failing UK NHS which is propped up entirely by cheap third world hospital staffs, would be cheaper. What comedy! What insanity! And yet, Trump is content to let it fail.

He stands to gain greatly from Obamacare’s imminent implosion. First, he is insulated; he proposed a replacement, and his own party beat him back. Now, trying to fix it is a budget fight, and he has the figures on his side there, with a debtor nation $20 trillion in debt wanting to take on more cost. Next, his voters will be supportive of him because of the failure of the plan he tried to repeal. The rage is going to be directed at Republicans, who apparently have not seen how the Left and Trump have both played them.

Even more importantly, this sets the stage for the rest of his first term: the midterms are coming up, and those who let Obamacare fail are going to find themselves in trouble. The voters will be ready for a Trump-oriented candidate to replace their incumbent Republicans. This means that Trump may find himself with two years of either friendly faces in both houses, or a group of Republicans too scared to oppose him. The word out on him now is that those who defy him get destroyed.

Next, we should look at what he has done instead of waste too many hours coming up with a perfect health care plan. He has been steadily undoing the damage in the layers of bureaucracy far below the presidency, mainly by delegated people to clean up those agencies by forcing them to perform. He is squeezing out the government lifers who will always act for the Left because that pays them salary increases.

In addition, he is going abroad and rallying people around a generic Left-Right hybrid — in the JFK, Reagan and Clinton styles — that will fix the economy. An army marches on its stomach, and citizens vote on theirs. This gains him a powerful mandate in the next election but more importantly, a rising wave of libertarian-Right political action across the US, EU and possibly Asia.

This means that even after his two terms, he can influence politics worldwide through ideas, which puts him in an even more powerful position. In addition, he knows that those who go libertarian quickly realize that the Left will always hold them back because the Left is addicted to enforcing equality through government-mandated class warfare and wealth transfer. That means the next generation will find itself solidly anti-Leftist, and at that point, a right-wing wave of the Reagan style can begin.

The story is the same with Medicare. An eloquent conservative actor named Ronald Reagan warned in 1961 that if the plan passed, “behind it will come other federal programs that will invade every area of freedom as we have known it in this country.”

Reagan saw only darkness ahead if Americans did not rise up against this scheme. “One of these days, you and I are going to spend our sunset years telling our children, and our children’s children, what it once was like in America when men were free.”

The Gipper also offered this: “It’s very easy to disguise a medical program as a humanitarian project. Most people are a little reluctant to oppose anything that suggests medical care for people who possibly can’t afford it.”

Entitlements in general suffer from this problem: most people are reluctant to oppose any program that seems to give money to those who cannot otherwise afford it. However, now we have proof-of-concept for the Reagan notion that any entitlements would lead to an overly powerful government which would swing steadily Leftward.

Trump knows that the economy is going to crash as it always does after a prole holiday binge of demand-side currency and government spending, funding the circular Ponzi scheme of consumerism. He wants the Republicans to inherit this as well as the Democrats so that he can say, “Well, nothing else we have on the table is working, so why don’t we try it My Way?”

If the Republicans had any brains, they would be quaking in fear of this moment. Already there are signs that they are getting it as a civil war breaks out among GOP ranks, but they have not yet seen exactly how bad it is going to get. Trump campaigned on the idea that both parties were unified by being vested in the Establishment, and that this makes them corrupt. They are about to prove it to American voters, at the same time Team Trump will have cleaned out their zampolit infrastructure and prepared new plans that involve dropping the entitlements as much as possible.

Be not fooled by the noises that occur until then. Trump may support a Bismarck-style national fund that purchases health insurance in bulk and re-sells it to citizens, and that is not a terrible thing. He is too savvy not to know that the real driver of cost is all the compliance paperwork, illegal alien abuse of our healthcare system, and massive number of professionally sick people on disability eating up costs. He also knows that Baby Boomer end of life will be catastrophically expensive, and that no solution for that exists except to get out of the market.

He also knows that if the entitlements and social welfare programs go away, so will the massive immigration that up until now has taken Americans out of the economy. His crackdown is already paying dividends:

Foreign workers have become even more crucial as labor markets have tightened amid near record low unemployment in many states. Unemployment is a mere 2.3% in Colorado, 2.7% in Hawaii and 3.2% in Maine. According to the Bureau of Labor Statistics, there were 755,000 job openings in food services and accommodations in May, up 12% from a year ago.

Trump is using basic economics here: by lowering the supply of labor, he is both making salaries more expensive and thus, by forcing employers to think harder about who they hire, putting pressure on society-wrecking programs like affirmative action. His end goal is to smash the methods by which Leftists gain power, namely by offering cheap money and cheap loans instead of productivity.

His vision, which he will pitch to Americans thirsty for it, is equal parts economic revitalization and rebirth of pride in the nation. Here he is more like Stalin or Roosevelt, in that he will make Americans feel good about themselves again, but on the basis of productivity not “compassionate” thinly-disguised socialist programs.

His opponents, bumbling their way through an irrational desire to hold on to “business as usual,” are about to hand him the mandate he needs to shove this one home. Well played, Mr. Trump.