You Should Know What “White” Is 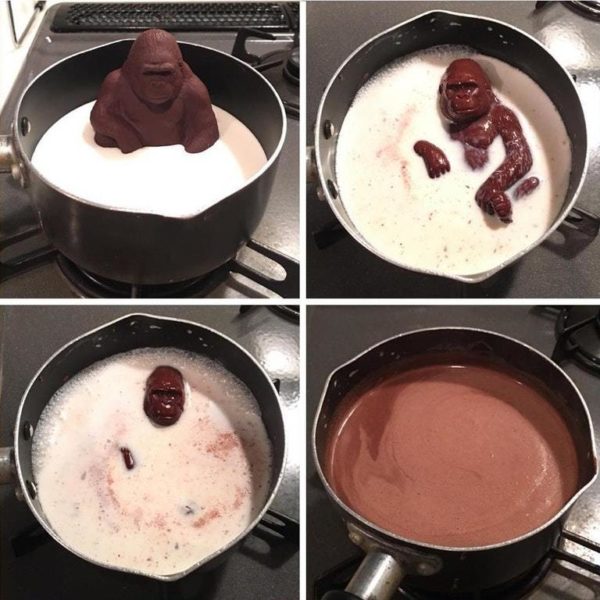 This is a response to Brett’s piece entitled, “Bugman Meme Attacks Consequences of Trace Admixture and Miscegenation” in which he wrote:

Trace admixture gradually reduces people from distinctive, “old school” looking Western Europeans to moon-faced people of generic white ancestry and no class distinction, creating a white drone/prole/pleb race which has none of the greatness of the original. This is most distinctive in Americans, where some are mixes of Southern, Eastern, and Western European, resulting in what is technically white but without any particular cultural connection or depth of understanding.

There is truth to what he says, but I disagree with the article on one count. Europeans are of a common descent anyway. Modern Englishmen are a combination of Celtic Briton, Scandinavian, Anglo-Saxon and Norman. Czechs often display Germanic influences as do some Poles, and even Hungarians now have more in common with Germanics than with the Asiatic tribesmen who sacked Rome.

This discussion is divisive and I would like to address it.

I’ve recently seen a lot of sperging from the left in relation to the idea of whiteness. I’ve even seen some of this ’tism from the real right on Discord servers about who gets to live in our hypothetical ethnostate.

I expect this from the left. They hate white people because they know whites don’t support them and their policies. That’s why they bring in non-whites to America and Europe. It’s the only way they can really implement their policies. In the United States, Democrats haven’t won the white male vote since Lyndon B. Johnson, in 1964.

As whites began to push back, and not only change the culture and shift the Overton Window, albeit slightly, the pop culture left began pushing an explicitly anti-white narrative.

[Mosley] challenged our collective societal construction of race, specifically our acceptance and use of “white” to identify a culturally diverse group of people.

“I’ve been giving this talk a lot lately that the big issue about race in America is that there really is no such thing as white people,” Mosley said. “And, you know, in order to end race in America, all we have to do is recognize that the notion a white person doesn’t really exist on any term and in any way.”

No word as to whether he has ever had a “my fellow white people” moment. But Mosley isn’t the only one pretending white people don’t exist. In 2010 (((Jeffrey Kluger)) of Time wrote the article “Who’s White, Who’s Black, Who Knows?” The essence of the article is based on the notion of an authoritative “study” by Harvard professors into racial discrimination and (((Kluger))) extrapolates that to mean it’s impossible to have any racial identity in a multi-cultural and multi-racial country.

The left might want to muddy the waters when talking about whites as it minimizes racial identity, and thus maximizes other potential identities such as consumer identity. In a multi-racial society one is not defined by their history or heritage, but by the shit you buy. But when it comes time to scapegoat someone for the failures of a particular group, rarely will one turn to empirical data such as IQ tests, or genetic analysis of violence and addiction. Rather, it becomes time to just make shit-tier videos asking white people stupid rhetorical questions designed to make high empathy whites feel guilty for the poor condition of minorities. This sets refuels the white guilt pushed on white kids in school and through entertainment. Buzzfeed is probably the worst about this. They use gossipy Daily Mail entertainment to bring in SPWLs and then bait-and-switch them into watching some outrage porn such as:

19 School Powerpoint Presentations that Give Zero Fucks which is an article about how mostly white people are a plague to the planet, are crazy, dangerous, oh and a (brief) list of the crimes of Europe. This was an article written by two non-whites living in London. Because whites are so bad everyone wants to live with us and we have no say in the matter or we’re rayciss.

And of course there was the obligatory bitching about whites appropriating black culture, yet no mention of non-whites appropriating white things like: Christmas, Halloween, European style clothing, shoes, glasses, oh and the English fucking language they are all speaking. If they’re really concerned about cultural appropriation why not bitch about it in clicks and fart noises?

And then there was this little gem, “why does talking about race make you so uncomfortable?” asks one black, to be followed up by another with “is it because you’re afraid you’ll be perceived as racist?” Well, whites have been talking about race for years. The Bell Curve was published in 1995. Yes let’s talk about race. Wait, you don’t want to. You just want to call white people who talk about race or human biodiversity rayciss. 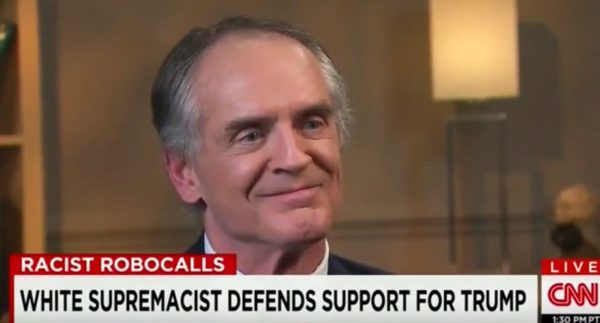 Figure 1: Whites Can Only Talk About Race When Saying How Horrible We Are — Or You’ll End Up On An SPLC Hatelist

Despite the cognitive dissonance necessary to both believe white people donâ€™t exist, but white privilege does, and that we ruin things we made that you like enough to want credit for, there is a little bit of honesty here. It involves the differences between race and ethnicity.

I’m a big believer in etymology as a tool to gain insight into meanings of words. Let’s look at race and ethnicity.

“People of common descent,” a word from the 16th century, from Middle French race, earlier razza“race, breed, lineage, family” (16c.), possibly from Italian razza, of unknown origin (cognate with Spanish and Portuguese raza). Etymologists say no connection with Latin radix “root,” though they admit this might have influenced the “tribe, nation” sense.

At least now I know where Radix Journal comes from.

Late 15c. (earlier ethnical, early 15c.) “pagan, heathen,” from Late Latin ethnicus, from GreekÂ ethnikos” of or for a nation, national,” by some writers (Polybius, etc.) “adopted to the genius or customs of a people, peculiar to a people,” and among the grammarians “suited to the manners or language of foreigners,” from ethnos “band of people living together, nation, people, tribe, caste,” also used of swarms or flocks of animals, properly “people of one’s own kind,” from PIE *swedh-no-, suffixed form of root *s(w)e-, third person pronoun and reflexive, also forming words referring to the social group

Pagan? Was Varg right? Okay, I’m Asatru now. Anyway. Look at the link, it also indicates that “ethnic” implies a gentile or a goy.

In Septuagint, Greek ta ethne translates Hebrew goyim, plural of goy “nation,” especially of non-Israelites, hence especially “gentile nation, foreign nation not worshipping the true God” (see goy), and ethnikos is used by ecclesiastical writers in a sense of “savoring of the nature of pagans, alien to the worship of the true God,” and as a noun “the pagan, the gentile.”

I cant help but wonder whether the reason so many Jews play the “fellow white people” card then tell us “whites don’t exist” is because on some level, they see our existence as fundamentally hostile to their own?

But back to the subject, race and ethnicity. Though both words share a similar meaning, “nation” or “a people” we have been led to believe there is no such thing as white. And unfortunately, many Europeans do believe this. Go to Europe, most will identify as Hungarian, Polish, Italian, Spanish, Russian or something regional. They have lost sight of the fact that at the end of the day, our ethnicity and race are intertwined. In the modern sense, we are entitled to ethnic identity, but we should not forget that we have a common racial and historical identity. We are the European people. And to be European is to be white, no matter what National Geographic says. 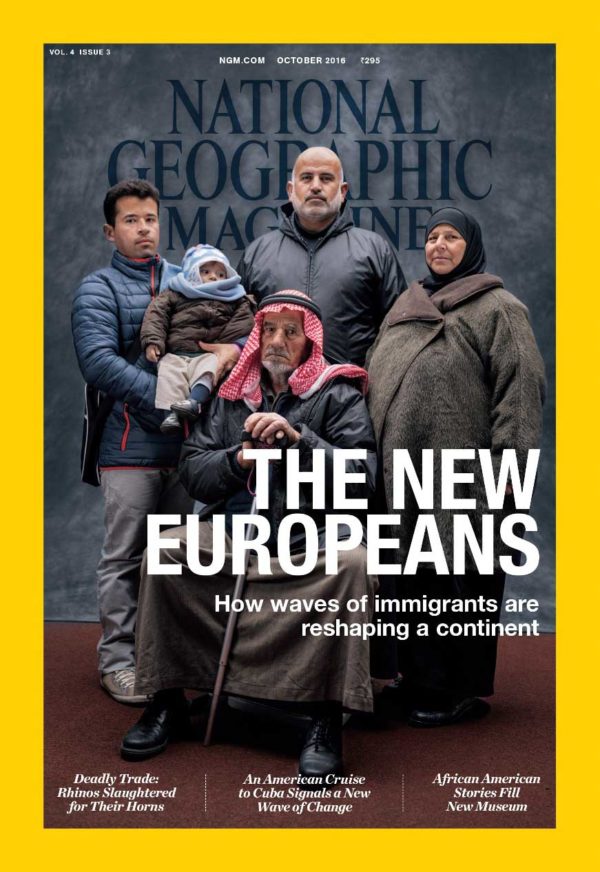 Figure 2: New Europeans? No You’re Not.

I’m sick of all the talk on the real Right about who is and isn’t allowed in the ethnostate as well. We have too many enemies to fight among ourselves. I’ve recently had to explain to people that Spanish, Portuguese, Italians and Slavs specifically Russians, are on Team White.™ To me, and I think to most people, you know what white is. You can see it when you look in the mirror. The one-drop rule was wrong.

I take a broad view of who is white. Brett doesn’t. It’s okay to disagree. I consider him a great friend and I want there to be as little division among whites as possible, especially in this dark hour. 2017 was a really black pill year. Let’s stop arguing about who is and isn’t white okay? You know it when you see it. 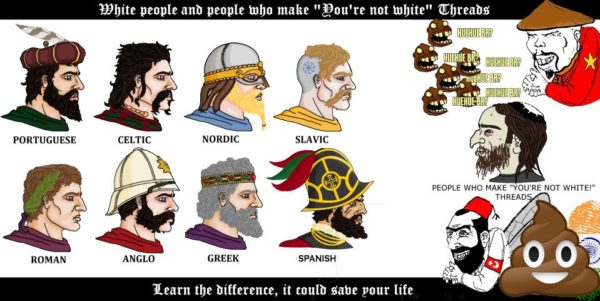 We may be different, but we are one. And I love that about Europeans. Let’s live that way.

Revitalize The West By Fighting Yourself | Not For You