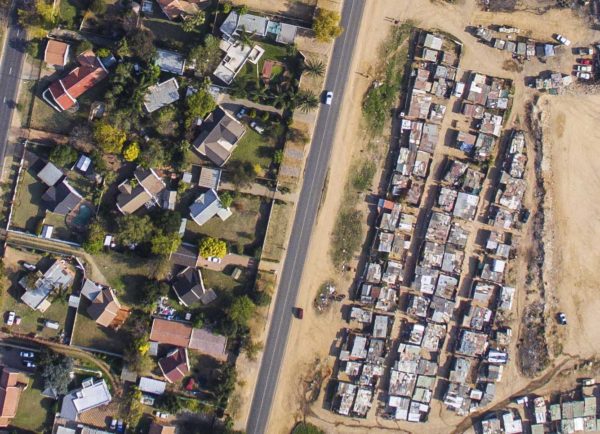 When a majority loses control of a city like this, a revenge pathology plays out. The new majority does not succeed as much as the old majority did, and so they fall into scapegoating the old majority for their problems, which conveniently justifies taxing the heck out of the remnants of that old majority.

Whether the mayor of that city is of the old majority or new majority matters little. The votes determine who wins, and so winners pander to the new majority, which wants government jobs with good benefits, welfare programs, diversity programs, and most of all, nothing to go to the old majority and its wealthy, ancient neighborhoods.

This pattern afflicted Detroit. After unions devastated Michigan, anyone with the ability to leave headed for the hills, looking for industries which were not ruined by worker greed. To keep the city thriving, government brought in new citizens, but those — whether legitimately or not — triggered white flight.

The city entered its death spiral. In order to keep the new majority happy, it raised taxes on the old majority, causing more of them to leave. This shorted revenues, and so the city raised taxes, eventually becoming a sea of hopeful faces looking for government help while the station wagons kept leaving for less unstable places.

Since that time, the city has endured minority rule. New majority voters — of whatever stripe — will never vote for what old majority people want, and instead, will always vote themselves more helpings of Other People’s Money (OPM), which old majority people will shrug off for a few years and then suddenly flee to the suburbs. Soon you have a third-world ruin of a destitute, bankrupt, and decaying city.

Detroiting happens without a single African-American being present. It even happens in Asian communities, as in Houston, and is common in Hispanic communities. Some say it happened in Orthodox Jewish communities in New York. What this tells us is that detroiting is not the province of any specific racial group, but of racial difference. When a new majority rises, it draws everything it can from the old majority, so that it can get ahead on the wealth of the past, just like rich kids with inheritances.

It turns out that human behavior is fairly predictable after all.

When detroiting hits, most old majority people simply leave. To them, it is a business question: no matter how long their family has lived there, the civilization around them has failed on a local level, so they need to get on to another locality. They abandon the family home for pennies on the dollar, say goodbye to parks and churches, and flee to someplace else.

In the Boomer generation, people would often do this several times in the course of a career because there were many reasons why an old place had to be bailed out of. The big employer in town closed down, the military base moved, the freeway shifted, or a bunch of foreign ethnics moved in. They just shrugged and figured another good place got ruined, and moved on.

What stopped this mentality in 2016 was recognition of what we might call The Meta-Ferguson Effect. If you recall, the Ferguson Effect referred to what happened after a police officer shot a misbehaving felonious minority youth and after several days of riots and the police officer being fired, other police officers simply stopped noticing minority crime. If an arrest could end in a shooting, shatter their careers, make their names known worldwide in a negative light, and starve their families, there was no point risking it; let them eat each other.

The Meta-Ferguson Effect, on the other hand, refers to how people who are not police officers view what happened in Ferguson. When the police backed down, it signaled to the rest of us that any group of non-majority people can detroit any community by showing up, discovering “racism,” and driving out the majority people who want things like police patrols. This caused them to stop and think: if we spent three times as much as we did on our wars on eliminating poverty, set up massive anti-discrimination legal regimes including affirmative action, contorted our media to show minority people as the majority, struggled to make every aspect of our society multicultural (“diverse”), and elected two presidents — Bill Clinton and Barack Obama — on the promise that they would end the racial conflict, what would it take to stop the minority-majority conflict? They quickly realized that the answer was that there is no end to the conflict; it is Detroits all the way down.

Barack Obama was the turning point. He was elected in a misguided attempt to seal over the wounds of racial disharmony. Instead of fixing a problem, and letting normal life continue as majority people hoped, the election of Obama emboldened the racial grievances. “We’ve got them on the run now!” might express the attitude of professional race commentators, “identity politics” SJWs/SWPLs, and the ad hoc minority groups that form after a police shooting to protest injustice, or to demand more welfare and more political power. Obama was elected to end the outrage of minorities after an event like Hurricane Katrina, but instead, brought us seemingly endless Fergusons, with the dead minority person and ensuing three days of violent riots, looting, and burning becoming a national trope.

Majority people looked into the future and saw endless dhimmitude, or the state of being a conquered people subject to paying “tribute” to their new overlords. When well-meaning idiots declare every person to be equal so that they can overthrow the social hierarchy of their own civilization, this invites in those who have fewer illusions but may be even more stupid, and they will use that equality to construe themselves as victims and therefore, the majority as an oppressor, gaining access to the wealth and power of the civilization. You would think humans would have noticed this pattern repeats time and again, but the European-descended mercantile and lower castes apparently either were oblivious or did not care.

Very few people can understand that the problem is with diversity itself. It does not matter what the other groups are; they will behave this way because it is in their advantage to do so, and they are already at a disadvantage by being aliens in a civilization. No matter how much they “assimilate,” and only real idiots believe in assimilation which requires people to entirely give up their identity to serve the identity of a different group, they will always know that their people did not create this civilization, that it was not designed for them, and that they exist in it only to perpetuate it for the benefit of those not like them. They can have no pride in being mere tools of an empire which was never intended for them, and which uses them as means to its own ends.

Instead, fools spent their time arguing over which ethnic groups are permissible. “Oh, no, I like this one,” they say, with all of the wit of someone choosing an ironic shirt to wear because it makes them stand out in a group. This is all that altruism is, one monkey showing another that it has a shiny object that they do not possess, and therefore, it is a superior form of monkey. You can tell immediately who the useful people in a group are, and who the useless are, because the useful are focused on tasks or ideas, where the useless are focused on themselves and comparing themselves to others, including the base behavior of trend-following. They just want to be in the spotlight. They compete for attention. And they fear, more than anything else, any event which might make them look incompetent and therefore lose social status, so they demand that all standards be lowered to the absolute minimum.

When any two or more ethnic groups meet, a competition emerges. One group will rule the rest, and whoever is in that group is safe from being ruled by the rest. If one group seems to be permanently in power, the others adapt, but resentment grows. Soon they counter-attack with thousands of tiny acts of sabotage. This causes the majority to retaliate, and then out come the accusations of “oppression” and “racism.” Diversity is a dead end.

In our society, when Western Europeans are on top, you get Western Civilization; when another group is on top, they build their ancestral civilization. Mexicans make tropical chaos, Asians make frenetic hives, Africans make equatorial combat zones. This is nothing more than each group producing culture from its genetics; we each make whatever type of society fits us. These societies fit no one else, but this is to the advantage of each group, as it keeps itself from being assimilated this way. Humans have been capable of mass migration for thousands of years, and so any group that did not firmly and strongly assert its identity was quickly replaced with an ethnic hybrid of itself, which is essentially an act of genocide.

It was obvious that Mike Brown was guilty, but no one from outside the majority cared. The same was true of Rodney King, O.J. Simpson, Trayvon Martin and Hurricane Carter. Just as in prison, your skin is your uniform. You either find your tribe and work toward their dominance or you will be dominated by others, and they will use you as a means to their own ends.