ESPN, USA Today and The Decline of Sport

by Jonathan Peter Wilkinson on October 8, 2018 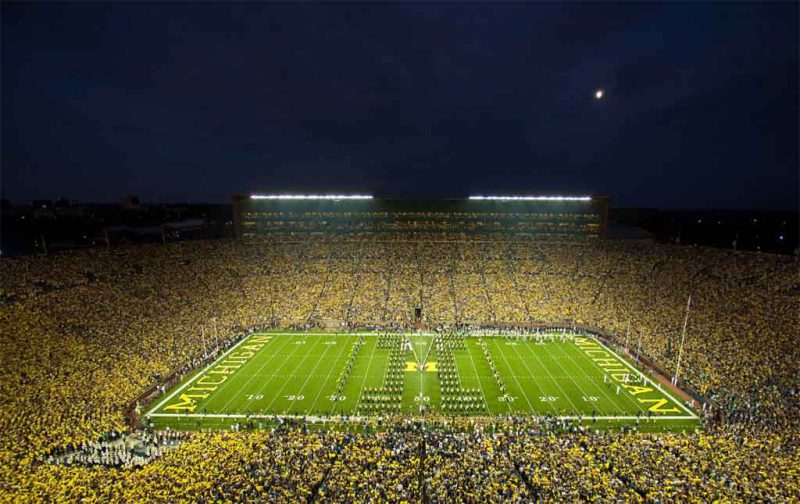 James Thurber isn’t typically bandied about as a visionary. He did, however, write a great short story entitled “The Decline of Sport.” It projects a future that many academic-minded individuals would have once described as halcyon.

From that day on, sport waned. Through long, noncompetitive Saturday afternoons, the stadia slumbered. Even the parkways fell into disuse as motorists rediscovered the charms of old, twisty roads that led through main streets and past barnyards, with their mild congestions and pleasant smells.

I describe Mr. Thurber’s work as prescient because the present trends are actually moving in the same direction as the ending of his story. There was no joy in Mudville this season, for when it comes to MLB attendance, the Mighty Case struck out.

Bloomberg News crunched some numbers to get a better understanding. While some clubs saw a jump in attendance, 17 of the 30 franchises sold fewer tickets than they did last year. Using average ticket prices from Team Marketing Report, that comes to about $93.7 million in lost ticket revenue in 2018.

There are lots of things that various smart guys will throw out there to explain the phenomenon. Would you go see a team that was deliberately tanking? Particularly if the opposition knew your team was tanking and therefore put Tom Brady or LeBron James on the bench to avoid risk of injury. Or what if a league decided to promote and protect its stars? So much so that the refs were sent a memo. Perhaps reading you are not allowed to tackle Dan Carter.

All of this does undermine the legitimacy of our various sportsball games. Yet it shouldn’t kill them off. Baseball survived the infamous Black Sox and The Steroid-Ball Era probably gave more to the vitamin and supplement industry than it took away from MLB. Part of what makes these sports great are the “unwritten rules” that form a gentleman’s code of conduct. As diversity adulterates our society and the games that it plays, we also run afoul of these traditions and make our competitions less than what they once were.

But all of that wouldn’t chase off life-long fans of these various sporting events. It takes an organized campaign of hatred and contempt. ESJWPN has been in the forefront of this malice. Tiger Woods spoke political incorrectness. He could no longer be considered anywhere near as Black as say, Colin Kaepernick.

This sort of garbage kills sporting events because it destroys their ultimate purpose. Sports-viewing is an act of escapism. You want out of the nasty, brutal real world. But no, we can’t watch or read about sports without being hectored by the USA Today sports section about the qualifications of a candidate for the US Supreme Court to coach his little girl’s basketball squad.

Sport also used to help unify us. I’m sure I’ve coached a few kids in Cal Ripken League Baseball whose parents would recoil in horror if they read through my timeline at this blog. It doesn’t stop me from wanting those kids to have a better boyhood and learn about the realities of competition and team loyalty that will forever be a part of their lives.

We give of ourselves on behalf of young boys and endeavor to unify our diverse and self-hating culture by teaching young people how to compete without skullduggery and hatred. We get the media telling us that people of certain political views or who have been scurrilously accused of certain activities four decades ago are no longer safe to have around a squad full of girls that probably haven’t even finished growing functional breasts or pubic hair.

This is how the Left destroys all of goodness in life. With unrestrained Leftism, you cannot have nice things. Add sports to the list of what we are losing.

Necessity Of A Wild West: An Anti-Formalist Manifesto | If We Fail, We Follow Leonard Peltier To His Fate