A Cancer Cell Just Has To Cancer 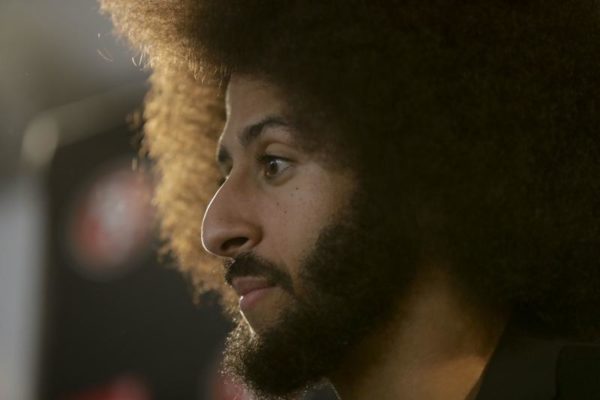 If Colin Kaepernick really still wanted a job as an NFL Quarterback, I’d never be able to even milk a sportsball post out of this. He’d bank his half-a-mil, keep the clipboard warm and dry and decide for himself whether he showered before or after the game. He’d have a really nice sportsball jersey to wear out to the club. But Kaepernick can’t just shut up and get himself paid.

Once somebody decides they are too personally important to abide by culture or convention, they can’t help but being destructive. A termite has to eat the foundation, a cancer cell has just gotta cancer. Kaepernick is just that guy. He is engineered to sabotage any system he is forced to be a part of. He thinks fate can fvck off and kismet can kiss his uniquely precious ass.

Former Baltimore Ravens stalwart defender Ray Lewis, had his own set of issues with the Po-Lease. So much so that he felt sorry for Colin and wanted to get him back in the league with his old club and make things work out happily ever after. But Team Kaepernick, the only squad Colin ever really seriously wanted to quarterback, had other ideas. Ray Lewis explains his utter frustration with trying to fix the stupid maliciousness that is Kaepernick.

Ray Lewis: “When me and Steve Bisciotti were talking, this is what we were talking about, Judy. We were talking about giving this kid an opportunity to get back in the National Football League. Look, this is what I wanted to share with people. I have been fighting for this kid behind the table like nobody has … I’ve never been against Colin Kaepernick. But I am against the way he’s done it. Then, his girl [Colin Kaepernick’s girlfriend] goes out and put out this racist gesture and doesn’t know we are in the back office about to try to get this guy signed. Steve Bisciotti has said it himself, ‘How can you crucify Ray Lewis when Ray Lewis is the one calling for Colin Kaepernick?'” …

And the self-sabotage continues. Kaepernick could be in Wisconsin angling to start for one of the oldest and most storied franchises in professional football, The Green Bay Packers. Kaepernick has filed a grievance against every team in the league for colluding against him to keep his magnificent talent off the field. It’s time to gently explain to QBSJW how that Che Guvera T-Shirt he wears around exemplifies capitalism. You see, Che’s jersey still sells, while Colin’s gets burned in the grill for YouTube hits. You see, Che cultists, Jim Morrison and other commercially successful Lefty/SJW types figured out who their customers were and made a point out of protecting the brand and franchise.

Kaepernick? He’s just a termite. He burns down anything he gets invited to a be a part of. It could be because as an adopted, illegitimate child of miscegenation, he never truly can be a part of anything. Perhaps that would describe our most recent former president as well. And if such is truly the case, you wonder at the lack of wisdom that went into making ether one of them at all.

A Positive Side To The Black Pill | Swarms: The Intermediate Post-Democratic And Pre-Hierarchical / Tribal Reality