Civilizational Failure Via The Metaphysical Connection Between Hubris And Nemesis 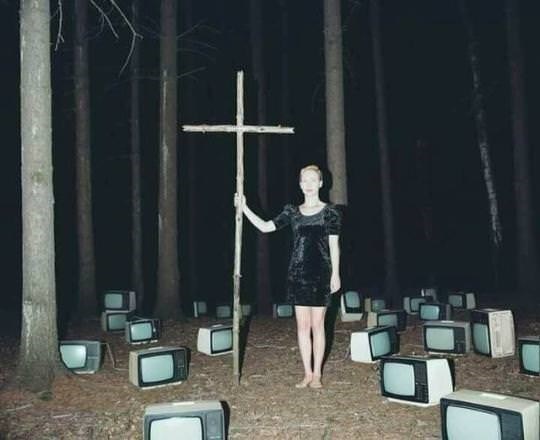 Peering into the Fall of the Roman Empire allows us to identify a sequence of events and see the same pattern present in the recent history of Western Civilization. We can confirm this through an entirely different method if we look at Western Civilization as an organization and analyze its structure.

Humans are gregarious by nature and therefore, just like dogs, need to socialize. If socialization becomes our organizing principles, however, it replaces our goal of having a functional civilizational order. For example extraversion as policy allows our language to be redefined, with consequences for trade and diplomacy.

But human characteristics rub off on the tools they use. Different cultures appear to have designed different organizations, which contrasts the innate tendency of organizations desire to permanence based on the secret human desire to live forever.

While we cannot fault the design of a spade, we can detect a structural design defect when we see the collapse sequence in organizations. The first stage of organizational failure is called hubris, which is a typical human failure too. The last stage is capitulation which can be compared to Dark Organizations both of which also relate to human tendencies such as being defensive, deviant, apathetic and toxic.

Although most would argue that civilizations develop unintentionally, such as those who suggest that European monks effectively started Europe, whether it was designed as one or becomes one, every civilization is an organization. Therefore applying typical organizational theory to the study of civilization will make sense of discussions of societal decline.

One terrible example of societal decline is genocide, where perpetrator hubris obviates responsibility to acknowledge what they are openly doing, while their victims have capitulated, refusing to run away despite the obvious, visible and â€œhubristically tauntingâ€ threat.

From an organizational perspective, academics have seen the problems of hubris as well. Professor Eugene Sadler-Smith also engages an African initiative for African leaders on this topic, called the â€œConversationâ€ which includes contributions from South African Universities as well as the Bill and Melinda Gates Foundation. Even though conceptually hubris is a fairly robust concept, the reader must be made aware that different organizational examples of human groups suffering hubris emerge from both sides of the pond.

For example, in his attempt to influence African leaders, Sadler-Smith describes both Bush and Trump as â€œhubristsâ€ (and therefore bad). A different opinion suggests that if Bush hates Trump, they cannot be â€œthe same,â€ can they? However, referencing Tony Blair as hubristic was confirmed by the author Tom Bower, and it is known that Bush and Blair hubristically entered the Iraq war under false pretenses. To date, Trump appears to have a different, perhaps more business oriented approach, namely a profit and loss strategy.

For this argument, a liberal perspective on hubris provides a good starting point for this argument because liberals generally think that Utopian civilizations cannot decline and that decline itself can be â€œfixed.â€ The University therefore started The Hubris Project to help business leaders avoid the perils and pitfalls of hubris.

From above the subtext is concerning though. For example, saying that Bush and Trump are bad, indicates that America will see its nemesis soon, which appears to be eerily true. Nemesis arises from hubris as follows:

The Ancient Greeks recognised its hazards and counselled against hubris in their myths and tragedies, often tying it to a reckoning meted out by the goddess of retribution and vengeance,Â Nemesis.

A Grecian example where hubris and nemesis meet is as follows:

But perhaps the most well known of the Greek myths to warn against hubris is that of Daedalus and Icarus.

The myth recounts how, in order to escape from incarceration on the island of Crete, the master craftsman Daedalus fashioned two pairs of wings made from feathers and wax. The wings gave Daedalus and his son Icarus the godlike power of flight. However, the young, ebullient and overconfident Icarus ignored Daedalusâ€™ warnings not to fly too high; the sunâ€™s heat melted the wax holding the wings together and Icarus plunged to his death.

The question that Sadler-Smith then asks is:

If hubris is an occupational hazard for leaders, is nemesis its unavoidable outcome?Â

This is an important question for him because his own income depends on solutions to avoid it. For the rest of us, the important logical fact is that nemesis will indeed appear unless hubris is stopped. Collins described this as well. You cannot stop nemesis once it appears, but you can stop hubris.

To solve the riddle of organizational hubris, we must first solve the riddle of human hubris. This points to incorrect socialization as a causal factor. But socialization only addresses something that is there; it cannot prevent it, meaning that this something is a standard occupational risk requiring management, for individuals, but also for organizations and indeed, for civilizations.

There is no doubt that America and indeed Western Civilization will be facing its nemesis soon. In one interpretation there are still seven years left to fix the reigning hubris of â€œstrikingâ€ or â€œdroningâ€ towards utopian glory, before nemesis irreversibly strikes back.