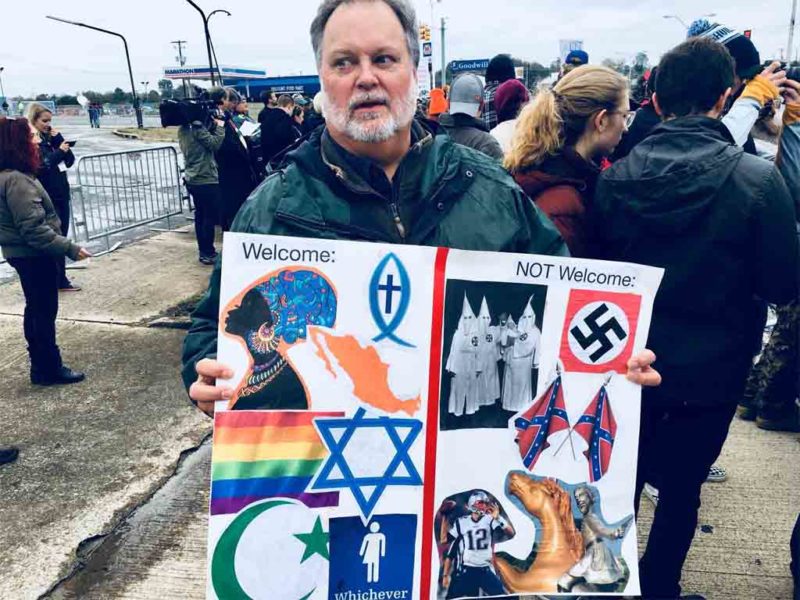 We moderns who arise from this broken era find ourselves as bewildered as the town drunk emerging from a fortnight binge. Everything we need to know about how to have a successful civilization we have forgotten, and our heads are full instead of detailed notes on how to make a failing one.

When we look to the root cause, we see that every civilization becomes social, or driving by socializing and chummy behavior instead of directed toward a cooperative cause, as soon as it becomes wealthy and powerful enough to be nearly entirely self-referential.

That is, when a civilization is rising, the thoughts and actions of its members are mostly targeted at external reality or some ongoing goal and not at people themselves. Once that goal is achieved or forgotten, the focus turns toward other people and how to make them feel good by including them.

Some call this process “feminization,” but in fact it resembles deference to the group in a pattern that approximates addiction. This is the link between individualism and collectivism: those who are individualistic find themselves drawn to the group for support, but this creates a dependency based on a cycle of intensity and then exhaustion.

This is shown by recent research which demonstrates that social interaction energizes us and then exhausts us:

Emerging research shows that even though we each show distinct patterns of thoughts, motivations, and behaviors that make us different from each other, we actually display the whole spectrum of behaviors in our everyday life. Everybody sometimes gets tired from too many social interactions, sometimes acts like a jerk, sometimes is lazy, etc. Just some of us are consistently more so on a regular basis than others.

In a brand new study, two Finnish researchers looked at one of the most prominent descriptions about introverts: that they need to be alone and recharge after too many social interactions. While this is undoubtedly true, does this really differentiate introverts from extraverts?

They found that the more people were acting extraverted and conscientious, the more they reported being in a positive mood and feeling lower levels of fatigue in the moment, but after 3 hours they reported higher levels of fatigue. The level of fatigue depended on the number of people met during the last hour, the intensity of the social interactions, and how much they had a specific goal in mind when they were studying or working. Interestingly, these effects were found for both introverts and extraverts.

In other words, individualism is collectivism because the two are opposite ends of the cycle: the individual feels energized by social interaction, then exhausted by it, which requires a re-injection of that energy through engaging in the social process again.

The individual depends on the group for inclusion, or the guarantee that they will not lose social rank for experiencing failure, in contrast to any social application of Darwinism. People want to avoid being penalized for incompetence, solipsism, or malice.

As they find out quickly, the problem with this is that in order to be part of the group, they must uphold the social code which requires that they also extend the same right to others. This means that the group becomes oriented toward a lowest common denominator which is perpetually getting lower as it iterates.

The extravert/introvert categories serve as a quick shorthand for how people make choices. Those who are guided by external self-interest and social influences are extraverts, where introverts are guided by their own intuition, which is the faculty they use to discover reality outside of human “social reality.”

However, the social process proves more important because people must use it to interact with others, and social interaction is based finding a compromise the group can agree on (via TAC) because it is expedient for the purpose of keeping the group unified, not accurate or creative results:

It has consistently been found that people produce more ideas when working alone as compared to when working in a group. Yet, people generally believe that group brainstorming is more effective than individual brainstorming. Further, group members are more satisfied with their performance than individuals, whereas they have generated fewer ideas. We argue that this â€˜illusion of group productivityâ€™ is partly due to a reduction of cognitive failures (instances in which someone is unable to generate ideas) in a group setting. Three studies support that explanation, showing that: (1) group interaction leads to a reduction of experienced failures and that failures mediate the effect of setting on satisfaction; and (2) manipulations that affect failures also affect satisfaction ratings. Implications for group work are discussed.

People — and probably any other independent intelligence operating in a group — love groups because “group interaction leads to a reduction of experienced failures” since someone always has something to keep the group going, and therefore there is not indecision, even if the option chosen is repetitive or inexact.

That lack of indecision means that the group can continue onward even when it is out of its depth because the momentum of the needs of the others in the group carries it forward. To join the group is like hitching one’s cart to a winning horse.

In turn, this means that people find practical reasons for their addiction to the group and the social behavior that unites it. This creates a situation where the group must exclude those who, not acting in an outright anti-social way, reject the idea of socialization as the glue of the group.

Socializing, then, becomes a replacement for realism. The first goal of the group is to force socializing as a goal onto everyone else, because if it does not do this, others will deny the will of the group. This is a process called Crowdism. It is a control mechanism.

From this, we can see how genetic pacification (via EGInotes) occurs when social groups exclude those who do not allow their behavior to be dominated by the group:

Over the last 10,000 years, the human genome has changed at an accelerating rate. The change seems to reflect adaptations to new social environments, including the rise of the State and its monopoly on violence. State societies punish young men who act violently on their own initiative. In contrast, non-State societies usually reward such behavior with success, including reproductive success. Thus, given the moderate to high heritability of male aggressiveness, the State tends to remove violent predispositions from the gene pool while favoring tendencies toward peacefulness and submission. This perspective is applied here to the Roman state, specifically its long-term effort to pacify the general population. By imperial times, this effort had succeeded so well that the Romans saw themselves as being inherently less violent than the “barbarians” beyond their borders. By creating a pacified and submissive population, the empire also became conducive to the spread of Christianity–a religion of peace and submission. In sum, the Roman state imposed a behavioral change that would over time alter the mix of genotypes, thus facilitating a subsequent ideological change.

These people pacify themselves by obeying social logic rather than realistic logic. In a social group, you are penalized for excluding others or noticing things which make other people uneasy. You always win with a kumbaya approach about how everyone can all get along.

For the past two hundred years or more, Europeans have been rewarding whichever person has an answer most like the lowest common denominator of the group. This is like the swimming race described by Gylve Nagel in Norway where the child who “won” was the one with the time closest to the average of the whole group!

Socializing is a powerful means of control. It keeps people from falling out of line and, instead of a hierarchy, it has a vast mass with a rotating cast of leaders. That mass offers power because of sheer numbers, in the Asian land war strategy, which can crush anyone or anything with swarming it with an impulse to destroy.

But to the individual, the crowd offers something more: the chance to engage in individualistic — a notion where what the individual wants personally replaces notions of social, natural, logical, and divine order — behavior and to have the group defend that behavior because inclusion is the cornerstone of social behavior.

This is what we are calling “extraversion,” “hive mind,” “collectivism,” “group think,” and even the root of it all, “conformity.” People who are trained in social behavior only feel good when everyone else feels good; they only act based on what everyone else approves of; they aim to be right in the middle of any group in opinion and act.

If we look at that behavior critically, we can give it another name: utilitarianism. A utilitarian believes that the path to right behavior is to do whatever makes most people “happy,” and the only way to find out what makes them happy is to ask them. Basically, herd behavior.

This utilitarian behavior, like social behavior, consists of an “outside in” approach to thinking. Instead of searching our intuition and coming to know ourselves so that we can by the principle of exclusion know what is real outside of ourselves, we look at our “external selves” as seen by the group.

That disturbing co-dependency both grants us individualism and robs of us of individuality by making us beholden to the group for approval and ideation. If you wonder why most people act like zombies, the answer could be that they are simply going with the flow, following the herd, running with the “in” crowd.

Socialization as a goal creates a phenomenon known as rationalization, where people limit their behavior to what the crowd approves, and then reason backward until they find a way to argue that what they received was in fact what they wanted.

That process works against intelligence, which is based on deferred gratification, or having a clear idea of what outcome is preferable to others and waiting to achieve that, instead of achieving a quick outcome — “group interaction leads to a reduction of experienced failures” — and then rationalizing it:

As is true in humans, chimpanzeesâ€™ general intelligence is correlated to their ability to exert self-control and delay gratification, according to new research at Georgia State University.

â€œThe fact that this link between self-control and intelligence exists in species other than humans may demonstrate an evolutionary basis for the role that willpower plays in general intelligence,â€ said Beran, lead author of the study. â€œFuture research could clarify whether the relationship also exists in other primates and even non-primate species.â€

Socializing breaks down the process of intelligence by encouraging a constant stream of “results” that are not exact and thus require rationalization. This creates a “social economy” that punishes intelligence and rewards repetition and use of generic results modified to seem unique, which is what we see in our society today.

Leftism takes over organizations not because of Leftism itself, but because as the crowd takes over, the herd turns toward inclusivity and therefore, rewards attention-getting behavior that demonstrates obedience to the ideals of the crowd.

Social behavior may be the uniquely human form of entropy. Whatever we create that is unique and powerful starts its death spiral as soon as the crowd arrives and converts the thinking about that creation from goal-oriented to socially-oriented. At that point, anyone who thinks independently is filtered out for non-conformity.

Until humanity figures out how to tame this beast, we will never be stable, and will always follow this pattern of self-destruction no matter how far we flee from our origins.