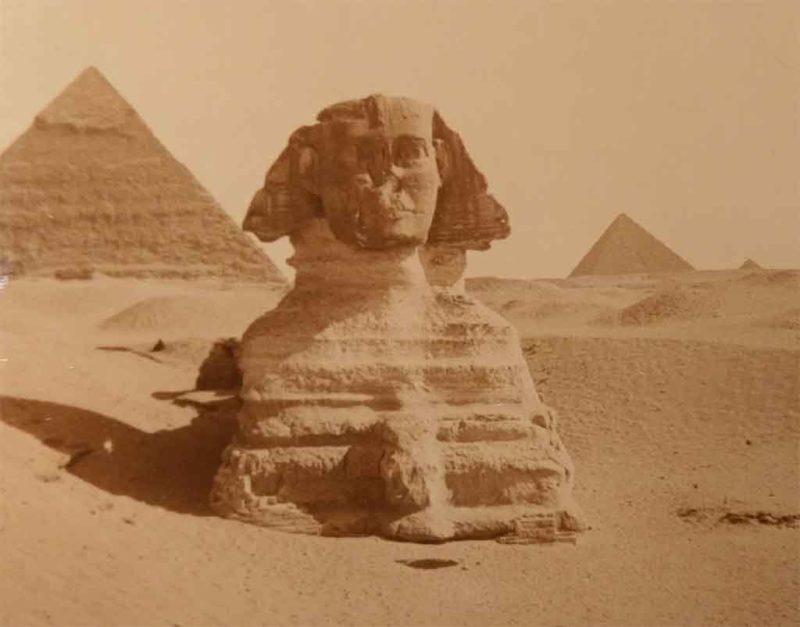 Differentiation became a huge word in the marketing departments of the world lately. It means that you stand out somehow from the rest and go your own way. While differentiation is the rule of nature, e.g. lions forming their group apart from the other species, this notion seems new to humans as they try to improve their fate.

Looking into human groups, we see that they want to become something other than human. This is part of their desire to be permanent, or to exist outside of the individual lifespan and limits of a person. Normally for this purpose we form organizations, but it seems the more we design them for immortality, the sooner they die.

Humans developed tools to improve their fate, meaning they could live better and thus extend their lives. The best tool however, was organization into groups, and this was a natural outflow of the social nature of humanity and the need to collaborate efficiently on complex tasks.

Other tools were developed to ostensibly â€œextendâ€ human lives, such as the nuclear bomb, but were in fact simply implements of power, or not collaboration but control. Tools of this nature over time became tools of the organization and not the individual, perpetuating the life of the organization beyond the humans in it.

Humans know they are mortal and possess only a short lifespan, but because organizations endeavor by their very nature to be permanent, humans think of themselves as inheriting the power of that permanence from the organization. To some degree, they are correct, in that their deeds live on through the organization in some cases.

The call for â€œLong live the Queenâ€ actually has nothing to do with the Queen, but with the Kingdom. Humans “tag” themselves onto the organization that nourishes their needs like a captive lion will lick the hand of a man that feeds him. But when the King stops nourishing those tagged onto him, they will revolt and kill him after which they will take over the Kingdom (the organization). Then they themselves will attempt to become eternal by wearing the same clothes the King did, acting out his role, and using that power for their own ends.

It is quite evident that organizations are separate from humans, and that it is hubris to assume that organizations can last forever. Oppenheimer created the successful slogan â€œDiamonds Are Forever,â€ but his son sold the company to Anglo-American a few years ago (circa 2004) after which he extracted $5 billion out of South Africa without paying a penny in taxes. Clearly the company was not worth keeping and therefore not forever. But â€œweâ€ think it is.

Monarchies have not been terribly permanent either but the American Empire arrogantly assumed that family dynasties would be more successful by being more permanent. When that failed, they turned to ideologies instead, or even the bureaucracy itself, but all are staffed by humans so can change or self-destruct any minute.

Since we see that organizational permanence is an illusion, the question becomes — with the false goal of permanence out of the way — that of what the people of the modern West view as important. Economists understand values in terms of spending. When people are willing to pay more in order to receive a good or service, it shows that they value it higher.

We can see our values play out in the price changes of consumer goods, courtesy of AEI: 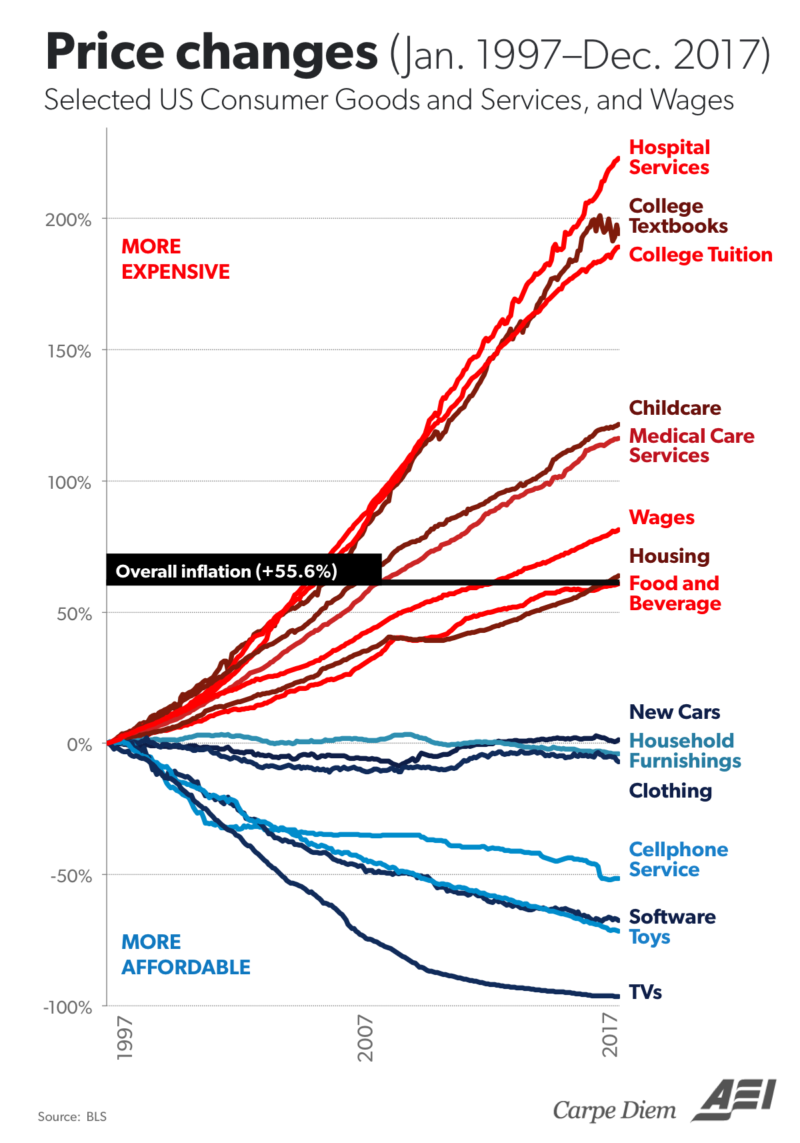 People are willing to spend extra money on those items above the inflation line, meaning it is important to them because it makes them more permanent. At the same time, note where housing is located — on the inflation line — indicating that it is not really seen as a permanence issue.

In addition and quite surprisingly, jobs (wages) are also not seen as permanent because it is just slightly above housing. By implication everything below the inflation line is redundant or have redundancy. Itâ€™s what nature used to be; there were plenty of trees around, so cut a few for Her Majestyâ€™s Shipyard. As humans take over nature, so organizations develop a fake nature in their quest for permanence.

This leads to another question:

Why do we have permanent property rights when humans or their organizations are not permanent? If we make property a temporary holding for twenty years, to be sold or re-bought, it will reduce dependency on a fake technological permanence, will force the church to stop treating their property like investments, will force Governments to utilize their properties effectively to the benefit of society and will force humans to apply their nature to nature instead of spending everything they have on fake-permanence.

I can project this same argument on stock exchanges, why do we need permanent stock, if no organization is permanent?
Nature is permanent, not humans and especially not organizations or their stock. The sooner we face the void, the longer that we can live without troubling ourselves in a quest for false organizational permanence.

Leftists Keep Banging The Tin Drum For Trump Removal | BRICS Show Us That Race Is Not A Question Of Dislike, But Competition