Charlton Converges On Amerika.org Notion Of Solipsism As Evil 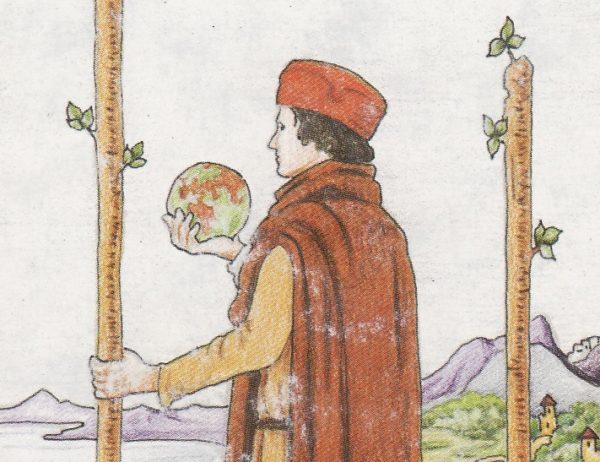 At every other blog in the universe, you are told that shadowy external forces are manipulating you, 1984-style.

On this blog, you are told that instead you are your own worst enemy, and the things that seem good are often not. This is more like what was espoused in the book that inspired and provoked 1984, the Aldous Huxley sermon on the end of civilization by internal entropy named Brave New World.

We are self-deluding creatures who fear natural selection and loss of social rank. We see other things as positives, such as low-risk social participation. This drives us to mandate the latter by removing the former, a type of de facto Utopian thinking that is an inbuilt flaw in humanity. We cannot create perfection by denying the objects in which our fears are manifested.

This is why every human organization fails once it has enough power. It turns its methods into its goals. This happens because, in an attempt to remove what it fears, it regulates method instead of purpose, and in doing so creates a false purpose based on what it measures.

The classic example of this comes from American police departments. Officers are told they will be ranked according to the number of arrests they make. This means that to win the officer game, one must kick up the numbers. The successful candidates rush out and arrest all of the bums, winos, hookers and other known blight, and avoid the time-consuming task of identifying murderers and organized crime kingpins.

All of our societies in the West now follow this model. We lost purpose because we made methods more important than goals in a desperate bid to banish our fears, which then ensured that we would be ruled by the “game” set up by the regulated methods. The last two centuries of history show us in a paroxysmal spasm of trying to find the “right” methodology, and yet everything we do seems to fail.

That realization points to an internal evil, not an external one. The road to Hell is paved with good intentions… and what we consider “good,” at least as a group but probably in our thinking with very few exceptions, is removal of the appearance of bad that results in dystopian levels of dysfunction. The problem is us. Or rather, it is in our intellects and souls, an in-built “backdoor” that lets us hack ourselves.

On Amerika, writers have long identified solipsism as the root of the psychology of individualism, which is the pathology where the individual acts as if he is God and more important than reality itself.

Bruce Charlton, one of the insightful writers who move in parallel rightward through different threads of analysis, has endorsed the diagnosis of solipsism as the root of the failure of the West:

Solipsism is the belief, usually quite brief, that the thinker is the source of everything that is – my feeling that everything is just a product of my own thinking and has no independent existence: my life is a dream.

…We can really only go forward – indeed we must go forward because if we get stuck in solipsism – as so many modern people seem to have chosen to do – then nihilism and despair are inevitable. In solipsism we begin by regarding the world as our own thought, but soon (and inevitably) we begin to doubt the reality of these thoughts – after all, thoughts change, they are not solid…

The self in solipsism surveys the world paralysed by doubt – the thoughts are transient, the world a product merely of thoughts – everything slips away.

Solipsism is a refusal to make choices that involve scary things. Instead, we retreat into ourselves, which because these selves are closed-circuit feedback loops, results in a type of accelerated entropy leading to heat death: no decision particularly matters because the ultimate result will never change until the advent of death, which is impossible within our cognition because of its vastness.

The solution to solipsism occurs both within and outside the individual. As a civilization, we need to rediscover purpose and stop regulating ourselves through methods alone, which is the behavior formalized in Leftism. As individuals, we need to find transcendental vision of life in which we recognize the greater wisdom of nature and the cosmos relative to our own intentions.

Formalization creates dark organizations. The more we try to do what our brains see as “good,” the more we self-destruct, because we have forgotten to verify whether our internal conception of good actually matches results in external reality. This engenders solipsism in a perpetual cycle until it destroys us.

Deep Ecology And The Alt Right | You Heard It Here First: Diversity Is The Problem