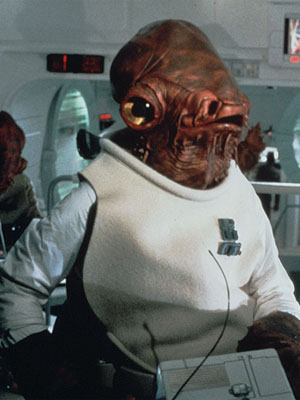 Humans grow paranoid when bad things happen and no explanation fits. We stop thinking that the normal rules of cause and effect apply, and start looking for an invisible cause. This creates a disaster as we open up public discourse to beyond the zone of verifiability.

The last two centuries have seen a steady explosion of paranoia. Not at the margins, but within the normal mainstream, although it is almost never clearly articulated. In fact, in the last 225 years, paranoia has become the norm, but a concealed and shameful one. The fact is that we no longer can say we know how our own society works.

It’s not like we got no warning. We got plenty of warning. Starting right after the Enlightenment, our literature took a turn toward the anti-civilizational. With Romanticism a few centuries later, it accelerated. The rules were not to be trusted; only the soul of the sensitive person was. Everything else was a wasteland — “the world is too much with us” — of popularity and vice.

Since that time, the warnings have accelerated. Every generation sniffs something rotten under the surface. Our art is against society, our politics reward those who are edgy and oppositional, academia doesn’t trust society, and polls suggest we think our politicians are all liars. We are people dispossessed by our inability to believe positive motivations behind our civilization.

I have disturbing news: it’s all true.

This civilization has been in free fall since, in the French Revolution of 1789, we decided that our new civilization archetype is “reality-optional,” meaning that whatever the individuals wants to think is true will be made true because others will demand we treat it as true. It’s like The Emperor’s New Clothes but instead of one emperor, there are billions of delusional and self-deluding people.

This outlook, called solipsism, pre-supposes that reality either doesn’t exist or isn’t important. All that matters is what individuals think, which is measured both in “freedom” to do whatever you want whenever and wherever you want, and in the Crowd, which is the social bolus formed of people united on the idea that whatever we want to think is true should be “true.”

By its nature, solipsism denies reality. If reality exists outside of the human mind, at least one person is going to be wrong. They’re going to do something, thinking they’ll get result A, and instead they’ll get result B. This makes them feel bad, and they will be displeased, and so the Crowd will be displeased. Leaders and elites die when the Crowd rages because since it’s having a tantrum, murder and torture are first on its mind.

The worst part is that solipsism is as inevitable a part of the human experience as any other wrong. Whether you call them sins or mistakes, we make errors that result from our heads being in the wrong place. Some of this is natural. When it happens a lot, or is really extreme, we think there’s something not right in the head of the person doing it.

Over the ages, civilizations learned of this and tried to counteract it. Some tried written rules; some tried unwritten. Many tried different types of governments or social orders. Others tried various degrees of intrusion into the personal lives of their citizens. All eventually failed, although some took much longer to fail than others.

The fact is that government is no different than any other group of humans trying to make decisions. Anyone who has sat through a community volunteer meeting can understand how infuriating this is. People lose sight of the goal by focusing too much on their own wants or ideas. Solipsism.

Some have even realized the grim truth of civilization itself: it’s a trap.

When human beings are isolated into tribes, there is relatively little confusion. The tribe is like a big family, and everyone knows everyone else or at least someone related to them. No anonymity plus shared reliance on each other to survive means that this proto-civilization is very stable, whether it’s hunter-gatherer, agricultural or full blown technological.

In civilization, we put warning tags on things. We teach people not to kill themselves by defecating where they drink, or eating the wrong plants. We add hygiene, efficiency, technology, defense and discipline, and soon, we are wealthy with excess food and security. This causes a few side effects.

First, the people who should die from their own stupidity do not. This “inverse Darwinism” quickly gains favor with the merchants, who make a tidy sum by pandering to those who are afraid of dying of their own stupidity. Survival for Dummies is a hit in the bookstores.

Next, civilization encourages us to defer action to society itself. When a crime occurs, call a cop. When a law is broken, call a judge. If the economy collapses, bang angry fists against statuary of your leaders. There’s no sense of all of us as individual actors working together toward a shared goal.

Finally, we get sealed off from reality itself. We buy things; we don’t make them. We give orders; we don’t carry through. We specialize. We work in groups, and believe there must be a group consensus for anything to happen. We try to all get along, keep the peace, treat everyone fairly, etc. and the result is paralysis.

Civilization itself is a trap. It is the notion that something outside of ourselves can handle our problems for us. As a consequence, it detaches us from reality and makes us dependent on civilization. The tool becomes the master.

The ancients realized that there was only one way around this, which was not to have a society that exists for its own sake. Have a civilization that exists to achieve a goal, and is led not by proxy but by a hierarchy of aristocrats, and individuals who act based on their own knowledge and moral insight.

This type of society will never be popular. What’s popular? “Everyone do whatever they want, and throw some taxes in the pot so we can fix the mess.” But over the last 225 years, this society has not only failed, but made us paranoid. It’s a trap, and the only escape is not to play.

Fixing our problems is easy | Contrived