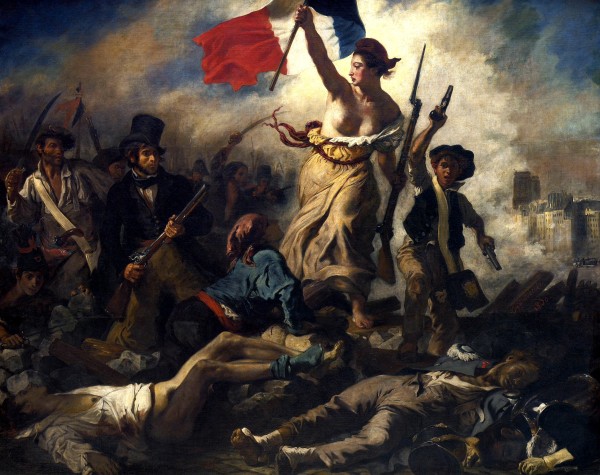 I had a dream once that combined a number of notions from American movies. In it, I was one of the few remaining people uninfected on earth. The others had been struck like a disease that made them zombies, but unrecognizably so. As in Invasion of the Body Snatchers, they appeared normal, and unlike the aliens in They Live they were 100% human. Like Night of the Living Dead, they suffered a compulsion to attack the uninfected, but unlike it, they had their full faculties and could not be detected. But more like in They Live, they endorsed an ideology that was equal parts complacency and elimination of non-compliance. Then I awoke and realized I had not been dreaming at all.

What I call Crowdism is the union of individuals for an individualist end: the suspension of social standards and order so that the individual can act without responsibility for consequences. They want freedom, from judgment, sense, aesthetic taste, evolution and higher standards. It is the rabble demanding its right to be as degenerative as it wishes to be, as measured by the individual and not the group. In fact, the Crowd is united by the fact that it acts like a group in defense of the individual, which is why it fits into none of the usual slots. A certain mentality both creates Crowdism and is created by it, and that is solipsism, or the tendency to think the world should adapt to the individual instead of the other way around, which implicates a mental process in which the world which is normally perceived through the individual is perceived as being within that individual. In other words, the individual becomes the world and the world something that resists the individual, much like we have conflicting impulses within us that resist each other.

This concept of what we might unfashionably call evil — undeniably a subset of Kant’s notion of “radical evil” — suggests that evil is not a discrete and isolated thing, but a constant tendency in human beings which we beat down like our desire to eat one more slice of cheesecake. There is no Satan needed because humans invent their own evil, and its root is not in a desire to do evil, but in an error by which humans substitute self for world. In fact, as Plato suggested, without guidance human emotions and desires turn toward this very destructiveness, which is why most humans live in misery and most societies fail. Humanity is self-destructive, much like individual humans drink too much or eat too much cheesecake, or vandalize the things that make them happiest. When we deny responsibility for our actions, happiness is no longer our own task, but something we view as happening like a lottery. This enables us to pursue the unfulfilling objects of our desire and then engage in “sour grapes” type rationalization where we come to the point of seeing that nothing would have made us happy anyway. Unhappiness becomes a weapon against striving for anything better, or to rise above. This evil pathology explains both the victimhood mentality of modern people and the seemingly unerring capacity of democracies to select the worst possible plans in any situation. But what makes this evil so pervasive is that it exists within us and cannot be purged, but it can also be spread between people, like the hybrid zombie/body-snatcher infection described above.

Most of us will refuse to recognize this evil. That is because solipsism feels good; we sense in it that we can never die, and that we are always good and right no matter to what degree we are not. It saves us from self-criticism, and criticism by others. It makes us feel justified in selfish behavior because the world has made us its victim, and in self-pity we have a cause for resentment and thus a systematic revenge on the world. When we do bad things, and create socialized costs for others, that is not a personal loss but victory because we harmed the force that oppresses us. This evil recognizes no boundaries: it crops up in good people as well as bad, in smart as well as stupid, and in smart it may take on a greater life because they have the ability to make it interesting. Even when we argue against it, we are not immune; like a fire dares us to stick our hand into it, evil dares us and seduces us. And of all frustrating things, it has no home. There is no Hell to destroy, Mordor to invade or Berlin to reduce to rubble. Evil simply takes a new form, spreading by contact between people who (in an effort to disguise their own weakness) re-style it as good, or cropping up again anywhere a mind thinks. It is the enemy without form, an invisible aggressor who almost never appears in a guise of bad but always appears good, or at least convenient.

Recently I launched a corrective attack on Neoreaction, the system of post-libertarian thought launched by post-libertarian bloggers during the early 2000s. Neoreaction has a number of good things going for it: it recognizes the failure of The EnlightenmentTM and consequently, rejects equality, democracy, and populism or the tendency to motivate people by pandering to the lowest common denominator already accepted by them. It is more of a virtual salon or symposium in that, like Plato’s Republic, it offers a series of thought experiments to stimulate awareness outside of the confines of the accepted and to thus open channels to thought beyond the status quo. In this attack, which is designed to expand the field of Neoreactionary theory to include the conservatism from which it has come and to clarify both, I identified a number of problems:

If we are going to attack The EnlightenmentTM, nothing remains but to do it. Democracy, equality, liberty, freedom, “rights,” populism and the idea of systems itself are all wrong. They go to the dustbin of history, but so also should other thought that promotes socialization as a substitute for actuality.

In contrast, history and common sense show what works. Aristocracy, nationalism, social conservatism, heroism and transcendentalism work together as a system that is both traditional and fits within Neoreactionary thought. The social community however rejects this because it breaks what makes Neoreaction accessible, which is that any STEM graduate or internet typist who memorizes a few ideas can participate in the theory, and that in itself is the goal. The goal lies outside the social group, which like a force of entropy becomes populist, and without that to unify the group, it relapses into being a social event instead of an actual one.

Any movement can become social. Where the index of selection, or how it chooses what becomes part of its library of ideas, is social in any way, it is a social movement. Cliques of intellectuals succumb to this as well. This is why Crowdism is said to be pervasive: it is a human monkey tendency that corrupts truth with the pragmatic convenience of getting along in a group and motivating them toward a goal, albeit at the expense of the clarity of the goal. Understanding this is crucial to the anti-equality idea, as it displaces our faith in “systems” and voting and returns to the idea that a decision must be made by those capable to make it.

My goal with any kind of new movement is to have less chatter and more solid expression of motion toward these ends. Neoreaction served its purpose well as an introduction to these ideas, but then got caught up in its tendency to be talking points instead of practicality. We see the results now in the constant drama across the Neoreactionary blogs and the writing of much theory, little of which expands any substantive issue, as people jockey for position in the salon. As the years pass, the goal emerges more clearly, and it is time to discard intermediates and — emerging from our comfort zones — go for the goal.

“Your rights end where my rights begin.” | The Happiness Hypothesis: Finding Modern Truth in Ancient Wisdom, by Jonathan Haidt