You Heard It Here First: Diversity Is The Problem 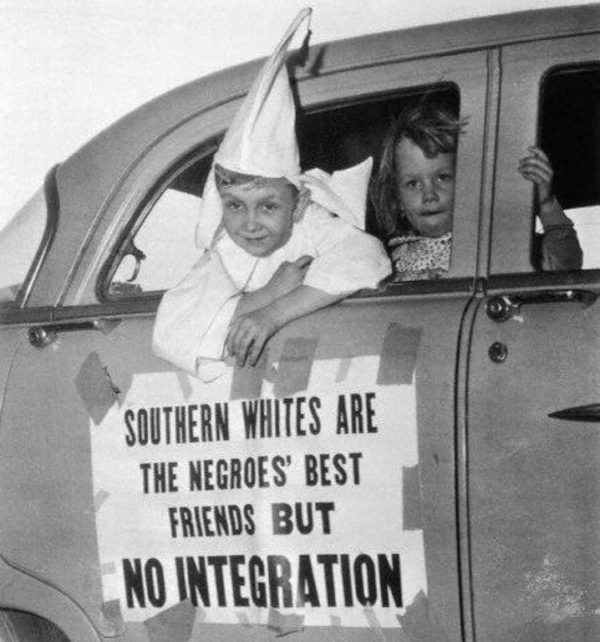 Very early in life, the problem of special interest groups and divided purpose became apparent to me. In our kindergarten class, a small group of girls decided to monopolize the clay as a means of excluding others from playing with it. They poised themselves to rush in a herd over to the clay as soon as it was playtime, and “shared” it with each other, but no one else.

Of course this strategy was massively effective. Technically, they were not breaking any rules. In fact, they were doing what the teacher loved to see, which was “sharing,” but they had broken its purpose by sharing only within their special group. The rest of the class acted as people normally do, which is that they found other toys and mentally rationalized those as the ones they wanted all along.

This shows us the problem of rules: they are easily subverted by obeying them in public, and in private, subverting them. Rules give the advantage to those who recognize that rules are made to be used as offensive weapons against others. When everyone in the class had the same purpose, the situation worked; once that purpose became divided, it worked against the class itself.

As childhood went on, different special interest groups become apparent. The obvious one is the clique of popular kids, but at every level, people formed like gangs/cults that they used to control something that others might want. These retarded learning and advancement by enforcing a static structure within a dynamic one, forcing the larger group to work around it in a type of passive aggression.

Fast forward to the early 1990s. Campus culture was raging with political correctness at that time, and in protest and satire, The Hessian Studies Center was born. In the template of politically correct protected groups, it asserted a right to have long hair and play loud music because Hessians were an identifiable minority group.

This led to writings on USENET, and from there early blogs, in which the point was strongly made: our enemy is not a particular ethnic group, but diversity itself.

Naturally this was controversial. The cucks freaked out because it attacked their ideal of the proposition nation; the spergs freaked out because they wanted a mentally easy solution like killing off blacks and Jews so that we could then live in, well, basically the status quo. This revealed the nature of both of these groups as essentially conformist to the existing idea of our society.

Two and a half decades later, other voices are picking up the call that I initiated back then, including insightful writers like Scott Greer:

Greer is unique in that he specifically identifies Affirmative Action (aka racial discrimination against whites and Asians) as the key policy which enabled the destruction of the American university.

…â€œDiversity in todayâ€™s America simply means having fewer whites around,â€ he writes. â€œSegregation, such as universities having racially exclusive dorms and events, is great as long as that racial exclusion doesnâ€™t mean â€˜white only.â€™â€

…As he notes, there is little real evidence suggesting â€œdiversityâ€ provides any real benefit to institutions and quite a bit suggesting it imposes real costs like the collapse of social trust. His book is a sign that mainstream conservatives are slowly, painfully beginning to understand it is â€œdiversityâ€ itself which causes dysfunction.

To this excellent write-up by James Kirkpatrick it makes sense only to add the following: any diversity is a threat, even if from “model minority” groups like East Asians, and that diversity is a form of equality, and equality always (without fail) occurs by penalizing the strong and transferring what they create to the perceived weaker group.

Greer’s book sounds fascinating and like mandatory reading for those on the Right. Even more, the recognition that diversity is a toxic policy no matter which groups are involved represents an evolution of thought for conservatives: instead of doing the Left’s work by looking for glitches in Leftist policies, we are realizing that Leftists policies are the glitches and must be removed.

Charlton Converges On Amerika.org Notion Of Solipsism As Evil | “The Future Is Female”