Deep Ecology And The Alt Right 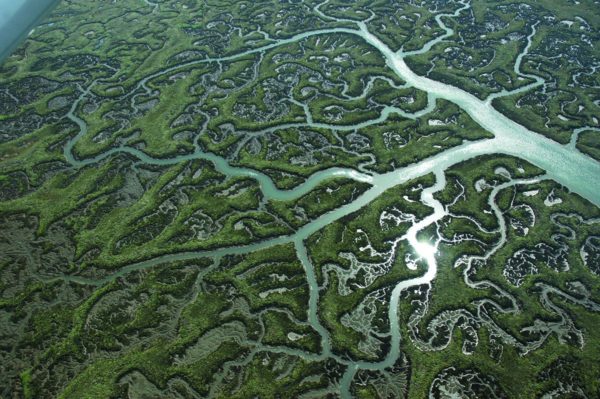 It will take centuries for historians to recognize this, as they either sift through thirdworld ruins or chronicle the rise of the greatest power to ever grace the earth, but the Alt Right movement is a philosophical descendant of Deep Ecology.

This meant that every act to help the environment was also designed to foster “equality,” and since the latter was easier to understand, it became the focus and absorbed everything else into it. This meant that environmentalism could fight for the whales or against drilling in national parks, but not tackle the big issue: we have too many humans to avoid committing ecocide.

As a result, the saner thinkers in the environmental movement formed Deep Ecology, which states that in order to avoid ecocide we need a cultural shift that desires a different type of civilization entirely, one where we are not so out of control. Deep Ecology recognizes that the environmental problems we suffer now come from bad leadership in the past, and a society geared toward endless growth and consumption.

Such a society can only exist in the absence of cultural standards, values and purpose. It is in fact an artifact of the democratic era, in which there is no longer a dominant culture, with customs and lifestyle, by which people live that limits the damage they do and the growth of that civilization. Instead, democracy and consumerism have taken over because we have destroyed the ways of life they replace.

This is where the Deep Ecology movement and the Alt Right converge: we know that we need not different policies or laws, but an entirely different structure to civilization itself. The Deep Ecology mission statement shows the need for a redesign of human habitation entirely:

Earth has entered its most precarious phase in history. We speak of threats not only to human life, but to the lives of all species of plants and animals, of the entire ecosphere in all its beauty and complexity including the natural processes that create and shape life’s diversity. It is the grave and growing threats to the health of the ecosphere that motivates our activities.

As our name suggests, we are influenced by the Deep Ecology Platform, which helps guide and inform our work. We believe that values other than market values must be recognized and given importance, and that Nature provides the ultimate measure by which to judge human endeavors.

The portion most relevant to the Alt Right has been marked in bold: “the rush to economic globalization, cultural homogenization, commodity accumulation, urbanization, and human alienation.”

Like Deep Ecology, the Alt Right exists to create cultural change which changes our society to a different type of society. Where the last century favored liberal democracy with consumerism and social benefits, the future favors hierarchy, aristocracy, culture-driven standards and transcendental goals. Civilization itself has evolved.

That change was always the goal of Deep Ecology. From the environmental movement, Deep Ecologists realized that anything less that a re-orientation of society to include inbuilt environmental goals would fail and become another equality movement. They saw that government could not make the changes needed. Only a mass awakening, or at least an awakening among the 5% of people who are natural leaders, could reform the situation.

We stand on the edge of an abyss of ecocide. Overpopulation, pollution, land overuse and other problems are the result of the policies of liberal democracy, which refuses to say NO to any person who wants to buy, sell, consume, breed or otherwise impact the environment. Humanity is like yeast in a bowl of sugar, eating all of the food heedless of the fact that with no resources, it will die out unlamented.

Back To The 1840s | Charlton Converges On Amerika.org Notion Of Solipsism As Evil