Marxism Is Politicized Solipsism And Nothing More 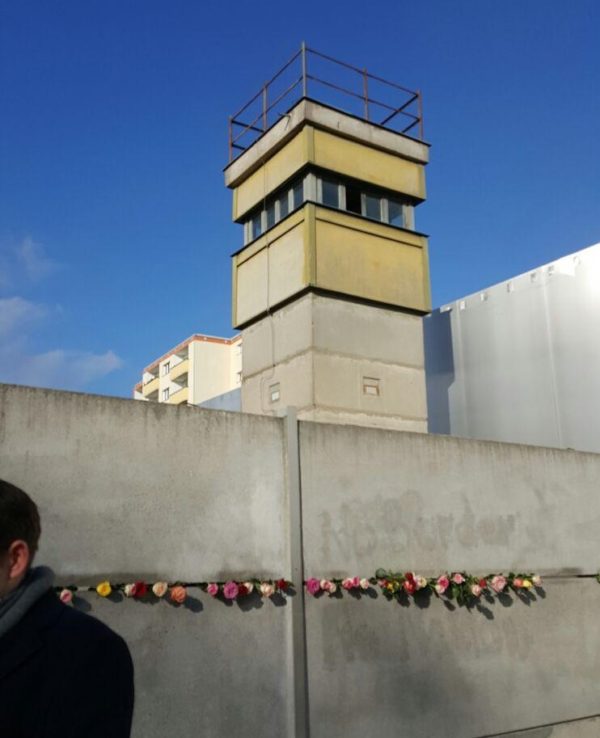 In Canada, Dr. Jordan Peterson is clashing with the State for his refusal to use arbitrary gender pronouns as is now apparently required by law. His reason for refusal is fascinating, and yet extremely practical, as mentioned in an interview:

Part of the reason I got embroiled in this [gender identity] controversy was because of what I know about how things went wrong in the Soviet Union. Many of the doctrines that underlie the legislation that Iâ€™ve been objecting to share structural similarities with the Marxist ideas that drove Soviet Communism. The thing I object to the most was the insistence that people use these made up words like â€˜xeâ€™ and â€˜xerâ€™ that are the construction of authoritarians. There isnâ€™t a hope in hell that Iâ€™m going to use their language, because I know where that leads…For me this became an issue because there is not a chance Iâ€™ll use radical, authoritarian language. Iâ€™ve studied this psychologically, and I know what it does.

People say that real Marxism has never been tried â€“ not in the Soviet Union, in China, in Cambodia, in Korea, that wasnâ€™t real Marxism. I find that argument specious, appalling, ignorant, and maybe also malevolent all at the same time. Specious because Solzhenitsyn demonstrated beyond a shadow of a doubt that the horrors [of the Soviet system] were a logical consequence of the doctrines embedded within Marxist thinking. I think Dostoyevsky saw what was coming and Nietzsche wrote about it extensively in the 1880s, laying out the propositions that are encapsulated in Marxist doctrine, and warning that millions of people would die in the 20th century because of it.

This is why Crowdism is an important doctrine: Marxism is not something new, but the eternal human temptation toward solipsism. It is us falling into our egos. This is a weakness inbuilt into every human, especially intelligent (which correlates with existentially fragile) ones, and when a society becomes successful, it blooms like a cancer.

It was obvious that it was coming because the Peasant Revolts in the 1500s had essentially the same ideology — everyone is equal, everything is shared, all is determined by human intent and not results because those lead to hierarchy. These may have been inspired by the Mongol Empire, perhaps the precursor to Communism, which used similar ideology as a means of appeasing its population so that they were easier to control.

People still do not understand the journey from individualism to a grey race and authoritarian state. Individuals fear the risk inherent in life, and demand guaranteed social inclusion so that even if they get it wrong, they are still part of the group. This clashes with the need for hierarchy for society to be functional, so the individualists form a little gang of Crowdists — those who advocate collectivized individualism — and act like a cult within society, promoting only their own true believers and beating down anyone else if they can. To justify their selfishness, they re-cast it as a type of Utopianism in which eliminating conflict (pacifism) becomes possible and desirable but dependent entirely on “equality,” or the concept that each person can do whatever they want and cannot suffer a loss of social rank for their failure or degeneracy. This creates a runaway ideological spiral where people attempt to demonstrate allegiance to these unrealistic ideas by forcing them on one another, which destroys social order. Society splits into many special interest groups, which leads to neglect of social institutions that then become taken over by the Crowdists, whose main goal is to externalize the costs of their actions to society at large so they can continue to have “anarchy with grocery stores.” The end result is that civilization collapses into a third-world state, which is how most societies die: popular revolt by the lower echelons, frequently called “workers” but more accurately described as unskilled and undirected people, combined with neurotic dropouts who failed at maintaining their position among the elites, becomes so focused on revenge that it destroys the basis of the civilization.

Marxism is just one version of Crowdism, but they are all very much the same: New Agey on the surface with lots of talk of accepting everyone, but underneath, unstable and therefore requiring increasingly authoritarian methods — both police enforcement and mind control through social influences — to avoid coming apart, which happens after they achieve dominance anyway because their methods are contrary to the mathematics of reality which require inequality to avoid lapsing into a condition like heat death.

Currently, we are in a time of chaos because a functional order was gradually discarded over the past thousand years and replaced by the post-war Leftist order which has recently revealed what happens when it finally gets the power it always wanted, after having cracked the system in 1968: it destroys everything. Society goes soft totalitarian, social order evaporates, people turn into cruel whores, the lowest common denominator prevails, work is slavery, cities are ugly, almost everyone is incompetent and stupid, our leaders are sadistically oblivious manipulators, and people have no hope because they see the tunnel closing in around them, and so become perverse, venal and selfish. This is every bit as end times / fall of Rome as it feels; the new-old order, which replaced the old order, is falling, and not gracefully as the old order did. It has ended civilization in collapse.

Those of us on the Alt Right, instead of dedicating our time to emoting about this like the other 99% of humanity, have instead focused on how to decrypt and debunk the arguments of the new-old order, and articulate what we want instead. The result is actual political effect instead of more narcissistic, self-focused moping as our fellow citizens seem to be dedicated to.

Diversity Is Neurotic Chaos | An Opportunity