Nativists Were Right All Along 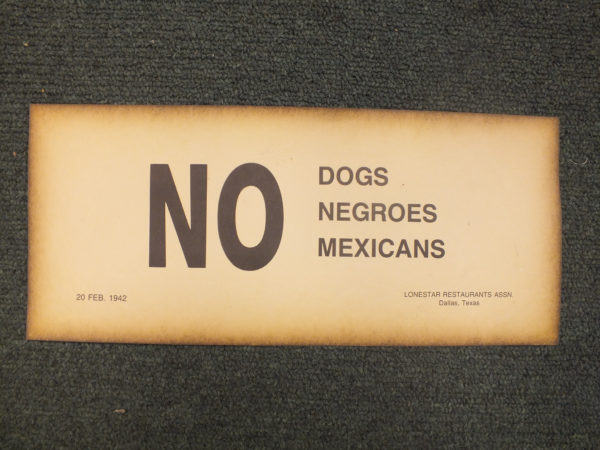 Over at VDARE, a reader writes in with a critique of anti-nativist sentiments by Cardinal [[[ Dolan ]]] and Archbishop [[[ Cupich ]]]:

Having been trained as an historian I find allegations of â€œnativismâ€ lacking in depth and accuracy. Ignored, in what can only be termed â€œvincible ignorance,â€ are the disastrous consequences of large-scale 19th Century immigration.

Overcrowded, disease infested, crime ridden slums, pressure on municipal water and sewer systems, corrupt machine politics, exploitation of immigrants by their own kind, were all products of cities overwhelmed by immigration. Are we to tolerate those conditions once again?

Dolan, whose roots are in Ireland, and Cupich, whose are in Yugoslavia, have good reason to oppose Nativism: those of us who are Nativists would send them back to their ethnic homelands. Nativism is the belief that a country should be populated only by those who are ethnically and culturally members of its founding group.

In the case of the USA, the founding group is Western Europeans: English, Dutch, German, Scots and Scandinavians. Those who came from other nations were of this heritage, even if their residence had been in places like, say, Ireland, because they owned property or served administrative roles there.

The quoted analysis misses the vital point that Nativists make: a society can only define standards when all of its members are heading in the same direction, which because genetics point to inclination, means of the same ethnic group. In addition, they must uphold that culture, or they are ethnic in name only, having become genetically broken or otherwise rejecting the behaviors of their heritage group.

This gets us past a discussion of whether the Irish (for example) are good or bad. They are what they are. The point is that mixing the Irish with any other group causes social breakdown. In addition to that, if any other group shows up, the resulting racial admixture will erase what the Irish are. This has happened before in history, and is why great empires tend to leave behind mixed-race groups that do not attain the potential of the original group.

Diversity does not work. This is not the fault of the groups involved. If you moved Chinese people into a high-performing African nation, and they do exist although only as parts of modern-day nation-states, the performance would vanish and be replaced by social chaos. The inverse is also true, or if you shipped the Irish to Africa.

1924â€™s National Origins Act reined in immigration with quotas favoring northern Europe from whence the majority population had come. It preserved the culture of the country and allowed immigrants to assimilate (before World War One started, many went back to the old country). Rising wages was one if its beneficial components.

As usual, democracy specializes in slamming the barn door extra hard after the horse reaches the neighboring county. The National Origins Act was a backlash against the feeling of creeping insecurity, loss of moral standards, and spiraling social disorder in the “diverse” communities of the day.

A Nativist would have sent the newcomers back home, repatriated Africans to Africa, and sent the Indians back to Siberia. Preservation of civilization requires this kind of Iron Law: no diversity, not even one drop. We can trade ideas with other cultures, and be friendly with them, as long as we all stay within our own borders.

The National Origins act was repealed in 1965 because Democrats were losing the white vote. Importing from failed third world cultures of the padrone and the peon was a ticket to permanent power: give aliens benefits and get votes. Encouraging illegal immigration is part and parcel of this movement, as President Obamaâ€™s present push to give aliens citizenship again proves.

In other words, the Left looked back in history and saw how well the Irish had served as voters for the Left during the early years. Why is this? Any immigrant group will be conscious of its origins as not of the founding group, and in order to act in self-interest, will seek to abolish the standards, values and culture of that founding group, eventually trying to abolish the group itself through outbreeding, or “silent genocide.” Only then will the non-majority group be free from competition with the values of the founding group.

And again, history repeats itself:

The Latin lobbies are not interested in assimilation but in taking over and pushing out the hated â€œAngloâ€ as La Raza (and the Mexican government) has made amply clear.

The letter writer, “Spirit of the Fighting 69th,” is correct in all that he asserts, but needs to go further. We can only exist here in America as a Western European nation both culturally and — in violation of the Leftist idea of equality — ethnically, or genetically. Race matters; in fact, it is the core of civilization.