Why The Left Is Fixated On Donald Trump 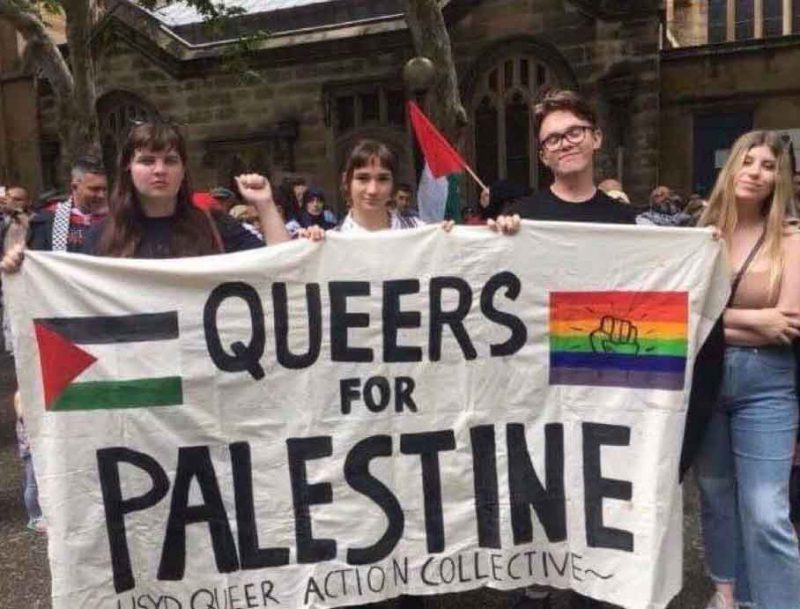 Right now, the Left in America is fixated on Donald Trump and his supporters. They are planning all kinds of nasty things to do to them. This is a distraction from two things: the wider cultural wave outside of Trump, and the fact that the coming civil war will be Leftists versus everyone else.

Trump provides a tempting target. He plays the matador, waving a red flag in front of the faces of the media and their herd, then with his other hand doing something devastatingly effective. While the mob was busy attention whoring and social status signaling about immigrant children, Trump moved to reduce government and change courts.

When the flag whips back and the Left realizes it has — yet again! — charged into empty space, their weakness is revealed. They are rationalizers; whatever happens, they creatively interpret it in such a way to make themselves personally seem like winners. They say, “I meant to do that,” and then charge again.

They fear what is happening in the rest of the bullring however. Trump is the crest of a wave; the rolling water underneath is formed of a general backlash against Leftism. Over the last seven decades, Leftists promised Utopia and now that they have had power for a generation, we see that they have delivered a dystopian nightmare.

As a result, people are defecting from the Left. Where once it was considered necessary to have Left-opinions in order to be part of the hip kids club or the people who are “educated” (a proxy for “intelligent”) and in the know, now there is no such faith. This terrifies the Left; their mind control device has failed.

They realize this is a broad wave, so they want to argue that it is the narrowest possible item. To that end, they fixate on Trump, as if he made it all happen instead of vice-versa. They also claim that Trump supporters are the ones doing the nasty things Leftists are doing. “The Leftist cries out as he strikes you!”

Looking at a broader pattern, we see a cultural wave against the Leftist Regime. In Germany and Austria, the AFD surges forward; in the UK, Brexit marches ahead; nationalist parties are gaining in Hungary and other parts of Europe. Mainstream films — outside of SJW fodder, which always fails — are turning more visceral and realistic.

The Leftists hoped that they could re-create the 1980s, where every entertainer was against Reagan and so a generation was brainwashed into Leftism, making the 1990s Leftist revolution possible, has failed. It has failed not because people are speaking out for the Right, but failing to speak up about the Left, just sitting this one out.

Social attitudes are changing too. There is no longer a feeling that a baker should be compelled to bake a gay cake, or that the founding group in this country owes everyone else a free ride. There is a thought that social engineering has failed, and we should let people sort themselves.

Even more, people are flirting with the idea of strong power. They are tired of the bad guys hiding behind layers of lawyers, court decisions, warnings, paperwork, regulation, and alliances in government. They want a solid moral standard and those who deviate to be stomped if not outright exiled.

For the last three generations, we have dumped our wealth and energy into creating a Leftist paradise that turned out to be a long trip into third-world failure, internal conflict, corruption, totalitarian methods, and ideological persecution. None of us want to relive the Soviet experience.

Sensing the Great Defection, the Left has doubled down on guilt and threatening behavior, but the response of most of America appears to be not wearing MAGA hats, but wearing no hats. They speak at the ballot box and the cash register. They talk among themselves. Now the Regime is the butt of jokes, not feared.

People openly acknowledge that the status quo cannot last. It is already past, and we are turned toward the future. We realize that Civil War may happen, but now, it will be Leftists versus everyone else, instead of a society trying to hang together on the basis of Leftist ideals.

One might say that the first Civil War was fought for the Leftist ideal of equality through centralization. The next Civil War will be about people breaking away from Leftism, and a good number of Americans expect it soon:

Thirty-one percent (31%) of Likely U.S. Voters say it’s likely that the United States will experience a second civil war sometime in the next five years, with 11% who say it’s Very Likely. A new Rasmussen Reports national telephone and online survey finds that 59% consider a second civil war unlikely, but that includes only 29% who say it’s Not At All Likely.

But 59% of all voters are concerned that those opposed to President Trump’s policies will resort to violence, with 33% who are Very Concerned. This compares to 53% and 28% respectively in the spring of Obama’s second year in office. Thirty-seven percent (37%) don’t share that concern, including 16% who are Not At All Concerned.

Since Trump’s election, a majority (55%) of voters believes America is more divided.

If you wonder why Americans keep buying guns and ammo, the Civil War thesis provides a plausible answer: they are getting ready to defend their neighborhoods.

We have seen how Antifa mobbed the streets, beat, burned, and killed people, and yet were given a pass by the media and all those “moderate liberals” who secretly nodded in approval and mailed off checks while insisting that they never, ever would do anything like that. We know the Left acts as a lynch mob of many layers.

It is not dead yet, the international Leftist conspiracy to seize the West and turn it into Brazil, but it has lost its power. Expect retaliation and other acts common to weak tyrants, but with each stab that it takes, the beast makes itself more odious to the rest of us, and heads further toward the abyss.