Achieving Its Full Victory, The Left Sees Itself Reversed 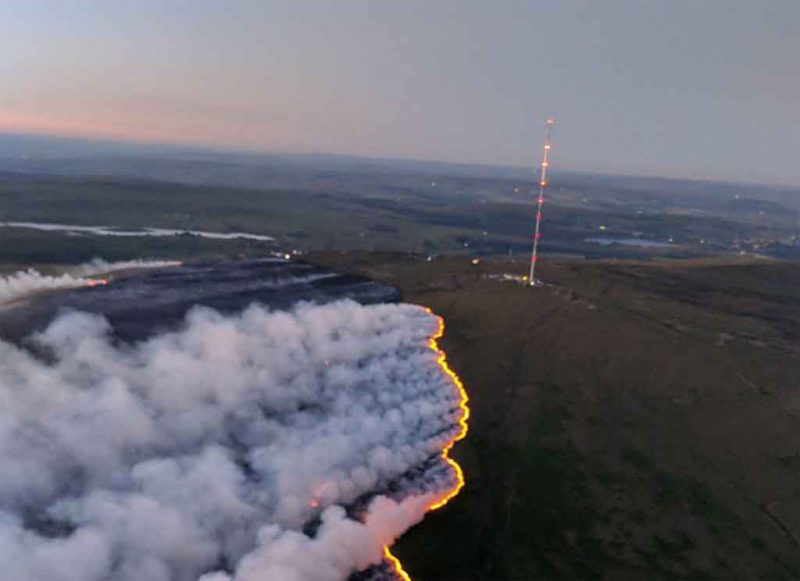 Leftism is like a forest fire: it may do your bidding for some time, destroying your enemies and increasing your power, but you cannot control it. It consists of an addictive idea, “more equality,” which quickly swallows up every other idea because it is simpler and less connected to real-world feedback.

Like a runaway chain reaction, Leftism then consumes itself, leaving behind only the grim realities of human power. We saw this with Napoleon and Stalin, maybe even in North Korea, and definitely among the killing fields and in the new capitalist-friendly crazy state Communism of China.

The problem with objects of pure power, like fire or chain reactions, is that they serve no master. You will control them for some time, but then they will consume you. They will rule you; they are the power, you are merely the temporary master.

At least, some groups formerly beloved of and in love with the Left are discovering that Leftism, as a runaway herd behavior chain reaction dumpster fire, is assimilating every group that adopts it:

Leftism has poisoned much of American Jewish life. That is the primary reason, as reported in the just-released American Jewish Committee poll, American and Israeli Jews are so divided on so many issues.

There were rabbis who announced they fasted when Trump was elected. Non-Orthodox synagogues around America sat shiva (the religious mourning period for a deceased immediate family member) when Trump won. And the Hebrew Union College, the Reform Jewish movement’s rabbinical seminary, had an Israel-hating writer as this year’s graduation speaker.

If you support Trump or Israeli Prime Minister Benjamin Netanyahu, or hold almost any traditional Jewish worldview — like God creating the human being as male and female — you must either hide your opinion or risk being ostracized at almost any non-Orthodox synagogue.

American Jews leaned Left after WW2 because they feared another Hitler. In their view, the worst scenario involved a resurgent nationalism, because a focus on national identity naturally excludes outsiders like Jews. The Left promised universal tolerance, and so Jews drifted toward the Left.

They could not control this monster, however. As soon as a Jewish organization got established, Leftists wormed their way into it and converted it from “pro-Jewish” to “pro-Leftist” (with an emphasis on Jewish issues, of course). Their defenders went from saving Jewish people to affirmatively promulgating Leftist propaganda.

Those of us who are critics of democracy could have told them how this would go. Every idea boils down to its simplest variant, and under democracy, that means the equality of all people. This means that a Jewish organization converts to a jihad for equality for all people so that Jewish people can have it, too.

Over time, the Jewish nature is forgotten and replaced by the robotic zombie groupthink of Leftism. No one is safe unless everyone is equal, because equality is our defense against losing social status for doing something illusory, stupid, selfish, corrupt, perverse, or otherwise outside of the narrow channel in which Darwin smiles.

Jews are not alone in this. Any special interest group which endorses Leftism will quickly find itself absorbed into that larger and simpler mob. We can see that in the Leftist assimilation turning events for specific groups into generic events:

Straight people showing up to gay pride parades is nothing new. But the growing phenomenon of straight young adults attending just to party, sometimes in large numbers, has burgeoned in recent years. University of California-Berkeley gender and women’s studies professor Paola Bacchetta sees it as a kind of co-opting of the underlying political necessity of the marches.

“It’s not in the interest of most (LGBTQ) people of color to be in this kind of celebratory type of gay pride that has absolutely no political vision,” she said.

She is incorrect: the Gay Pride parades have not been depoliticized, only removed from a pro-homosexual politics into a generalized pro-Leftist crowd mentality. The herd wants what it wants, and homosexual rights are a justification for rights for the rest of the herd, so at some point they discard the specifics and go with the overall momentum.

In other words, these parades are more politicized than at any other time… but they are politicized toward the Left, not toward homosexuality. Whatever identity the homosexuals had is now absorbed by and dominated by the simpler, broader Leftist identity.

Now let us look at the most blatant example. The Southern Poverty Law Center (SPLC) formed to protect impoverished and minority people from discrimination, but quickly became an anti-Rightist movement. Not surprisingly, the SPLC has collapsed as former supporters avoid it:

A coalition of 45 prominent conservative groups and figures called Wednesday on those partnering with the Southern Poverty Law Center to sever their ties, saying the center’s credibility has been further eroded by this week’s defamation settlement.

In a joint statement, organizations targeted by the SPLC as “extremists” or “hate groups” cited the center’s apology and $3.375 million payment to the Quilliam Foundation and founder Maajid Nawaz for including them in a 2016 guide to “anti-Muslim extremists.”

The settlement announced Monday comes as “tangible proof that the SPLC, which amounts to little more than a leftist instrument of political warfare against those with whom it disagrees, fully deserves the infamy which it has lately earned,” said the statement.

The Left lies — like a rug — and so they cannot distinguish between their reasonable appeal to the middle classes and the fanaticism that propels them. Normal people supported an end to racial cruelty, but not the opposite extreme, where all whites are penalizing for the failings of other groups.

The SPLC got absorbed by the Left. The Left, in its moment of victory, self-defeated by becoming fanatical. An agenda for fairness became a jihad for equality, and this drove away those who simply wanted to right social ills instead of social engineering society into a Leftist Utopia.

Leftism turns out to be like a mercenary army. They will defend a tyrant, but only until a better offer comes along. For modern Leftism, whatever appeals to a broader audience is that better offer, and so whatever allows itself to ally with Leftism will be absorbed, discarded, and replaced.