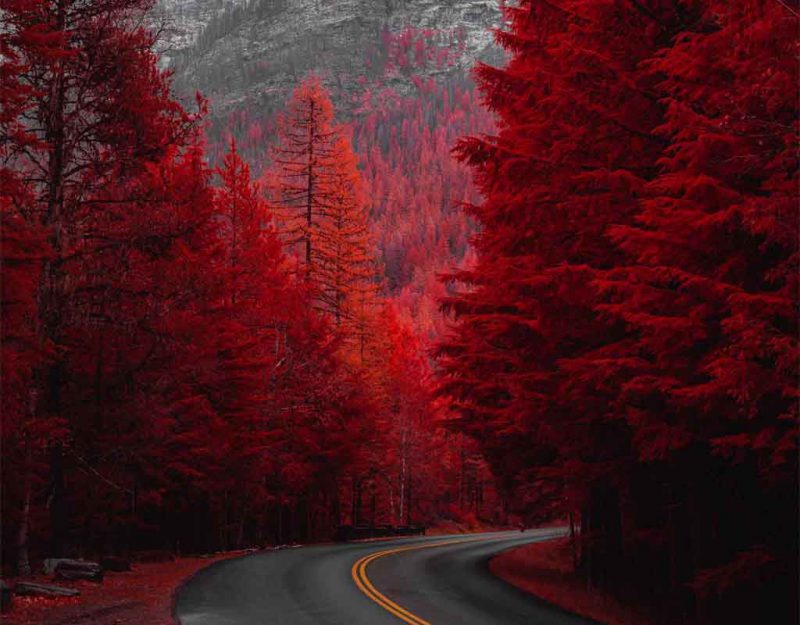 Mainstream political views consist of ways to work within the system, its precedents, and assumptions; outsider views want to work with a different system or substantially modify the core of our existing system. Some even want to discard it and go back to the kings.

Select outsider views seem similar because they share a common approach. Deep Ecology, Traditionalism, and Nationalism all throw out the idea of using the system or other external forces to shape people to do what is right, and encourage instead using culture to compel each other to behave.

Deep ecology, for example, wants to redesign society around the idea of existing within nature and according to its pattern order; Traditionalism wants to do the same for inner pursuit of the transcendent; nationalism, by sending away all other ethnic groups and keeping the founding group, intends to replace laws and economic incentives with culture, which then rewards behavior that is continuous to the founding of the group as well as preserving the unique genetic strain against adulteration.

Interestingly, these are compatible with conservatism as envisioned by Roger Scruton, who believed in the creative and constructive power instead of an impulse to destroy disguised as “progress”:

He told the story of watching protesters in the streets from the window of his apartment in Paris in May 1968, and realizing that building things of value (communities, societies, nations, legal and economic systems, institutions of civil society) is hard and takes time, while destroying them is easy and often accomplished in a flash. It was then, he said, that he became, or realized that he was, a conservative.

In this way, he applied a variant of Chesterton’s fence, namely a desire to understand why things are as they are and to preserve them and nurture them if they are realistic and good.

He created a philosophy of the love of home including nature:

Perhaps the most interesting element of Scruton’s brand of conservatism was his emphasis on the love of home, what he called “oikophilia.” Oikos, from which we take our word economy, means the household and names the order and guidance of a home. It is the private world of a family, but by extension also of a village, a people, or an ethnicity. In Scruton’s use, oikophilia is a principle of value for the small, the local, and the private that stands against universalism.

Universalism projects one truth, values system, and communication method upon all people, ignoring that humans are not only inherently unequal but greatly varied in their life choices and experiences as well. In his view, the time-tested and real was superior to the universal which serves as a control method that naturally destroys the good and replaces it with obedient conformity to the will of the herd and its taskmasters:

Oikophilia, Scruton argues, is what emboldens people to make sacrifices for their surrounding environment and neighbour. Scruton spends many pages tracing the history of oikophilia, particularly in his native Britain, and how oikophilia has been destroyed by internationalism and big-government subsidies and regulations. A good example would be the state of farming, where government subsidies and regulations have favoured agribusiness over local family farms, causing not only the small-plot farmers to suffer, but the environment as well. He outlines how British farmers in post World War II Britain were encouraged through subsides and quotas to remove hedgerows and transition from a more organic multi-crop way of farming to a monocrop, chemically dependent approach, thus destroying both the habitat for biodiversity as well as the very soil in which their crops were grown.

In light of the success of small-scale initiatives born out of a love of one’s own place, the question then becomes “How do we engender oikophilia?” In the bigger picture, Scruton would advocate for the lessening of central government control so that civic associations and local municipalities are forced to deal with their own environmental issues. Secondly, Scruton suggests that oikophilia can be fostered through education. In this regard I am reminded of Rachel Carson’s much quoted statement that “if a child is to keep alive his inborn sense of wonder, he needs the companionship of at least one adult who can share it, rediscovering with him the joy, excitement, and mystery of the world we live in.”

In this way, he pushes back against “progress” with the eternal and local, or specific to human experience, which is inherently esoteric or dependent on the ability of the person parsing it to understand it; there are no universal truths in esotericism because there is no universal human consciousness.

Scruton visualized a sharing of power with past and future ages so that our immediate wants and desires did not obliterate things of value:

When politicians address them with questions such as “How do we repair the economy?”, “How do we reform our educational system?”, “How do we ensure a fair deal for pensioners?”, there is one word in all such questions that stands out for them, and that word is “we”. Who are we, what holds us together, and how do we stay together so as to bear our burdens as a community? For conservatism is about national identity. It is only in the context of a first-person plural that the questions – economic questions included – make sense, or open themselves to democratic argument.

But a rule of law requires a shared allegiance, by which people entrust their collective destiny to sovereign institutions that can speak and decide in their name. This shared allegiance is not, as Rousseau and others argued, a contract among the living. It is a partnership between the living, the unborn and the dead – a continuous trust that no generation can pillage for its own advantage.

In this way, he emphasizes continuity and reverence, or the idea of the transcendent: that which inspires in us an appreciation for the function of the world so that we can overlook the “veil of Maya,” or the disorienting and sometimes fearful methods like natural selection used to achieve that beauty.

Nationalism, Traditionalism, and Deep Ecology converge on this idea: we cannot use external forces to shape us into behaving as if we were identical parts on a factory assembly line conveyor belt, but instead must develop within us an urge to preserve and nurture the good, and exclude the bad.

Until we make this transition, we will be constantly attempting to control each other in the name of finding the “right” form of conformity, but this simply enables people to do a token job and then continue being bad when off-camera.

Instead, we need a civilization dedicated to the eternal things: beauty, goodness, realism, sanity, health, and decency. We can only achieve that by forging it in the center of our souls, investing it with our hope, and then holding each other to this mutual standard.

Inverting The Inverted, Or How I Learned To Love The Diversity Riots | Osiris Akkebala Leads Black Nationalists To The Possibilities Of Africa