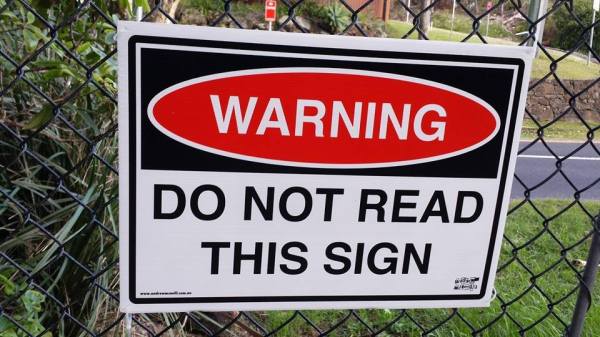 People in modern times are conditioned by buying products. First, you invest nothing in the product but your money; you are not required to thrust forth energy into understanding it or comprehending its context. You need a vacuum cleaner – locate; buy; read instructions. Second, they are accustomed to selecting from interchangeable philosophies. A vacuum cleaner does not demand that you re-interpret your other philosophies of cleansing, or that you find a broader framework of understanding why to clear. You match problem (dirty carpet) to solution (cleaning machine) and plunk down the credit card, ready to go.

For this reason, when people schooled in a modern way of life attempt to approach philosophy, they almost always make a mess of it by falling into a kneejerk pattern of trying to match “issues” to solutions that are disconnected from a systemic approach and therefore, as philosophy, fail. In fact, most of what people would call “philosophy” is a grab-bag of caveats, self-conceptions and homilies; there is nothing that unites metaphysics and epistemology and ethics within it, for example. It is this type of person who approaches the writings here and, not wanting to admit the logical connections are lost to them, declares them to be “ranting” or “incoherent” or that old standby of the embittered, “it’s just a bunch of big words to make you seem smart.” Crowdism there, indeed.

However, if one is willing to not read between the lines, but look at these philosophies as logical tools much in the same way different pieces of software make up an operating system, it reveals the function behind what otherwise seem as rootless pronouncements coming out of the void. In this article, we look at four major components of the beliefs expressed here, and illustrate how they are connected and thus what implications for the whole can be drawn from their presence.

The initial confusion here is that idealism in the populist vernacular means any kind of belief in a progressive or utopian sense, and when we speak of “idealism” we generally refer to someone who screws up reality for some starry-eyed optimal ideal. In the philosophical sense, “idealism” means a belief system in which the cosmic order is composed of, or acts as if it is composed of, thoughts. The Cambridge Dictionary of Philosophy expresses it well:

“The philosophical doctrine that reality is somehow mind-correlative or mind-coordinated — that the real objects constituting the ‘external world’ are not independent of cognizing minds, but exist only as in some way correlative to mental operations.” – Cambridge Dictionary of Philosophy, Second Edition

There are two components to this belief. First, we understand the world only through the process of thought. Second, the world acts much as our thoughts do, and because all of our actions thus affect the design of the external world, our actions are like thoughts: a series of reasonings which are by process of elimination filtered into an answer. This answer is the working hypothesis upon which the next level of thought is built.

Idealism is important because it navigates a path between materialism (belief only in material value) and symbolic-literal thinking, in which individual thoughts are more important than reality. Idealism joins human thought and the working of the world by pointing out they have a common mechanism, and thus a common end. It is not dualistic, nor is it solipsistic; idealism is like a highest-level abstraction that explains the motivations of both humankind in world in evolving the design of their thoughts to greater levels of discipline, clarity, and interconnectedness.

In other words, for the world to think, it is required that we act; our actions, by changing reality, change whatever thoughts correlate to or cause changes in our physical environment. In this sense, much like an inventor with a blowtorch, our actions are the process of designing or redesigning our world, and the reason we act is to achieve change in the design of external reality, or an abstraction of its function. The design may actually exist, like DNA does, or it may merely be our method of understanding how the world can be predicted through consistent tendencies inherent to its operation (some call these “natural laws”). By altering reality through our actions, we alter the design of our world and if we do so in accordance with natural laws, enhance its function or our position within it.

What is essential for perceiving this design and its changes is a sense of “realism,” or a taking of changes in our physical world to be the totally of existence. This separates our thoughts and feelings from our recognition of changes in our external world, and allows us to point clearly at something known as “reality,” even if we later interpret it as a process of thought which we change with our deliberate actions. Since this later interpretation will be exacting, and will require us to perceive patterns in our world and then anticipate them with our actions, we call this belief in the primacy and consistency of the external world “realism.”

If we are to act on our world and change its design, we must do so with a clear understanding of how it works, and not act on thoughts which are solely confined to our internal design, and are not shared by the external. This requires that we clear our minds of illusion and tighten the correspondence between our perception of events and the actuality of what occurs, so that we might predict as exactly as possible our actions to manipulate our world. Nihilism is the process of clearing away all belief and preconception from the process of perception, so that we see simply what is and do not encumber ourselves with illusion, or emotionalism, or other pitfalls of consciousness.

Nihilism is controversial for many as they confuse it with an utter lack of belief in anything, or in the effectiveness of anything. This highlights the difference between a belief that colors interpretation, and a belief in value, in that values beliefs do not affect how we see the world but they influence the choices we make as to how we change it. A nihilist may hold deeply-felt beliefs, but will cease to be a nihilist the minute he or she allows these beliefs to intrude upon a realistic perception of the cosmic order. Values are not to be used to interpret the world, but are something that we act upon it so that in the changing of its design we bring them closer to manifestation.

These philosophies imply a framework that embraces all of them. Nihilism allows for perception of reality, and realism means that we accurate see its design, while translating that into a thought process of the cosmos through idealism. All of this so far has been operational, in that it describes the workings of the world and our means of interpretative it; none of it has been prescriptive, or instructive of a values system which suggests what we should do with this system. To address this need we have integralism.

Integralism posits a unity of human and external events and thoughts. From comparison of our own intentions to the operations of this cosmic order, we determine how well-adapted our ideals are. This allows us to understand what a higher value might be: a more elegant, greater adaptation which increases the quality of our lives in harmony with the order of the cosmos. It is the achievement of these higher values that is the core belief of integralism, and its prescriptive goal as passed on to any adherents: discover your world, get a clear picture of its design, and work to complement that design, as the same language which describes external design also describes internal adaptation, e.g. the beauty found in thoughts and imagination.

William Blake once said that “If the doors of perception were cleansed everything would appear to man as it is, infinite.” When we unite our imaginations to the process of the universe, as is found in the belief system of idealism, we have opened up that continuity and are now closer to accepting our mortality as part of that larger plan. In this we have found perhaps the one bliss that exists for thinking creatures, and we have done it by entangling ourselves with that which we fear most (nothingness) and finding a sense of order not within it but that includes it. It is this inclusion that forms the basis for our believe in turn in continuity, as we see that all dark things lead to light, and vice versa.

Philosophy does not succumb well to a product-oriented outlook. It is something that does not mix and match well. Regardless of the point of entry chosen, the beliefs of the individual must eventually resolve into a comprehensive worldview, or be seen for what they are: scattered borrowings with no unity. While this makes it difficult to initially comprehend the worldview espoused on this site, it makes it far easier, once one has accepted its genesis in ideas, to explore its breath and find from it an explanation of and response to our world.