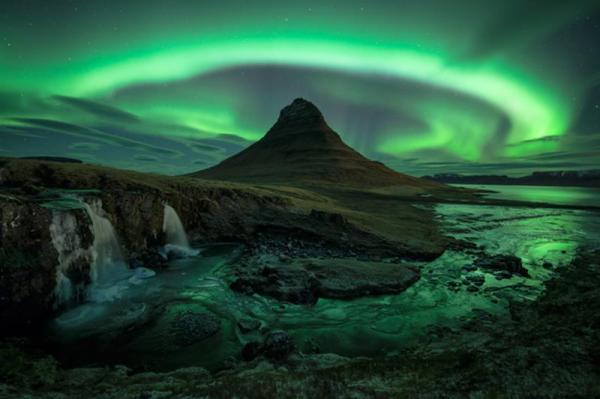 As our modern society continues to implode on both an organizational and emotional level, many of us seek other answers. One popular one is Traditionalism, which posits that a universal integral order exists between nature and man based on role and context more than “thing-in-itself” logic including individualism and materialism. While this is a great start, it also opens a doorway to great ignorance for those who partially understand these concepts. Such people, called “Tarditionalists,” have hopelessly confused the genre for most by making it into metaphysical drama and theatre.

The solution to ignorance is not to fight it, but to construct a counter-ignorance platform, and so here we introduce several resources that can quickly and easily get you up and learning traditionalism.

While you read, I suggest you keep in mind a single principle: that the scientific method implies that reality operates by consistent principles, and that if we create adaptive responses to these that are accurate to the consistent principles of the world, we fare well; if we do not, we fail. In this light, we can see how all of history is a process of smart people sticking to reality, and others following a fashion or trend to deny reality in favor of a “social reality” which seems to work for awhile then fails because, having drifted far from a response to reality, it is unrealistic. The natural order is not just outside of us, but within us, much as patterns emerge in diverse media with similar but not necessarily visually similar configurations.

Traditionalism is the original idea: that our actions correspond to adaptations to nature both within and without, so there are eternal truths to life. This is in direct contrast to the view that morality or technology have changed the rules of the game. Anyone who has ever been in a relationship, or faced a great fear, knows how eternal the real experience of life can be.

Radical traditionalism gained a new voice with this collection of essays that rediscover the ancient world through modern methods and an open-minded, liberal study of the past that does not seek to condemn it for the convenience of our mechanistic, commercial and populist empires. Topics range across the board but articles all seek to explicate through concrete example the dual spiritual and practical benefits of a radical Traditionalist outlook.

This radical environmental movement blames “The loss of traditional knowledge, values, and ethics of behavior that celebrate the intrinsic value and sacredness of the natural world and that give the preservation of Nature prime importance.” They then give us practical solutions: localize, downsize, and lower population.

If your ancestors are from central Europe, the UK or the United States, chances are good you have a German in the family. Flowers explores traditional thought and iconography through a study of traditional Norse-Germanic practices and emphasizes the wholesome, spiritual and intellectual values of this approach. In his view, as that of many other scholars, organic cultural preservation is the one force that can restrain the reckless expansion of commerce and by its hand, mass culture.

Ever since ancient philosophers observed that as soon as sea trade was established, and the polyglot language of cities solidified into a single language — commerce –, culture failed and with it institutions became corrupted, the idea of opposing the common factors among commerce, modernity, single-factor thinking, and what we now call globalism has been on the tips of many tongues. While these philosophies are not labeled with the Traditionalist category, they use the same logical foundation to point out how far we have drifted from reality — by drifting away from our inner selves.

Start here for a simple and forthright assessment of how a lack of harmony with our world has made us into monsters who hate themselves. Assaulting architecture, pollution, culturelessness and commerce at once, one of the last surviving members of the aristocracy points out in clear and enigmatic language how foolish and misleading the modern dream is, and how it has brought us into increasing disorder with promises of “freedom” it has not delivered.

Dishonesty, like cracks in a wall, can only spread as the convenient practice of telling partial truths or outright misleading is applied to everything, even our knowledge of our world and ourselves. This book provides a battle plan for stopping the practice of gentle lying in your life, and as a result, conditioning your brain to face each situation honestly without necessarily submerging itself in negativity and depression.

The question of how to connect our knowing, judging minds with a reality that passes before we can parse it remains the focus of most esoteric religions. In this short and informal philosophical discourse, Woodruff shows us more than tells us, through a process of saturation in anecdote and observation, how rediscovery of our ability to revere nature and the beauty of life by putting off our fear of it can, through conditioning us to see the whole picture, re-sacralize the reality which we inhabit and escape the smaller, boxlike world creating by our judging minds.

Love and Nihilism: A Parallelism Primer

Written by the same author as the piece you are now reading, this philosophical treatise invents parallelism, which is a way for us to learn to appreciate the interconnected forces that render reality, and stop paying attention to appearance so we can start paying attention to Plato’s “intelligible” or design-based view of reality. If you like what you’ve read so far, this short piece may direct you toward other areas of practice through its information-based analysis of reality.

The middle ages: less backward than we thought | The politics of making the ego look good on the internet