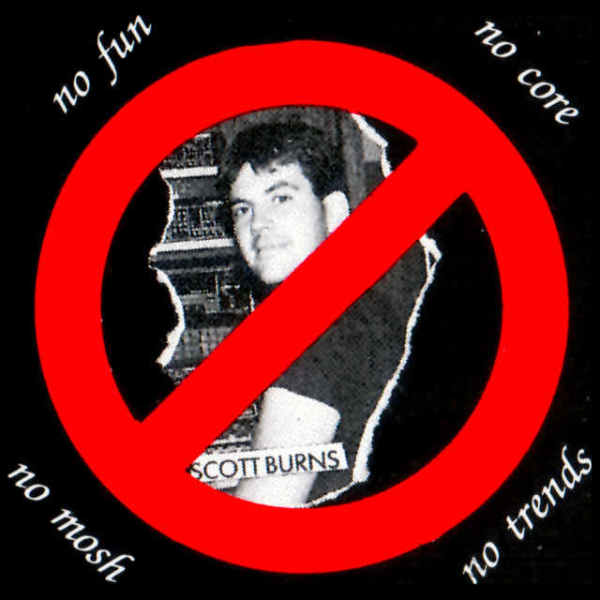 Science suggests that socialization has an evolutionary effect on animals: it makes their brains more complex, perhaps bigger, to deal with the infinite interdependent details of manipulating other individuals. All things in nature however fit onto a kind of bell curve where too little is not enough, but too much becomes not enough of other necessary things, and leads to a collapse of the system. It is not unprecedented to assume that too much socialization might make individuals oblivious to anything but socialization.

Those who are familiar with this balance come to distrust trends. A trend can be defined as any behavior which is transmitted on the basis of its popularity, and not its inherent value. People select it by proxy; because others do it, it must be smart. Some trends are not destructive: if one sees a crowd fleeing a predator, it is not entirely unwise to follow, but a crowd fleeing an imaginary fire will trample those who join it. For this reason it is wise to suspect any trend which has no corresponding stimulus in reality. We who have grown up among the socialized look for smoke when someone calls “Fire!”

Most trends are simple behaviors that keep those with no capacity to think or lead busy, and the worst thing they generate is landfill (piles of Emo CDs, “Baby on Board” signs, Kewpie dolls dot the nation’s garbage heaps). However, in a socialized system, trends tend to pile up and while it is easy to recognize the new ones, it becomes hard to see the more pervasive ones — these tend to be the broadest and most fundamental assumptions of those one meets on the street. The greatest trend of the last two thousand years has been utilitarian individualism.

Utilitarian individualism is the idea that we must please ourselves with what exists instead of striving for an abstraction that not all can see; like all forms of government or social principle, it is a control mechanism. It starts from the principle that material obligations liberate the individual, and progresses to the idea that the individual pursuit of pleasure is more important than the pursuit of an accurate abstraction of reality and the tendency to master it such as to create an ascendant civilization: art, philosophy, science, religion and heroes of a higher level than would be expected from the simple material needs of life. Descending civilizations concern themselves with what exists right now, and how to divide it up, where ascending civilizations direct themselves toward conquest through creation.

From this materialistic individualist perspective comes a morality of the physical such that we judge actions by their potential material consequences on individuals, and are blind to the impact of individual actions upon the whole; the individual has become sacred, and what inconveniences an individual — even if a higher state for all of civilization is to be gained — is viewed negatively if not outright made taboo. Our morality is materialistic in that we think it “exists” as an absolute categorization, where the ancients saw morality as a matter of motivation and the significance of acts in the physical world. To an ancient society, to intend evil was the same as having a poor philosophy of the world, and intent naturally led to acts which would be seen as evil. The modern view of the world sees only the act, classes it as evil, and therefore attributes an evil mindset to the doer. Ancients believed evil was mental error, but now we believe it is an inescapable category and thus refuse to see how our ideas might be mediocre and thus destructive — evil.

In the ancient system, evil and good were like heaven states of mind, and the gods were personificiations of nature, not some powerful deities existing in a space that like technology acts on our physical world from an abstraction and is mechanically consistent. Modern people think of religion and morality like machines: the act originates from a desire toward a function with no necessary mirror in reality, a pure arbitrary “evil” that can have no worth in life. Gone is the idea of evil as an extension of predation or parasitism. We in our modern wisdom need to make up reasons for the fundamental categorical altering of the evil individual, so we see them as motivated not by logic but trauma from child abuse, financial gain, etc. We believe to do evil is to intend evil, or to be of an evil machine-function, but choose not to notice evils which may arise simply from bad logic.

All of this supports the over-arching trend of looking away from the world as a whole, and accepting time as a series of moments with cause and effect, to instead see it as a matter of what already exists and how individuals will exploit it. Translated loosely through the filter of motivations, this can be seen as a desire to back away from rising above our fundamental obligations — eat, sex, sleep — and to legitimize them as goals. The modern trend is a shattering of goals beyond function and the pursuit of the comfort of the individual. Translated from the perspective of the single human to that of all humans, it is utilitarianism: that which most people consider in their interests is right; forget all those abstractions like better art or ideas, or even comparing ideas at all. Everything is an arbitrary choice.

Of course this trend has its defenders. “It’s simply human nature,” they say waving a hand in that dismissive coffeehouse gesture normally reserved for mention of Republican candidates. Or: “But it’s what I want.” Even worse is the moral argument, which is utilitarianism translated to religion — the only moral right is allowing most people to pursue what they see as the fulfillment of their interests. And what if they’re wrong? Well, no choices are wrong you see… it’s all machine function… unless you disagree, in which case you’re evil (abused child, mental illness, drug addiction, service in Viet Nam, or even greed are to blame).

Where the ancients saw a world of both positive and negative attributes, and determined to accept those as method so they could transcend them in order to achieve the greater positives — art, culture, religion, learning, heroism — that life has to offer, the modern trend-person is stranded at acceptance of negativity. We don’t want to accept it. We want only the positive, but since we cannot accept the positive, we achieve only the material positive, the here-and-now, the limited to the individual… we forego the greater positives that can be had by accepting the negative as part of the mechanism of life, and thus using it for the purposes of achieving those higher positives. We just don’t want to see the dark side, whether it’s death, aging, fatness, baldness, hemorrhoids, war, chaos, sodomy.

The ancients did not have a science of mechanical logic, or acting upon the world to produce uniform results. Their science was inseparable from the world, as was their religion. This bonding with the world and acceptance of its nihilism (one must kill to eat, other things may kill you, some are stronger/smarter than others, some ideas are wrong because they conflict with reality) was what enabled them to stop struggling against the darkness in reality and to start looking past it toward transcendence and the creation of greatness. In their view, this entire world is a machine, and it enables those who understand it — like a paintbrush, a musical instrument, logic and martial skills — to choose what they wish to render. In that was the spark of transcendence, or a rising above material circumstance to see the creative aspects of life and to embrace them. Modern trend-people remain stranded in material circumstance, and consequently have no culture to speak of.

Still not all have joined the trend. It is encouraging to see a Kraftwerk record or Tom Wolfe book join the bestsellers, because it means those who understand the eternal philosophy of life are still out there. These are the people who see the genius in nature and let that override their fear of becoming prey or dead; these are the people who live not for what exists now but for what creativity, hard work and genius can provide. They are transcendents, like the ancients, and although there are fewer of them every year they persist in the knowledge that illusion always leads to a downfall, and that this modern world has a clock ticking over its head like the culled characters in the video game “Lemmings.” Their transcendence is the mark of a higher culture, like that of the ancients; as a whole society, we have abandoned this worldview, and our fortunes have waned in consequence even if it has taken 2,000 years to see.