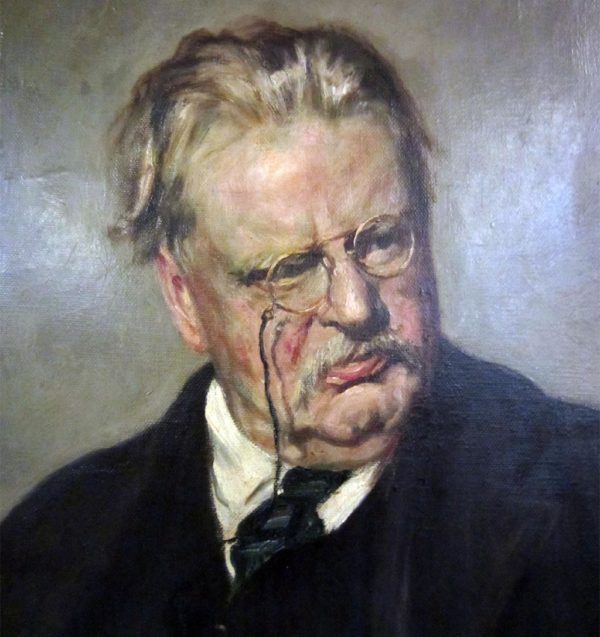 Authors gain a footnote or chapter heading in history based on the accuracy of their descriptions of reality, even in fiction. Metaphor provides a powerful technique for describing the world around us, its patterns and tendencies, and our relationship to them.

Gilbert Keith Chesterton (1874-1936) provided us with an abundance of metaphors, including “Chesterton’s Gate,” a defense of that which is historically functional against those who would replace it based on conjectural ideology. He describes the past as time-proven against the present which may not understand that history, but would do well to investigate it:

In the matter of reforming things, as distinct from deforming them, there is one plain and simple principle; a principle which will probably be called a paradox. There exists in such a case a certain institution or law; let us say, for the sake of simplicity, a fence or gate erected across a road. The more modern type of reformer goes gaily up to it and says, “I don’t see the use of this; let us clear it away.” To which the more intelligent type of reformer will do well to answer: “If you don’t see the use of it, I certainly won’t let you clear it away. Go away and think. Then, when you can come back and tell me that you do see the use of it, I may allow you to destroy it.”

This paradox rests on the most elementary common sense. The gate or fence did not grow there. It was not set up by somnambulists who built it in their sleep. It is highly improbable that it was put there by escaped lunatics who were for some reason loose in the street. Some person had some reason for thinking it would be a good thing for somebody. And until we know what the reason was, we really cannot judge whether the reason was reasonable. It is extremely probable that we have overlooked some whole aspect of the question, if something set up by human beings like ourselves seems to be entirely meaningless and mysterious. There are reformers who get over this difficulty by assuming that all their fathers were fools; but if that be so, we can only say that folly appears to be a hereditary disease. But the truth is that nobody has any business to destroy a social institution until he has really seen it as an historical institution. If he knows how it arose, and what purposes it was supposed to serve, he may really be able to say that they were bad purposes, or that they have since become bad purposes, or that they are purposes which are no longer served. But if he simply stares at the thing as a senseless monstrosity that has somehow sprung up in his path, it is he and not the traditionalist who is suffering from an illusion. — G.K. Chesterton, The Thing (1929)

The same applies to nature: humans frequently assume that nature is arbitrary and therefore in need of fixing when in fact what they are seeing are behaviors that have functioned better than anything else discovered so far. When people say that we need new “genders” or to change time-proven ways like the family, aristocracy, faith, culture, virtue and honor, they are attacking Chesterton’s fence just as when they claim that we can exploit natural land and not worry about our impact on the species or ecosystems there.

If people were inclined to be honest, they would realize that the real test for any new idea is not “Will it work?” which is a minimum-based standard, but “Does it work better than what was there before?” because this is the standard used in nature and history. A new way needs to prove that it is worth converting to, not that it plausibly functions and therefore, it is argued, is better than what went before.

Podcast Episode #12 | Is The Sexual Identity Confusion of Our Time The Result of Pesticides?